Zimbabwe: Govt Plans Law Against Those Calling for Sanctions 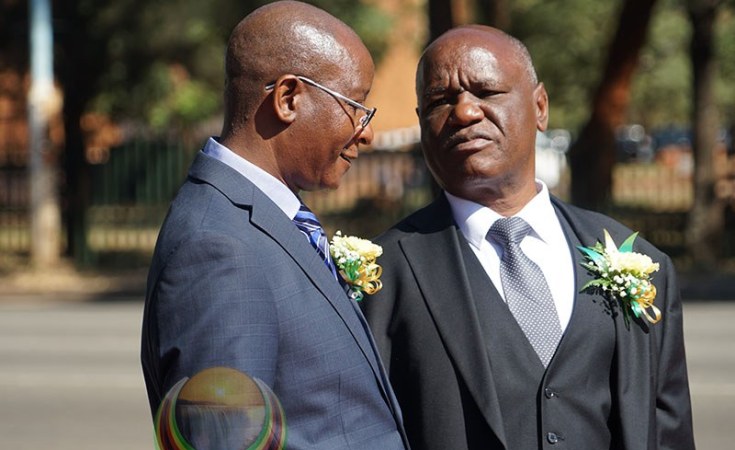 President Emmerson Mnangagwa's administration will support calls for a law to sanction citizens who support moves by foreign governments against the State, Justice Minister Ziyambi Ziyambi has said.

Ziyambi told NewZimbabwe.com in an interview at the weekend that the country's ability to transact in the international system has been highly compromised by sanctions imposed by Western powers.

"We support the call for those calling for the imposing of sanctions on this country being arrested," Ziyambi said.

The cabinet minister's call comes ahead of the government and ruling party organised anti-sanctions protests set for this Friday in Harare. The protests is to demand the unconditional removal of the "illegal sanctions" that government argues is responsible for the country's economic woes.

Added Ziyambi: "It is very painful when people believed that there are targeted sanctions. Business people out there cannot transact internationally. We are subjected to a lot of questions when you want to transact and transfer money from Zimbabwe to do business."

"Sometimes the transactions do not go through and our business people will tell you this is happening.

"I believe that we have to start working at a law that will ensure that those people who are not patriotic who brought this suffering to others are brought to book and we craft a law along the lines of the Logan Act."

Government has set aside 25 October as a day to call for the removal of sanctions imposed on the country nearly two decades ago.

Last month, Sadc Heads of State and Government declared October 25 as the day to stand in solidarity with Zimbabwe against the sanctions when they met in Tanzania.

Different countries in the region have indicated that they will carry out various activities on the day.

The regional block has since taken the call to United Nations General Assembly demanding the removal of the restrictive measures.

Prison Time a Possibility for Zimbabweans Calling for Sanctions?
Tagged:
Copyright © 2019 New Zimbabwe. All rights reserved. Distributed by AllAfrica Global Media (allAfrica.com). To contact the copyright holder directly for corrections — or for permission to republish or make other authorized use of this material, click here.