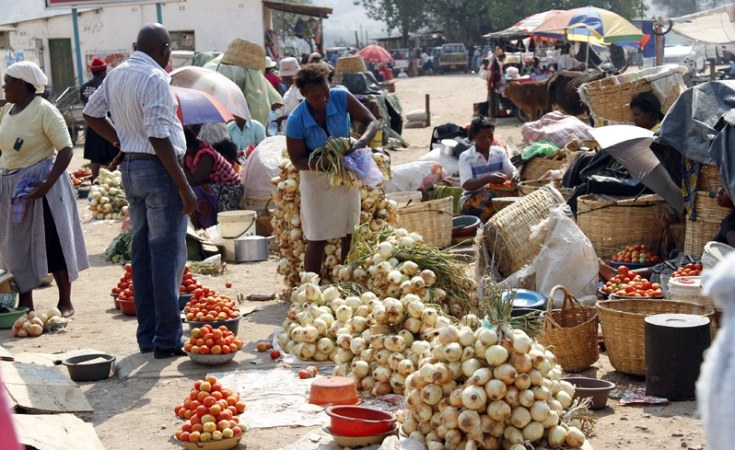 The country's biggest opposition has reacted angrily to the death in State custody of a vendor on Saturday.

In a statement, the MDC youth assembly described Hilton Tafadzwa Tamangani's death as a "daylight murder."

"As the MDC youth assembly we call upon Zimbabweans from all walks of life and across the political divide to listen to the voice of reason and challenge this act of cowardice and human butcher," assembly spokesperson Stephen Chuma said.

Chuma added: "This is the same regime that even wants us to believe there is a third hand to violence and abductions yet they kill in broad daylight without shame."

"This should provoke the collective anger of all citizens in a normal country," Masaraure said.

"This is a clear case of police brutality and harassment that has resulted in the death of an innocent citizen. We are not going to take this lightly. We will do whatever humanely possible to ensure that police brutality is brought to an end.

"The State and its apparatus must know that you can't kill and go unpunished. Justice must prevail and we are going to enforce it," Sithole said.

United Kingdom based academic and law lecturer Alex Magaisa wrote on his Twitter handle saying "it's murder by the state."

Writing on its Twitter handle Saturday, Zimbabwe Lawyers for Human Rights (ZLHR) said its attempt to have private doctors attend to Tamangani were in vain as the Zimbabwe Prison Correctional Service officers shot down the request.

"We did all we could to have Hilton treated by private doctors but ZPCS could not entertain our request," the human rights lawyers' body said.

Tamangani was among the 11 vendors who were rounded up by riot police a week ago following the discovery of some 250 helmets in the basement of a building in Harare.

In a statement, the Vendors Initiative for Social and Economic Transformation (VISET) demanded a comprehensive investigation to ascertain the circumstances behind Tamangani's death.

"We therefore call for a full investigation into the matter and the arrest of those responsible for this heinous crime. Further, we demand the immediate and unconditional release of all the vendors still incarcerated for simply trading in the streets," the vendors body said.

U.S. Imposes Sanctions on Zimbabwe's State Security Minister
Tagged:
Copyright © 2019 New Zimbabwe. All rights reserved. Distributed by AllAfrica Global Media (allAfrica.com). To contact the copyright holder directly for corrections — or for permission to republish or make other authorized use of this material, click here.