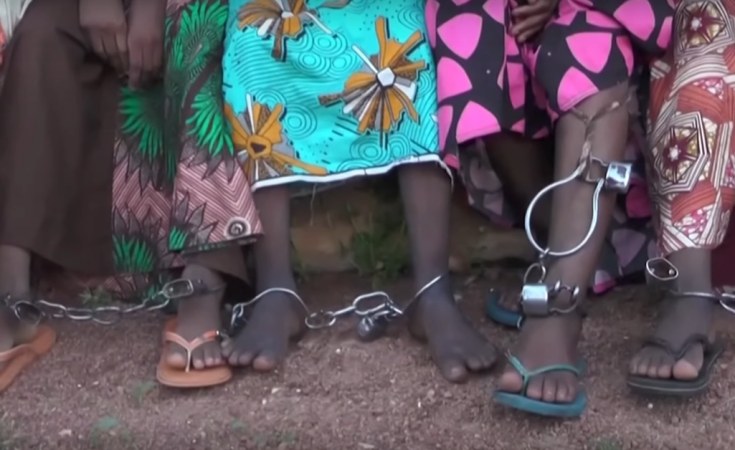 Screenshot/YouTube
Nigeria Koranic school closes amid crackdown. The detainees spoke of being tortured, chained up and some said they were sexually abused.
Daily Trust (Abuja)
By Mohammed Ibrahim Yaba

Kaduna — The Commissioner, Ministry of Human Services and Social Development in Kaduna State, Hafsat Baba has said there were four foreign inmates among those evacuated from Malam Niga's Rehabilitation ‎and Skill Acquisition Centre in Kaduna.

She said they will be handed over to Nigerian Immigration Service for deportation.

The commissioner said the four foreigners were from Niger Republic and Cameroon and that communication had been established with their family members.

She told Daily Trust that most of the inmates evacuated from the centre located at Rigasa Community of Igabi Local Government Area were not from the state.

‎"Most of the inmates are not from Kaduna State. We have over 30 of them from Niger state, Maiduguri, Adamawa, Sokoto, then two from Niger and two from Cameroon.

"We are handing the foreigners to immigration service even though already, their parents have already started communicating with us. But it's the immigration that will take them to Niger Republic and Cameroon. They were all adults," she said.

The Commissioner added that the state government have started constructing state-owned Correctional centres, one in each of the three zones of the state, for juvenile which are under ministry for justice.

Looking Back on 20 Years of Sharia Law in Nigeria's North
Tagged:
Copyright © 2019 Daily Trust. All rights reserved. Distributed by AllAfrica Global Media (allAfrica.com). To contact the copyright holder directly for corrections — or for permission to republish or make other authorized use of this material, click here.