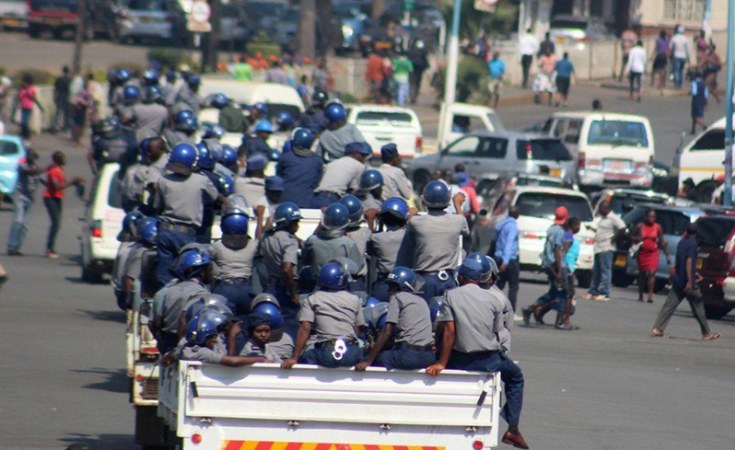 A lawyer who was at the courts told newzimbabwe.com that the two had been charged with disorderly conduct.

The duo were part a small crowd that briefly protested outside the Rotten Row Magistrate's Court where 10 of the 11 vendors arrested last week were appearing for initial remand.

One of the 11 Hilton Tamangani died in custody on Saturday allegedly from torture at the hands of police.

According to the Zimbabwe Lawyers for Human Rights, Haruzivishe and Ngadziore were assaulted before they were taken to Harare Central Police Station.

Ngadziore and Haruzivishe are represented by Gift Mtisi a member of the Zimbabwe Lawyers for Human Rights.

While Mtisi was not immediately available for comment, Douglas Coltart, a human rights lawyer who witnessed the assault and arrest of the MDC activists tried in vain to reason with the anti-riot police who according to him had no basis for arresting the two.

"There is no ground for arresting people who would have come to the court to offer solidarity to the victims of police assault and torture. They were just singing outside the court when the police descended on them.

"Some were beaten before they were arrested. This is just typical of a repressive regime. Here we have a person who was assaulted and tortured by the police and later died in a remand prison," said Coltart referring to Tamangani.

"It is just the state which is terrified by the people."

The two were still being held by police by end of day Monday.

U.S. Imposes Sanctions on Zimbabwe's State Security Minister
Tagged:
Copyright © 2019 New Zimbabwe. All rights reserved. Distributed by AllAfrica Global Media (allAfrica.com). To contact the copyright holder directly for corrections — or for permission to republish or make other authorized use of this material, click here.