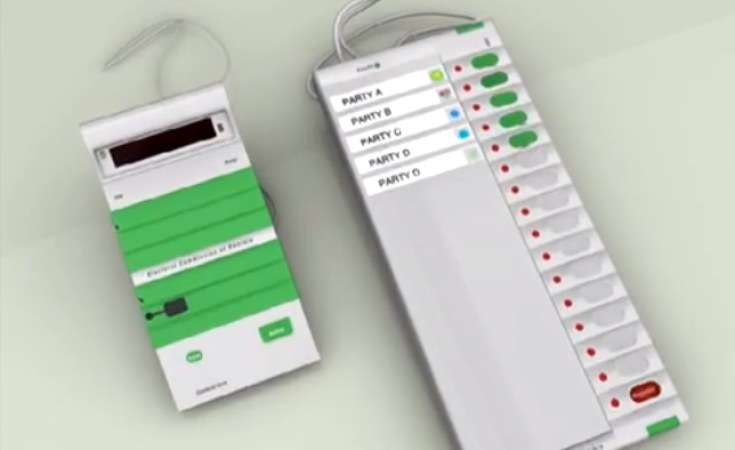 Recent reports that a number of electronic voting machines (EVMs) were missing from the Electoral Commission of Namibia (ECN) have sparked massive public criticism, with some people questioning the integrity of the election body in the run-up to next month's presidential and National Assembly elections.

Some political commentators and legal experts have accused the electoral commission of concealing information regarding the disappearance of the EVMs, while others called for the arrest of people responsible for the missing EVMs.

The Namibian reported last week that the Namibian Police were investigating a case involving the disappearance of three EVMs from the ECN.

The ECN issued a statement on Sunday, explaining that the missing EVMs were rented out to the ruling Swapo Party to conduct an internal election for the party's Elders' Council in 2017.

The commission, however, remains tight-lipped about the issue, saying it could not publicly pronounce itself on the matter due to "concerns of compromising the investigation process, as the police are working to trace the EVMs that had gone missing."

The ECN's reaction comes after The Namibian reported on the matter last week.

Police inspector general Sebastian Ndeitunga told The Namibian that the police were questioning people involved in this matter. Justice minister Sacky Shanghala was the returning officer for the Swapo Party Elders Council elections.

The Namibian understands that the ruling party failed to return the machines to the commission, with only one out of the four machines that the party had booked out being located.

Namibians head to the polls on 27 November to elect politicians who will lead the country for the next five years.

The EVMs, acquired from India at a cost of over N$60 million, were introduced in 2014 as an efficient and reliable mode of voting, replacing the paper ballots.

Earlier this year, the commission confirmed that the EVMs would be used in the presidential and National Assembly elections next month, despite numerous calls from some opposition parties to abandon the system, and return to the paper ballots system.

The absence of the voter verifiable audit paper trails on the EVMs has been the main concern raised by political parties.

However, some people are already questioning the credibility of the upcoming elections following the reports of the missing EVMs.

Amupanda asked the ECN to clarify the matter, and introduce the voter verifiable audit paper trails for the elections.

"The abovestated conditions have made me doubt the credibility of the upcoming elections," he said.

Institute for Public Policy Research (IPPR) executive director Graham Hopwood said the disappearance of the EVMs was "disturbing", and that the incident could put the transparency of the electoral commission in serious doubt.

Hopwood also questioned why the incident has been kept under wraps since 2017.

"The disappearance of the EVMs is disturbing. It is unclear to me why the ECN kept quiet about this from May 2017. Even if there is an ongoing police investigation, why should that stop the ECN from being open and transparent about an issue that is clearly of national interest?" he questioned.

"How can the public be sure that other EVMs have not gone missing if the ECN is so tight-lipped about this situation? The whole episode suggests that the ECN has poor control procedures and lacks transparency. Swapo should also provide answers as to what has happened to the EVMs," Hopwood stressed.

Political commentator Ndumba Kamwanyah told The Namibian yesterday that the disappearance of the three EVMs could create an impression that the election will be compromised.

He said it was suspicious that the ECN could not locate the machines, adding that no "common thief would steal a voting machine because it is of no value for him or her".

"The last thing the ECN should do is to create room for the public to doubt the credibility of the election. Who steals a voting machine? Certainly not a common thief, because it is of no value to him or her. The practice to loan the EVMs is probably an oversight, and needs revisiting," he reasoned.

Another political commentator, Henning Melber, said the matter is another typical example of the sloppy way the ECN, the government and the ruling party handle electoral procedures.

He said it was unusual that the ECN has been borrowing some EVMs to political parties that have an interest in the elections.

"If they cannot be traced, one cannot establish if they are reintroduced with flaws, and being manipulated. But any manipulation would in any case be hardly detected, given the absence of paper trails which would confirm to the voter what they had voted for," Melber stated. He added that the incident was a cause for concern, and if not addressed "urgently", could have serious reputational damage for the ECN. He suggested that the ECN should rather use the ordinary ballot boxes and paper ballots "as it is the standard practice in established democracies until today".

Administrative and human rights lawyer Henry Shimutwikeni said what is concerning is that the ECN reaction had to come after a media expose´.

"The fact that the ECN is unable to account for certain EVMs could potentially have an impact on the perception of the public on the integrity of the elections.

"What is concerning is that the ECN failed to inform the public of its own accord, and their media releases were a knee-jerk reaction to the media leaks," he emphasised.

Swapo secretary general Sophia Shaningwa told The Namibian that she does not want to be dragged into the matter as she was not part of it.

"Have you asked the person who booked out the voting machines? If so, then why should you ask me questions as well? To be honest, I was not there, and I do not want to be a part of it," Shaningwa said.

Shanghala referred questions sent to him to the ECN.

Next Story
Tagged:
Copyright © 2019 The Namibian. All rights reserved. Distributed by AllAfrica Global Media (allAfrica.com). To contact the copyright holder directly for corrections — or for permission to republish or make other authorized use of this material, click here.