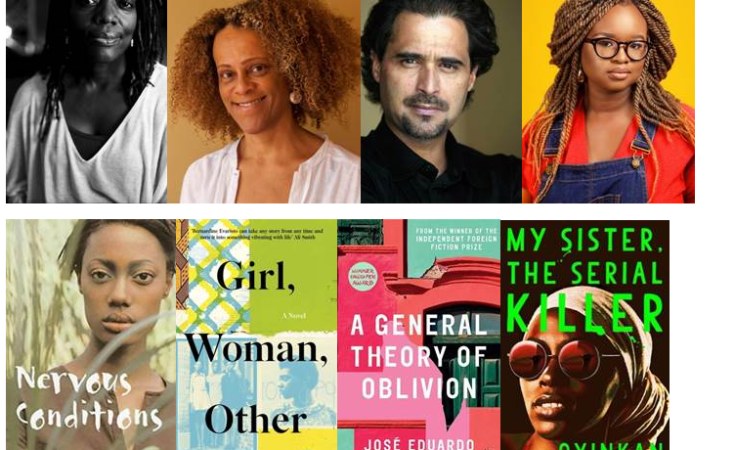 Now in its seventh year, Ake Festival brings together the biggest and brightest names in the world of books from across Africa and the African diaspora. Showcasing the best contemporary fiction, non-fiction, poetry and thinking from Africa, the festival also plays host to film screenings, theatre performances, poetry readings, art exhibitions and dance performances from Africa’s biggest names. Inspiring people to engage with the power of books to inform, enlighten and inspire, Ake festival provides a platform for debates that challenge African norms, attitudes and traditions.

Other headline authors include Nnedi Okorafor Africa’s leading science fiction and fantasy author whose World Fantasy Award winning novel Who Fears Death is currently being adapted for an HBO TV series. Ayobami Adebayo is the critically acclaimed author of Stay with Me, a New York Times Notable Book of the Year and Guardian Best Book of the Year.  Feminist activist Mona Eltahawy is the Egyptian-American author of the brilliantThe Seven Necessary Sins for Women and Girls.

The lineup also includes two authors who used their writing to tackle the 2014 mass-kidnapping of schoolgirls by terrorist group Boko Haram,Adaobi Tricia Nwaubani author of the award winning YA novel Buried Beneath the Baobab Tree, based on dozens of interviews with women and girls kidnapped by terrorist group and Helon Habila whose short and powerful The Chibok Girls was a Penguin special investigation publication. He will be discussing Travellers, his fantastic new novel.

The world’s largest celebration of African authors and books, Ake Festival, whose headline sponsor is Sterling Bank, is a bastion of support for African creativity. On a continent where culture and the arts often receive little or no support from the state, Ake Festival is the best place to discover international contemporary fiction and writing from Africa and the African diaspora. With support from Sterling Bank who have contributed to the increasing visibility of African authors, Ake Festival aims to reinforce the literary arts as an important component of the creative industries across Africa, reflecting Lagos’ position as an emergent cultural capital on the continent.

Every year, Ake Festival is headlined by an African writer who has shaped African literary culture and challenged readers within and outside the continent through their works.

Poet, activist, novelist and filmmaker Tsitsi Dangarembga was born in Mutoko, Zimbabwe. With her first novel Nervous Conditions (1988) she became the first Zimbabwean woman to write a novel in English.  Hailed by Doris Lessing as one of the most important novels of the twentieth century Nervous Conditions was included in the BBC's 2018 list of the 100 books that changed the world. The Book of Not (2006) and This Mournable Body (2018) complete Dangarembga’s Tambudzai Trilogy. Dangarembga founded the Institute of Creative Arts for Progress in Africa (ICAPA) in 2009, and its publishing division in 2014.  She runs capacity building programmes for African women filmmakers, in addition to fundraising for her productions. Her films and prose have received many awards.

The theme for the 2019 edition of Ake Arts and Book Festival is Black Bodies Grey Matter. Events will explore how our minds and bodies have impacted - and been impacted by - the course of history. Colonialism, multiculturalism, internecine violence, organised religion, cultural attitudes and practices have all left their mark. While specific practices such as scarification and tattoos leave physical traces, colourism, stereotyping and gender non-conformity exert their influence on both psyche and soma. The interrogation of these issues will yield fascinating and illuminating insights. This theme, in the hands of Africa’s leading creatives and thinkers, will give rise to discussions and conversations that will enrich our understanding of the African condition.

From 24 to 27 October, visitors to Ake Festival will be able to participate in 20 stimulating panel discussions which will tackle issues relating to the black body. Issues such as body modification and social acceptance, eliminating sexual violence, religious extremism in Nigeria and the mental health explosion will be explored.

There will be 14 book chats with exciting authors including Jamaican-American Nicole Dennis-Benn; Francophone literary star Abdourahman Waberi and award-winning Ugandan writer Jennifer Makumbi. In addition to the literary events there will be a one-woman performance by the electrifying dub-poet D’bi Anitafrika.

There will be 20 exciting panel discussions this year, all related to the festival’s theme of Black Bodies / Grey Matter. Panel discussions will range from Demystifying Skin with Reni Eddo-Lodge, Gavin Evans and Mpho Tjope, to Roots and Representation: Black Women in Film with Adepero Oduye, Dakore Akande and Nadine Ibrahim as well as Scars, Body Modification and Self/Social Acceptance  with Wana Udobang talking to Adetutu Alabi, Adenike Oyetunde and Chidera Muoka.

Ake Festival’s Eat the Book event is a celebration of African cooking inspired by African writing. Hosted by CNN-featured food enthusiast, Ozoz Sokoh, also known as Kitchen Butterfly, Eat the Book is a culinary exploration of Africa’s cuisine, as described in African novels. Festival goers can literally eat the book while Ozoz tells us about the combinations of different flavours and techniques used in cooking the meals.

Ake Festival will also see the launch of Water Birds on the Lakeshore, a wonderful pan-African anthology of YA fiction from Africa, which has been published in partnership with Zukiswa Wanner and Goethe-Institut.

Ake Festival devotes the Thursday of the festival to Project Inspire! where festival authors visit both state primary and secondary schools in Lagos. Whilst they are there, festival authors will read to the pupils, discuss the benefits of reading, and take questions from the pupils about their career accomplishments and books.

Ake Festival also hosts the announcement of the 2019 Nommo Awards , an award given to the best SF books written in Africa, as well as The Toyin Falola Prize.

Outside of the world of books, Ake Festival has an incredible programme of film, music and visual arts.

Ake Festival will host a programme of critically acclaimed independent films including Malika the Warrior Queen, To Be Free, Picture Lock, Marked and Toni Morrison: The Pieces I am.

Finally the Saturday night of the festival is taken over by a music concert featuring some of Africa’s most celebrated artists including Ibejii, Clay, Dwin the Stoic, The Griot Barasuno and Fokn Bois.

There will also be a one-woman show from the incredible D’bi Young Anitafrika. This Jamaican-Canadian gives an electrifying, haunting Dub Poetry performance. Her lyrical, no-holds-barred and in-your-face style takes audiences through the history of the black body, and its survival in a world that typically dismembers women. With her ‘onewomban biomyth monodramas’, D’bi is a dub poet, educator, soul-searching ‘wombanist.’

“We have an outstanding line-up for Ake Festival 2019. Every year, the plan is to outdo ourselves so our visitors have an enriching and memorable experience in Lagos. ” 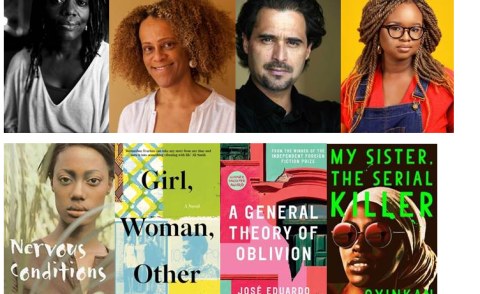 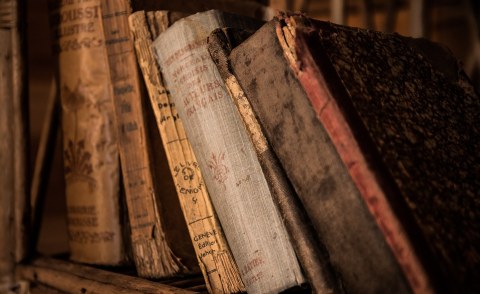