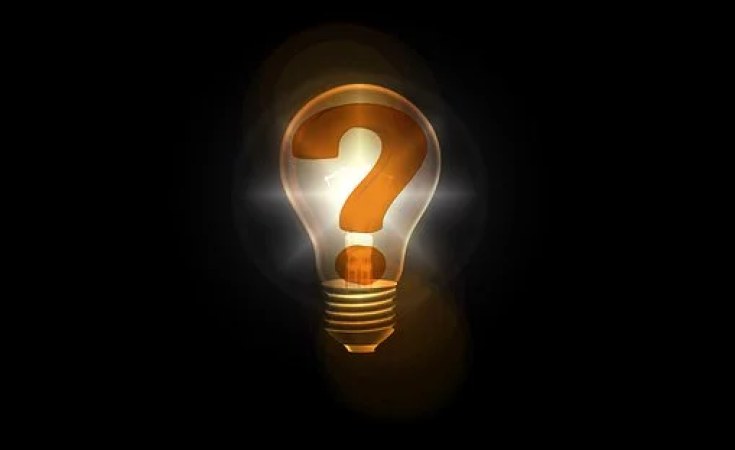 Additional tough economic measures will be taken to generate more revenues to fund the 2020 budget, the Federal Government said yesterday.

Minister of Finance, Budget and National Planning Mrs Zainab Shamsuna Ahmed, who gave the indication while making a presentation on the proposed 2020 budget at the National Assembly public hearing on the budget in Abuja, added that the government is moving aggressively to drive non-oil revenues to fund the budget.

"What we have is a revenue problem; our revenue performance by half year is 58 per cent. So we have designed this Strategic Revenue Growth Initiative early this year which has three thematic areas," she stated.

She said some tough reforms and actions were inevitable as the Federal Government drives revenue through non-oil sources. She therefore called for understanding from Nigerians.

The minister reiterated that Nigeria has "a revenue crisis and not debt crises," stressing that Nigeria has not over borrowed as the total borrowing rate of the country was under 50 per cent of the GDP.

"There is also the need for us to ensure that we have the right legal enablers and other enablers that will enhance revenue performance.

"Nigeria as a country must mobilise significant domestic resources to be able to make necessary investment in human capital as well as in physical infrastructure. Giving the low revenue to GDP ratio currently at 8 per cent, we must optimise revenue generation," she said.

Daily Trust reports that the government has been struggling to raise funds to finance its budgets following sustained low oil prices.

During the 2020 proposed budget presentation to the National Assembly, President Muhammadu Buhari had said "the sum of N8.155 trillion is estimated as the total Federal Government revenue in 2020."

He also said the amount was 7 per cent higher than the 2019 comparative estimate of N7.594 trillion.

For several years now, the government has not met its revenue targets for its budgets.

For the 2019 budget for instance, as at June 2019, the government only raised N2.04trn, representing 58 per cent of revenue performance, the budget minister had said.

Though the Federal Inland Revenue Service (FIRS) and the Nigerian Customs Service (NCS), the two major non-oil generating agencies for the government have stepped up their revenue drive performances, it was still a far cry from meeting revenue projections.

Experts wondered why the government kept raising revenue projections even though it has not met targets year on year.

Mrs Ahmed told journalists in Washington DC last week that the government would continue to push its agencies to meet projections, adding that going forward, there would be consequences for underperformance.

"The fact that our revenue is underperforming is not an excuse to bring down our revenue that is required to fund the national budget... What we have to do collectively as a people is to make sure the agencies that have responsibility to generate revenue actually generate these revenues," she said.

"The agencies proposed those numbers. We interrogate them and ask them to justify them. To be prudent, we even discount what they propose before it goes into the national budget," she also said, adding that with the 7.5 proposed VAT increase, the revenue of government will improve.

However, before the commencement of the hearing yesterday, Senate President Ahmad Lawan had cautioned the ministry against borrowing.

He also decried continued reliance on borrowing to fund the infrastructure needs of the country. Instead, he suggested a Public Private Partnership (PPP) option.

"If we have to borrow, we should borrow. Where we can avoid borrowing because there is another opportunity, we should take that opportunity that has a lesser burden," Lawan said.

He also agreed with the suggestion for the resuscitation of the long-term national planning programme.

"I agree that the long-term national economic programme is useful. We had it before, it worked for us well. We stopped it and we have seen the consequences.

"So, now that we have a minister that thinks that we should go back to that process and we have a National Assembly that is prepared to ensure that this country does better, we should hit the ground running.

"I am not aware of any request for legislation, but if it is the desire or necessity that we legislate, this National Assembly will work with the government to ensure that we legislate on the national economic development plans," he added.

He stated this in Abuja at a conference on combating offshore tax evasion through exchange of information.

A statement from FIRS quoted Mr Fowler to have said at the meeting that Nigeria would implement the first Automatic Exchange of Information Standard by 2020.

He said the regime was part of the country's commitment to improve transparency in tax administration, increased tax revenue collection, enhanced effectiveness and efficiency in service delivery.

Fowler said there was important linkage between tax compliance, domestic tax investigation, tax audit, information gathering framework and the international infrastructure for exchange of information amongst authorities and nations.

Reacting to the minister's revenue generation announcement, Dr. Iorwuese Tyopev, an economist at the Abuja-based Falvey Consulting, said the proposed revenue initiatives by the federal government were good.

He particularly noted that the proposed VAT targets would have no significant impact on the poor and vulnerable.

"Most of those items that would attract VAT or excise duty will not affect the poor who shop mostly in the open markets and not in super markets or fancy restaurants for instance," he said.

He also noted that since the taxes will impact the rich the more, it was more inclusive and the funds generated could be invested on infrastructure.

Dr. Tyopev also advised those in authority, especially the executive and the legislature to cut down on luxurious lifestyles so that some funds could be freed to fund the budget, especially on infrastructure for the good of all.

Another expert, Matthew Ogagavworia, a chartered accountant with interest in forensic accounting, assurance, tax and management consultancy, said the VAT was in order and the border closure was also in order.

Ogagavworia said: "Because we know that some small businesses have difficulties in asking their customers to pay VAT, government has technically exempted them with the N5 million turnover threshold.

"If we do not realize tax revenues, we will have no option but to continue to borrow. The truth is that, for every government, you earn money through taxes or sales of product, which we do with crude oil. If we must preserve assets for our future generations, we must raise taxes," he stated.

Proffering solution to the current revenue headache, he said: "We must also improve the efficiency of our collection, because we are still very far from it. We must have an integrated system that will block leakages.

A shoemaker and CEO of Shoespeed Interglobal Services Limited based in Lagos, Abiodun Folawiyo, said in developed countries like Italy where SMEs have electricity, good roads, access to funding and more, people did not mind when government charged exorbitant taxes because entrepreneurs knew what it will do with it.

"But in Nigeria, the money they collect from us, you hear that someone stole N30 billion. So, the tax they collect is not being translated to good use to provide infrastructure. There is no effort by government to fix infrastructure in the country that will translate into the Ease of Doing Business," he said. 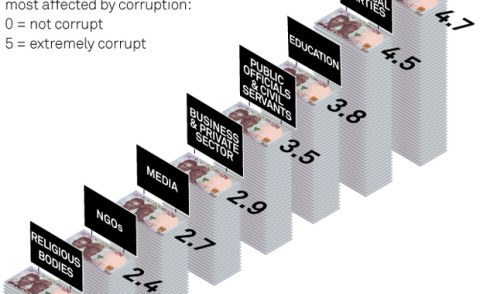 Can Nigeria Dig Its Way Out of U.S.$81 Billion Debt Trap?
Tagged:
Copyright © 2019 Daily Trust. All rights reserved. Distributed by AllAfrica Global Media (allAfrica.com). To contact the copyright holder directly for corrections — or for permission to republish or make other authorized use of this material, click here.

Are We Africans Our Own Worst Enemy?
Corruption