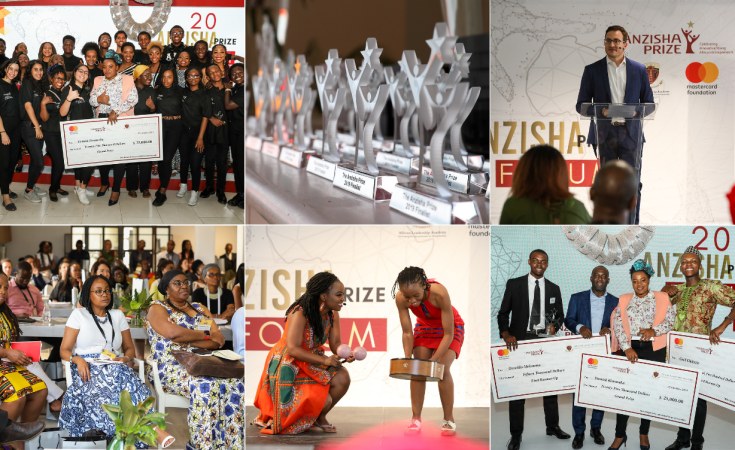 allafrica.com
The 2019 Anzisha Prize awards took place in Johannesburg on October 22 where the grand prize winner was announced.
allAfrica.com
By Nontobeko Mlambo

But the half-day event was not a typical awards ceremony - it was divided in to three sessions that gave a chance to guests, potential investors and policymakers to interact with each other and for the youth entrepreneurs to network with Africa's top entrepreneurs. The first session kicked off with a performance from Tanaka Chikati and Mpiwa Gwindi who play the Mbira, an African thumb piano. The two Zimbabwean musicians are students at the African Leadership Academy.

The Anzisha Prize brain-sharing session allowed for the 20 finalists to present, in rotation, to a group of 10 to 15 guests about the challenges they are facing in their business. Guests and potential investors were able to offer advice and some offered resources. The last part of the event was the awards session where the winners were announced.

There were over 500 applicants from all over the continent from various sectors with agricultural businesses applications dominating. This year's 67% applications were from male applicants and 33% from women. Making their first entry to the finalists list were applicants from the Gambia, Democratic Republic of Congo, and Somalia.

2019's Anzisha Prize winner is Yannick Kimanuka from Democratic Republic of Congo. The 21-year-old walked away with U.S.$25 000 of funding for her business.

Kimanuka started KIM'School Complex in 2018 after realising that the children in her community were not getting good quality education and some with disabilities had no access to education.

"I cannot believe I won, I am so happy and overwhelmed with joy," Kimanuka said shortly after being announced as the winner.

"It's has been unequivocally proven already that female founders create deeply successful businesses. They are more inclusive in the way that they grow their businesses so we need many more young female entrepreneurs. We actively recruit women entrepreneurs and we have a quota of how many women have to be in the top 20 and will be be increasingly aggressive with those requirements to be able to advance as many young women as we can," said Josh Adler, Vice President Global Programs and Entrepreneurship at the African Leadership Academy.

Kimanuka was raised by a single mother in North Kivu eastern Province of the DR Congo, which has been extremely affected by violence and wars for more than two decades.

"I have had an opportunity to speak on radio but since it is a small community in the villages we talk to people in churches, and then we ask that they tell others about the business so that the business can grow - and more people can bring their children to get access to quality education," she said.

The first runner-up Osvaldo Reymokouma from the DR Congo walked away with the U.S.$15 000 funding for his agricultural business called AquagriTech, while Cecil Chikezie from Kenya, second runner-up, received U.S.$12 500 funding for his energy business, Eco Makaa.

"This prize will change my business. We are going to try and invest in to getting in to the household market within Kenya and other African countries and in to providing sustainable alternatives to wooden charcoal and lubricants made out of agricultural waste. We will slowly push out wood logging for charcoal," says second runner-up Cecil Chikezie, founder of Eco Makaa, an e-commerce company that connects local fuel briquette producers to a client base.

He came up with the idea for Eco Makaa in 2018 when the Kenyan government banned the production of charcoal. This means that charcoal sellers had to go to neighboring Uganda to find charcoal and prices spiked, affecting particularly low and the middle income families. Chikezie and his family were one such family, and this inspired him to search for more sustainable and cheaper fuel alternatives.

"Our solution at Eco Makaa is to try and provide an affordable solution to these families that are suffering from the charcoal prices," he says.

Adler says he is proud of the fact that the people that have been chosen as fellows in the past, almost 70% of them are still active entrepreneurs.

"Stop looking for western models of entrepreneurship. It's nice to like those ideas on social media and think that they are great where there is no relationship to where you are and how to get where they are. The stories in our program are the ones you should be looking at because these are people that are 5 or 20 steps ahead. They are doing exceptionally well. Some of them like N'guessan Koffi Jacques Olivier, Anzisha Prize fellow from Cote d'Ivoire, is already making a million dollars a year at 26 years old," he says.

Applications for 2020 of the Anzisha Prize will open on 15 February. 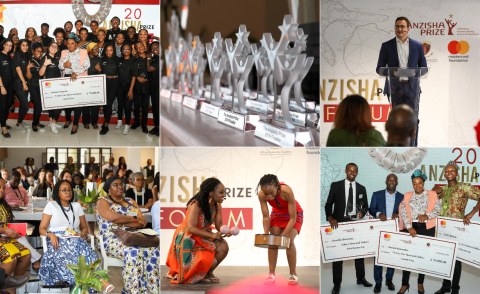 Young African Entrepreneurs Shine at the 2019 Anzisha Awards
Tagged:
Copyright © 2019 allAfrica.com. All rights reserved. Distributed by AllAfrica Global Media (allAfrica.com). To contact the copyright holder directly for corrections — or for permission to republish or make other authorized use of this material, click here.