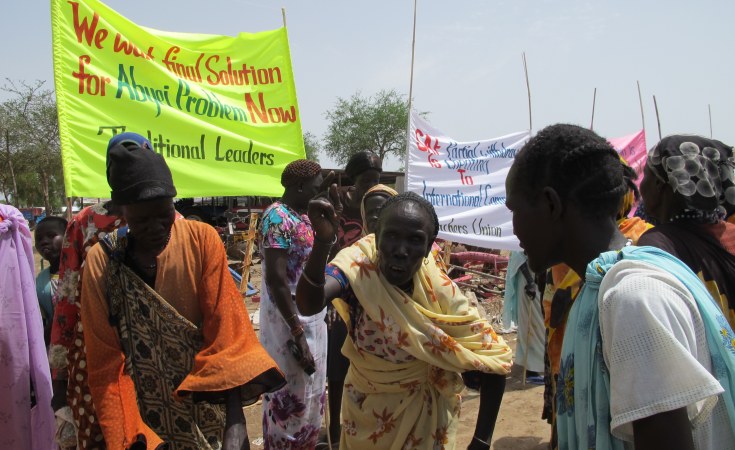 Amanda Hsiao/ENOUGH
The Ngok Dinka people are pressing for a final solution for their disputed home of Abyei, which lies on the border between Sudan and South Sudan.
Radio Dabanga (Amsterdam)

Addis Ababa — The Joint Boundary Demarcation Commission between Sudan and South Sudan has signed the full delimitation of the boundaries agreed upon between the two countries in the presence of the representative of the African Union Boundary Commission.

Speaking at the signing ceremony yesterday, the head of the Sudanese border demarcation commission Moaaz Tengu, said that the work of the Commission has been going on for seven years and has held more than 120 meetings since 2005.

The representative of the Sudanese government in the joint committee Maj Gen Mohamed Bannaga said the committee will complete its work in mid-November in Addis Ababa to prepare a comprehensive document to characterise the border, and "after the final approval of the agreements we will complete border procedures and describe the areas around them".

The South Sudanese chairman of the Joint Technical Committee for the demarcation of the border of, Darius Garang, called the meetings successful.

He said two points remain to be resolved in the next meeting in Addis Ababa on the border points disputed and claimed by the parties.

Abyei, the still contested area between Sudan and South Sudan, is the traditional homeland of the Ngok Dinka, who have with strong ties with the South Sudanese Dinka tribe. Herders of the Misseriya, a northern Arab tribe, traverse Abyei and other North-South border areas with their cattle in search of water and pasture in the dry season and to trade goods.

The region witnessed a significant upsurge in cases of cattle rustling, hijacks, and other robberies earlier this year. There is no government or police force in the area and a UN peacekeeping mission, the UN Interim Security Force for Abyei (UNISFA), is entrusted with overseeing demilitarisation and maintaining security in the area.

At a meeting in the South Sudan capital of Juba on September 12, Sudanese Prime Minister Abdalla Hamdok and South Sudan President Salva Kiir discussed bilateral relations between the two countries, as well as the opening of the borders between South Sudan and Sudan for a free trade. 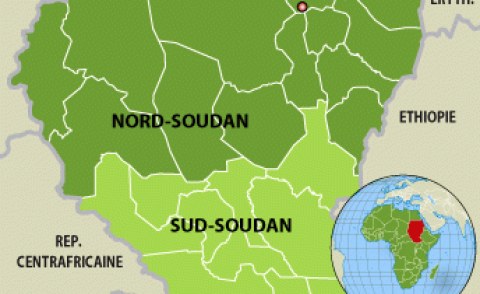 South Sudan's Rival Leaders Delay New Government by 100 Days
Tagged:
Copyright © 2019 Radio Dabanga. All rights reserved. Distributed by AllAfrica Global Media (allAfrica.com). To contact the copyright holder directly for corrections — or for permission to republish or make other authorized use of this material, click here.