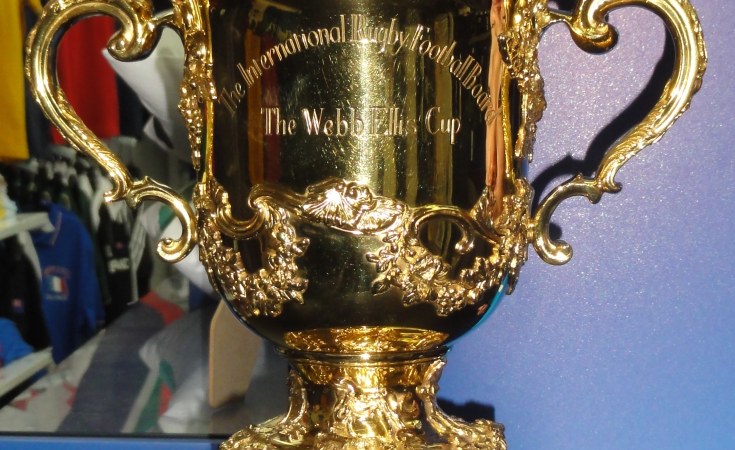 Cape Town — Rassie Erasmus heaped praise on his Springbok players for carrying South Africa to a third Rugby World Cup final in an achingly tense semi-final with Wales in Yokohama on Sunday.

The Springboks were never behind in their 19-16 victory, but resilient Wales refused to be shaken off until a fourth penalty goal from the boot of man of the match, Handre Pollard, with five minutes remaining secured the victory.

There was also a try for Damian de Allende (centre) as the Boks confirmed a remarkable revival for the depths of 2016 and 2017 by emulating the teams of 1995 and 2007 to reach the Rugby World Cup final.

"We have always had the potential to be a force in world rugby and historically we have been," said Erasmus, South Africa's director of rugby, "but we have been through some tough times in recent seasons."

Record defeats by New Zealand and Ireland, a first defeat by Italy and a whitewash on a tour of Europe all led to assertions that Springbok rugby was dead by the end of 2017.

But only one defeat in 11 matches in 2019 to confirm a turnaround begun in 2018 has turned those forecasts on their head. Erasmus gave the credit to the players.

"The way the players in the last two, two and half years took the responsibility of being very professional and taking ownership of what it means to be a professional rugby player has been the big difference," said Erasmus.

"They can't just move from province to province and collect a pay cheque. That attitude is slowly spreading throughout the provinces and the franchises and players are really pushing each other.

"That whole level of mediocrity is slowly going out of our game - not that we have achieved anything yet. But we are slowly moving up to the standards where other nations are maximising their potential.

"Overall the players deserve a lot of credit for taking a more professional approach towards professional rugby."

However, even Erasmus said he was not expecting such a speedy transformation.

"It has surprised me because we had to make a few changes," he said.

"We made changes to the regulations in using overseas players; we had to talk to the franchises in terms of getting conditioning standards the same; we had to get Vodacom Super Rugby coaches to work together.

"What surprised me was that they bought into the whole system, because that normally takes years for them to start working together.

"That was a positive that allowed us to turn around quickly.

"But we are only in the final - let's see how the final goes and then we'll really know if we've turned the corner as much as we wanted to."

The Springboks take on England at the Yokohama International Stadium on Saturday, with kick off at 11:00 (SA time).

Boks Surge Past All Blacks in World Rugby Rankings