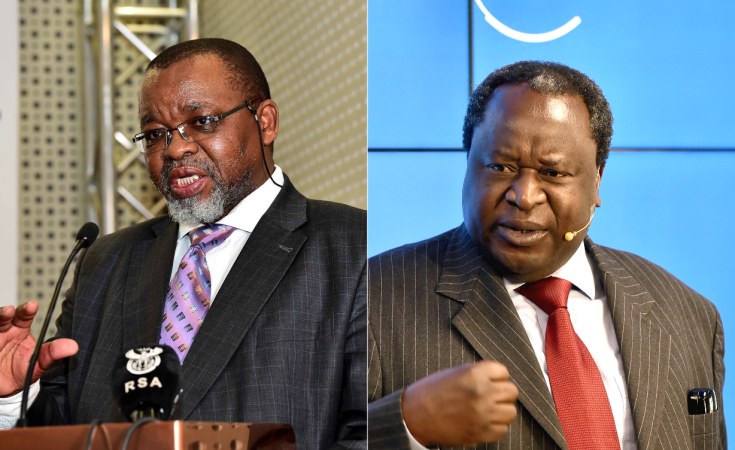 The Tiso Blackstar Group on Sunday said it "noted with shock the alleged admission by a sitting government minister to have corruptly bribed two Sunday World journalists".

The newspaper published a response from Mineral Resources Minister Gwede Mantashe, claiming that he declined to answer their questions about a love triangle story involving him, Finance Minister Tito Mboweni and Lerato Habiba Makgatho.

According to the response the paper published, he said he begged two journalists not to publish the story and paid them. He, however, would not reveal their names and said the publication could go ahead and write the story, as that was his comment.

The newspaper ran the story as its lead on Sunday, publishing WhatsApp messages purported to be between Makgatho and Mantashe.

The message to Makgatho from a contact saved as "Gwede Mantashe 2" reads that their relationship had already cost him more than R70 000 and that he feared this could increase to R100 000.

Moshoeshoe Monare, deputy managing director: Tiso Blackstar Group, said: "Until June 21 this year, the company was the publisher and owner of the Sunday World.

"These allegations were never brought to the attention of the company. The press code and the company's own editorial policy are opposed to any form of corrupt and unethical journalism.

"It's a dismissible offence to accept money or any form of bribe to write or not to write a story.

"The Sunday World has since been purchased by Fundudzi Media, and all the employees of this title have been transferred to Fundudzi in terms of Section 197 of the Labour Relations Act. However, these allegations are deeply concerning and affect the integrity and credibility of the industry and the profession at large," Monare said.

The South African National Editors' Forum (Sanef) on Sunday said it was "shocked" by Mantashe's "brazen" reported admission to Sunday World that he had paid two of its journalists R70 000 to make a story about his sex life disappear.

Sanef said in a statement that brown envelope journalism was completely counter to journalistic ethics and that it would be writing to Mantashe to ask him to reveal the names of the journalists involved.

Sunday World editor Makhudu Sefara said the paper took Mantashe's claims very seriously and that it was a pity that he had not disclosed the names of the journalists.It encouraged him to approach Sanef, as it was holding an Inquiry into Media Credibility and Ethics. Sanef said it would support the newspaper's investigation into the matter and its commitment to ensure all its journalists signed pledges to ensure ethical journalism.It would also add a specific clause to its "draft rules of engagement" with political parties to call for politicians to support an outright ban on any form of brown envelope journalism.

Numbers for Mantashe were unavailable or went to voicemail on Sunday morning and he has not yet responded to a request for comment. The minister's spokesperson, David Shabangu, told News24 that he had not discussed the matter with Mantashe, whom he said was in meetings for most of Sunday.

Previous Story
Sunday World to Gwede Mantashe - Sue Us, We Stand By Our Story
Next Story
Reporters Allegedly Paid by Minister for Sex Story to 'Go Away'

Sunday World to Gwede Mantashe - Sue Us, We Stand By Our Story

Reporters Allegedly Paid by Minister for Sex Story to 'Go Away' 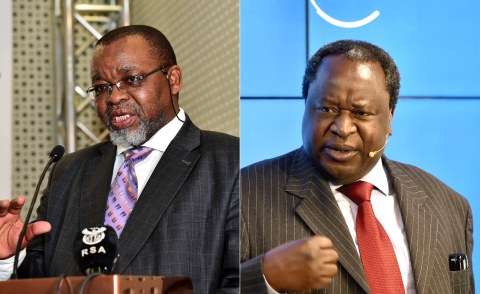 Two South African Cabinet Ministers in Love Triangle - Tabloid
Tagged:
Copyright © 2019 News24Wire. All rights reserved. Distributed by AllAfrica Global Media (allAfrica.com). To contact the copyright holder directly for corrections — or for permission to republish or make other authorized use of this material, click here.