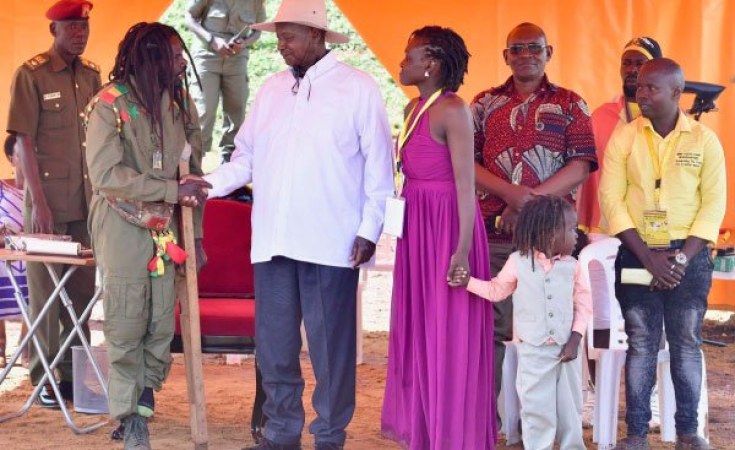 President Museveni was on Saturday at Kibuye in Kampala where he met ghetto youth and launched the ruling National Resistance Movement (NRM) youth camp headquarters.

The president also launched the NRM empowerment office for youth living and working in the areas of Kibuye and Katwe.

"The office will be a registration point for SACCOs and will make it easy for us to support the youth in their different productive groups," Mr Museveni said.

During his interaction with youth in Katwe, Mr Museveni said he met the "trailblazing Moses Kayira, who has assembled two cars: Uganda 1 and Uganda 2."

"The government is going to support the likes of Kayira in promoting further innovations and many other novel ideas geared towards exploiting their abilities for national development. If they can do so much single-handedly, then government support will stretch their ability to deliver on innovations the world is yet to see," Mr Museveni added.

However, reacting to the president's visit, Kyadondo East MP Robert Kyagulanyi popularly known as Bobi Wine said Mr Museveni had gone to the ghetto which he impoverished and marginalized for over thirty years because he's "scared and desperate."

"For 34 years, this man impoverished, marginalised and ignored the ghetto people. He evicted them from their land. He didn't care about their health, their education or their lives. He over taxed them, tortured them and killed so many of them. He thought the ghetto didn't matter," Mr Kyagulanyi said on Sunday.

"After so many years, and tired of indignity, the ghetto people rose up to speak for themselves. Led by the Ghetto President, they made it clear that enough was enough. The ghetto went to Parliament and embarked on the process of taking over the nation's leadership and changing the country forever," Mr Kyagulanyi added in a statement posted on his social media platforms.

During his visit, the president reportedly appointed local artiste Catherine Kusasira as his advisor on Kampala Affairs.

Under this role, the Golden Band member will reportedly be in charge of coordinating the young NRM recruits in the slum dwellings.

The appointment of Butcherman who has been doing music for more than a decade, starting out as Bobi Wine's wingman in the Firebase Crew, comes as a surprise since he has not been as close to the president as Kusasira.

However, the pop star turned leading opposition figure, who has announced he is running for president against President Museveni in 2021 on Sunday said: "He (Museveni) first dismissed us. But we persisted. He threatened us. We stood firm. He bribed some ghetto people but the ghetto youth stated on course. They asked me to continue shaking the tree, because that is the only time they saw government coming to them. Having failed in all his schemes; very scared and desperate, President Museveni now returns as 'Man of Ghetto.' The sheer lack of shame! I can assure him that the authentic ghetto people will not permit him to mock them." 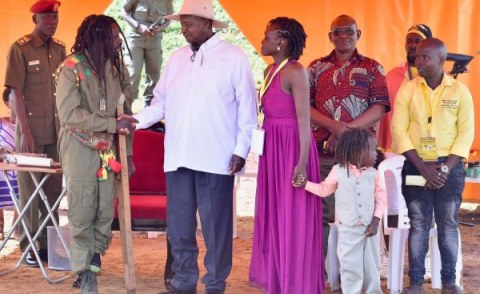 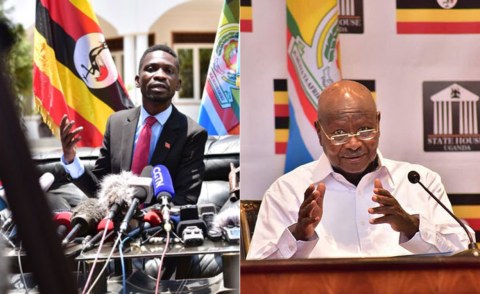 Bobi Wine Charged With 'Annoying' Ugandan President
Tagged:
Copyright © 2019 The Monitor. All rights reserved. Distributed by AllAfrica Global Media (allAfrica.com). To contact the copyright holder directly for corrections — or for permission to republish or make other authorized use of this material, click here.