South Africa: Mashaba Denies That He Was Hypocritical in His Resignation Speech 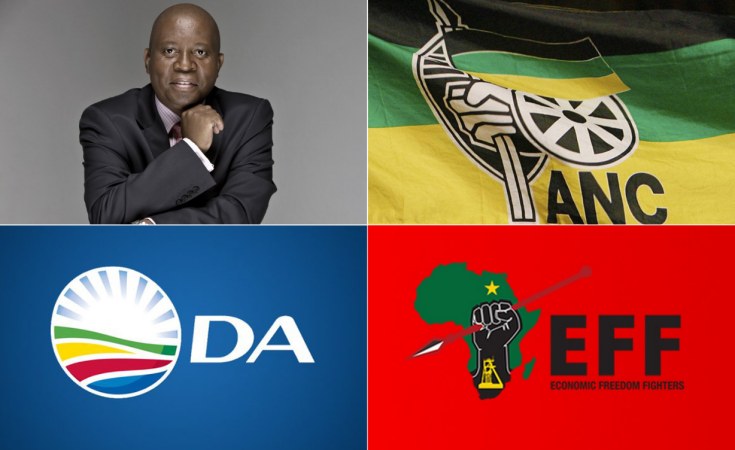 Outgoing Johannesburg Mayor Herman Mashaba says there is no hypocrisy in the resignation speech he delivered last week.

In an opinion piece in Business Day, Mashaba said some commentators pointed out discrepancies between the comments when he resigned and a speech he gave on BEE and affirmative action in 2015.

Before he resigned, sources told News24 that Mashaba said the party had been taken over by "right-wing elements".

Then, in his resignation speech, he said: "I cannot reconcile myself with a group of people who believe that race is irrelevant in the discussion of inequality and poverty in SA in 2019."

Some commentators later said Mashaba changed his tune since 2015.

But Mashaba wrote in Business Day: "As a point of departure, it is worth noting that I do not believe there is an inherent contradiction in my most recent remarks when compared with my 2015 stance."

He added: "There is a fundamental difference between asserting that race cannot be deemed irrelevant in the discussion of inequality and poverty, and asserting that I am now in favour of race-based policies including BEE and affirmative action. I made no such claim."

Mashaba said he has experienced "the rise of race denialism under the banner of non-racialism".

While he believed that merit and performance should be the only considerations, he said this was not achieved because there was still a direct correlation between poverty and race.

"I say this with the hindsight of three years as the mayor of one of the most unequal cities in the world. Having spent a great deal of time in the poorest areas of the city, such as Protea South and Ivory Park," he wrote in the publication.

He added that the issue was nuanced and that he had a problem with those "who would have us turn colour blind" or the idea that race should be the sole consideration in the conversation of economic exclusion.

This, Mashaba said, was not in conflict with his 2015 speech and in fact, complements it. An extract from the speech says the ANC has failed to uplift black people, he said, as affirmative action has resulted in the rise of a "black elite" while leaving millions of the majority of black people behind.

He said he advocated for a different kind of redress that would correct past wrongs, including inequality and poverty along racial lines, but added he would not advocate for affirmative action and BEE because they are misguided policies and "causes of economic exclusion".

Last week, Mashaba said in his resignation speech that the election of Zille as chairperson of the DA's federal council was a "victory for people in the DA who stand diametrically opposed to [his] beliefs and value system", News24 reported.

In turn, Zille said she wouldn't say too much about the party's position but added: "He joined [the DA] with great enthusiasm when I was still the leader. I still hold the same values as then. I don't know what has changed."

Ruling Party Reclaims Johannesburg Mayor Spot
Tagged:
Copyright © 2019 News24Wire. All rights reserved. Distributed by AllAfrica Global Media (allAfrica.com). To contact the copyright holder directly for corrections — or for permission to republish or make other authorized use of this material, click here.