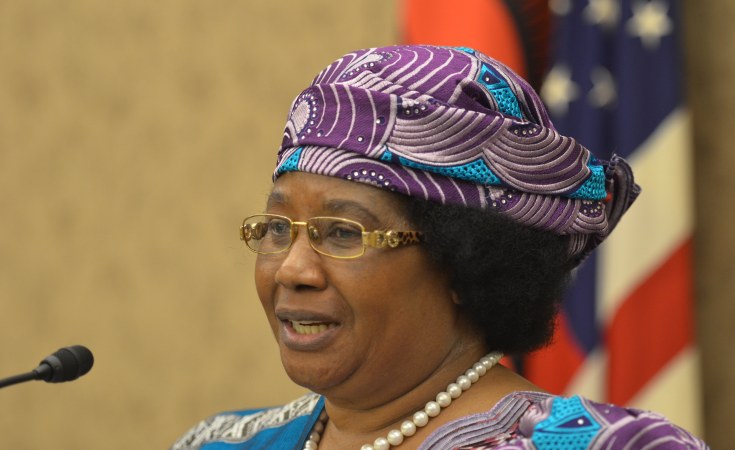 Former president Joyce Banda, who governed Malawi between 2012 and 2014, has informed the African Worman Leaders Network (AWNL), about the allegations of rape by police officers during ongoing post-election violence asking the body to ramp up pressure that allegations should be thoroughly investigated and perpetrators punished.

The NGO Gender Coordination Network (NGO-GCN) documented accounts from women and girls who said they had been sexually assaulted by police officers around Nzundwe. Mpingu and M'bwatalika areas in Lilongwe.

Banda said Malawi women and girls are facing serious challenges and one them is sexual exploitation.

She reported to the network which is a board member that women's rights group NGO-Gender Coordinating Network recorded evidence from several victims including three girls who said police raped them in their homes.

Banda said allowing the police to investigate its own officers is wrong.

"We get surprised that the police - who are alleged culprits - are the ones investigating this serious matter. A subject who has been suspected of having been involved in certain criminal elements cannot investigate himself," said Banda, who is married to former chief justice Richard Banda.

Banda said on Sunday at Kamilaza congregation of Church of Central Agrica Presbyterian of the Livingstonua Synod that the African body has since instituted its investigations on the alleged police sexual exploitation.

"We are also doing our own investigations and once we get the facts, we will seek justice," Banda said.

Earlier this month demonstrators set up roadblocks in the capital, which led to the deployment of the police. In the pandemonium that followed, a police officer was killed. Security officers stormed the area the following day, spraying teargas and attacking the public.

Emma Kaliya, a women's rights campaigner, described the conduct by the law enforcers as the "worst kind of gender-based violence".

Sandra Paesen, the EU ambassador to Malawi, also said: "We want an investigation [and] we don't want any violence against women in this country or any other country."

Last Wednesday, the British high commissioner to Malawi, Holly Tett, described the allegations as "disturbing" and said: "The UK believes that the best way to restore the police and public trust is through a thorough investigation."

Malawi has been facing a wave of violent protests since President Peter Mutharika secured a second term in May, which opposition leaders are now challenging in court, seeking a nullification of the presidential election.

EU Ambassador Paesen Ordered to Leave Malawi
Tagged:
Copyright © 2019 Nyasa Times. All rights reserved. Distributed by AllAfrica Global Media (allAfrica.com). To contact the copyright holder directly for corrections — or for permission to republish or make other authorized use of this material, click here.