Kenya: How Kenyans Are Part of 2022 World Cup 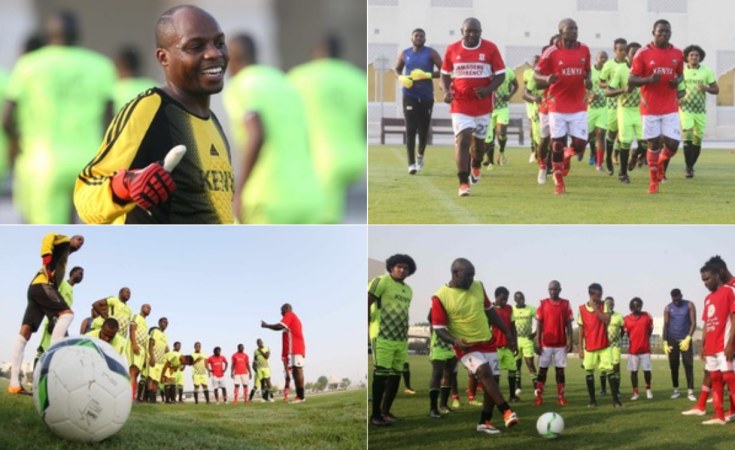 A Kenyan university worker has started his country's own football team in Qatar with the help of the next World Cup hosts.

Goalkeeper John Ngurugwe spent ten years building up a squad of 60 part-time players from Friday night kickabouts in the park after work in Doha, where the 2022 tournament will be held.

FC Kenya now has founder member status in the tiny Gulf state's amateur league and, its organisers hope, will one day be competing against professional Qatari teams.

'What I want is for this football team to carry on and grow into something even bigger.'

Team captain Eric Otwal said it was John's arrival in 2009 that gave the small group of players the chance to grow.

'About six of us used to play every week,' he said. 'It was a way to enjoy our day off and we'd discuss family and work issues, sharing what's going on in the world.

'We used to play friendlies until John came. When he joined the team, he came up with new ideas. At first, nobody knew much about Kenyans here, but now this club has a fan base and people come to cheer us on.'

John added: 'We started growing and getting more people involved. We started to realise we had a very good environment for football and looked at moving things forward. We decided to create a club.'

Their breakthrough came in 2014 when they took part in the Qatar Foundation Semi-Pro Football Cup and made it all the way to the quarter finals.

John said: 'That made us think: 'Yes, we can go far'. It was amazing when we realised we can win'.

They went on to compete in the African Nations Cup in Qatar, the Embassy Cup and the Qatar Community Football League, which is sponsored by the World Cup organisers, the Supreme Committee for Delivery and Legacy (SC).

Following this, in 2015,  FC Kenya signed a Memorandum of Understanding (MOU) with the SC with the aim of getting the whole Kenyan community involved in the run up to the  World Cup.

'We have had the opportunity to nominate people from our community to take part in workshops related to media, events and engineering. Being involved in the SC has also given me a voice – I have been able to sit around a table with decision makers and voice my opinions'.

Every week John organises a core of 30 players to train on pitches where he works at UCL Qatar.

'When you train here, it doesn't matter where you go to church or where you worship,' he added. 'We come as a team, we come as one family.

'We have so many young kids in the team with great potential. We even have players who play in the leagues in Kenya but they couldn't get better pay or join the national team – so they ended up coming to Qatar for work.'

Former professional player Davis Ayala said it is not always possible for everyone to get a game.

'We have people from the hotel industry, the service industry, construction…sometimes we might gather them all at once, but sometimes they have to sacrifice playing. We don't have ample time to train but we have great management and one of the best units in terms of discipline'.

John believes their involvement with the 2022 World Cup gives people at home a way of feeling involved in the tournament.

'When people back in Kenya see stories about the team and our involvement with the World Cup and the legacy it is creating, the see the impact (of the tournament. Thanks to us, people in Kenya feel they are part of this'.

Anthony Harwood is a former foreign editor of the Daily Mail