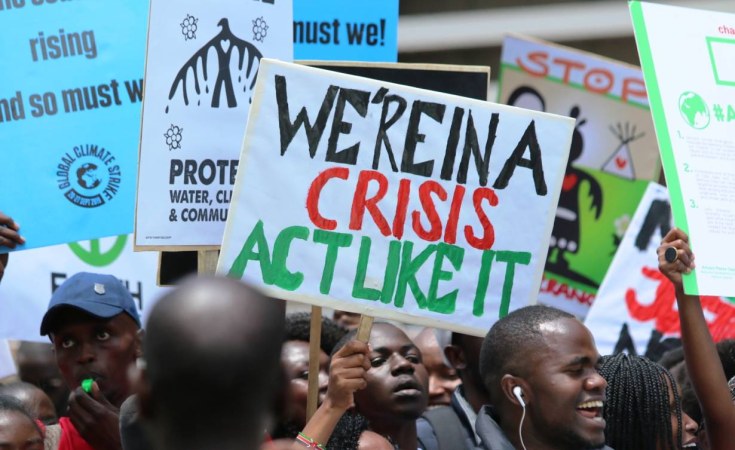 London — As global warming brings wilder weather, more harvest failures and the risk of growing migration and poverty, "sustainable development as we think of it today may be out of reach", a top U.N. specialist in climate change losses warned on Wednesday.

Nations around the world in 2015 agreed to pursue a set of "sustainable development goals" (SDGs) aiming to end poverty and hunger, and provide safe drinking water and affordable clean energy to all, among other targets, by 2030.

But with the planet heating up fast, serious threats - from expanding cities facing rising seas and floods to small islands watching their coral reefs die and water supplies turn salty - mean those "worthy" global goals may no longer be the right focus, said Koko Warner of the U.N. climate change secretariat.

"These (climate) changes out in the world are in some cases unfolding at a pace that's a bit surprising," the economist told a conference on researching climate-related damage at Sweden's Lund University.

With Indonesia already planning to shift its flood-prone capital and other nations grappling with problems such as worsening water shortages, pushing to meet the SDGs could be a matter of "trying to solve the problems of the 20th century" even as grave new 21st-century challenges loom, she said.

Leaders and societies seeking to protect the well-being of their people may need to refocus on tougher issues, she said.

Those could include what lifestyle changes people are willing to make to reduce climate risk and protect things they prize, such as securing their children's futures or being able to stay in their home nations rather than be forced to move.

"We need to understand what people value and what's acceptable or not," said Warner, who leads work on climate change impacts and risks for the U.N climate body.

As more protesters take to the streets around the world, demanding faster climate action, governments will need to make policy shifts that are acceptable to both activists and the broader public - and "that's a hard needle to thread", she said.

The U.N. climate secretariat, for instance, which oversaw the adoption of the Paris Agreement on climate change in 2015, focuses primarily on national-level action on climate threats.

But with cities growing so fast - about 70% of the world's population will be urban by 2050, the United Nations predicts - much of the work to cut carbon emissions and build climate-safe infrastructure is happening at city level, Warner said.

Today's international processes to fight climate change do not necessarily focus "where action needs to occur", she added.

Reinhard Mechler, a scientist who looks at socio-economic aspects of disasters and climate change, said discussions on climate-related losses will need to explore more deeply damage to culture, traditions and heritage, as well as economies.

Already, there is a move to examine "existential" threats, said Mechler of the Austria-based International Institute for Applied Systems Analysis.

U.N. climate talks in 2013 established the Warsaw International Mechanism for Loss and Damage, to explore ways of dealing with climate-related harm to people, property and nature.

That mechanism is up for review at the next round of U.N. climate talks, scheduled for December.

Digging into the wider implications of climate losses is important now as they have started to surge, Warner said.

From small islands facing a decline in tourism as coral reefs deteriorate to Germany seeing its famed forests die off, "we are talking about profound change", she noted.

Close to 300,00 Now Displaced By Floods As More Homes Submerged

East Africans Face Water Shortages, Damage After Floods
Tagged:
Copyright © 2019 Thomson Reuters Foundation. All rights reserved. Distributed by AllAfrica Global Media (allAfrica.com). To contact the copyright holder directly for corrections — or for permission to republish or make other authorized use of this material, click here.