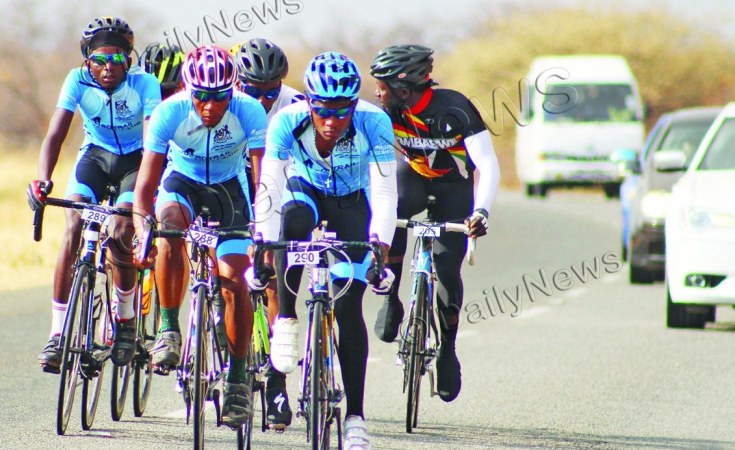 The race, to be hosted by Tsela Riders cycling club, will start and end at Mogobane Dam in Mogobane on Sunday.

The club's public relations officer, Spike Senombe, said this was not just about cycling, but inclusive of tourism and entertainment for family.

With two main routes specifically for the tourism factor, Senombe said the community would be able to enjoy the race and even spark interest in the sport.

Senombe said the 120km race route would see cyclists pedaling into Mogobane as part of igniting interest to cycling as a sport before heading out to other villages.

It will then go through Nhanhle village right through to Ranaka and join the Trans Kalahari highway bypass heading to Lobatse; and right turning at the T-Junction into Kanye, making a turnaround at the Mmathethe road and going back to Mogobane.

The 60km route, Senombe explained, would start by the dam into Ranaka and back to the dam. Senombe said the 120km race was a challenging route with many steeps and climbs and the headwind, which he said cyclists should be able to handle.

Senombe said they were open to using services within the locality of the race route, which would benefit such communities.

He also noted that to maintain the standard of the race, they would continue to give professional service in terms of safety in the road; having more marshals and all that was needed for a professional race.

Registration for the race is open at Cycle Base Sebele, BK Cycles, and Bikeshop or online at www.ucbtiming.co.bw at P300 and P200 for 120km and 60km races respectively. BPC Otse-Kanye cycle challenge is supported by Water Utilities Corporation, USN, Gabzfm, Cycle Base, Ford, GetSure and Energise Future Physiotherapy.