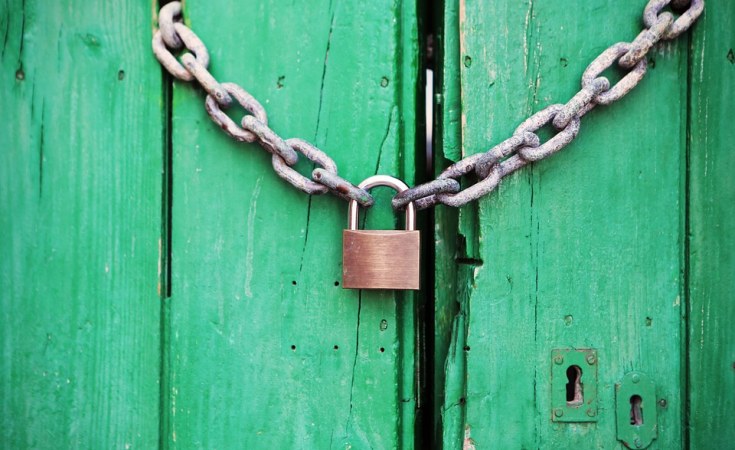 Accra — The Ashanti chapter of the Ghana Union of Traders Association (GUTA) has drawn the first pound of flesh from Nigerian traders, following the ensuing feud over the shutdown of the Nigeria /Benin border.

Some aggrieved GUTA members from the Ashanti Region on Wednesday shut down several shops owned by Nigerians at different markets in Kumasi.

Some of the areas affected were Alabah, Adhye, Kejetia and Suame Magazine all located at the Ashanti Regional capital.

The closure of the shops may not be unconnected with the shutdown of Seme border by the Nigerian government, which has left several trucks of Ghanaian goods stranded. An update on the situation at Kumasi indicated that the shops at Alabah, Adhye and Kejetia have all been opened, due to the intervention of Ashanti Regional Police Command.

The Manhyia Divisional Police Commander, Assistant Commissioner of Police, Boah had deployed men under his command to break the locks on the shops after the showdown.

As at the moment, shops at Suame Magazine Market, the spare parts hub at Kumasi are still under lock.

The National President of the Nigerian Union of Traders Association in Ghana (NUTAG), Chief Chukwuemeka Nnaji, who confirmed the recent development said, the issue at Suame Magazine was yet to be resolved.

"The Commanders at every locality sent their personnel and broke the padlocks on the shops. But Suame needed re-enforcement. As we are talking the shops are still locked," he disclosed.

GUTA has been very critical of the Nigerian government since the closure of Seme border on August 20 and had vowed to retaliate.

President of GUTA, Dr. Joseph Obeng in a recent interview had threatened that the Association would lobby the Ghanaian government to retaliate by invoking the Ghana Investment Promotion Council (GIPC) Act, which bans foreigners from engaging in retail trade.

Ghanaian Traders Lock Up Shops Belonging to Nigerians, Other Foreigners

Ghana's Ex-President Asks Nigeria to Reopen Borders
Tagged:
Copyright © 2019 Daily Trust. All rights reserved. Distributed by AllAfrica Global Media (allAfrica.com). To contact the copyright holder directly for corrections — or for permission to republish or make other authorized use of this material, click here.