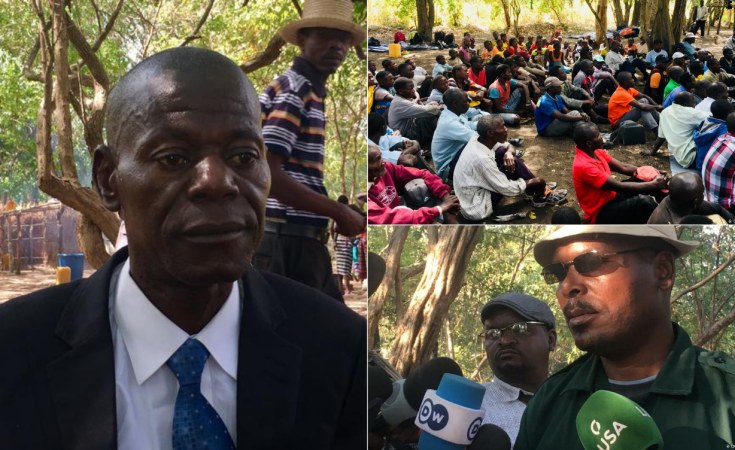 Maputo — The self-styled "Renamo Military Junta" has claimed responsibility for the spate of armed attacks in the central provinces of Manica and Sofala in recent weeks.

Speaking by phone with the Beira office of the daily paper "Noticias", the leader of the Junta, Mariano Nhongo (who has awarded himself the rank of general), boasted that he had given the command for the attacks.

He said that his main target was the police - although in fact civilian vehicles have also come under fire. In the last week of October, there were four attacks in Sofala and five people were killed, including two policemen.

Nhongo said that, during the general and provincial elections of 15 October, the police had intervened at the polling stations, "where there were shots and people died". He added that several people had been detained, and some remained incarcerated, which had facilitated ballot box stuffing.

He promised that the Junta's forces will attack any police vehicle in retaliation for the police intervention in the elections. "With the armed forces (FADM), we don't have any problems, because they didn't participate in the elections", he said.

Asked why the recent attacks had targeted civilians, as well as the police, Nhongo said "I prefer not to talk about this".

The "Military Junta" is a breakaway from the main opposition party, Renamo, led by Ossufo Momade, whom Nhongo regards as "a traitor".

When "Noticias" asked about his current relations with Momade, Nhongo replied, "I don't want to talk with him, I don't even want to know anything about him, because he has completely ruined our party".

But Nyusi has already made it clear that he regards Ossufo Momade as the true leader of Renamo. Momade has a good claim to legitimacy, in that he won a contested election at a Renamo congress in January.

It was Momade who, in front of a large number of international witnesses, signed the peace agreement with Nyusi on 6 August, and Nyusi is unlikely to agree to negotiate a second agreement just because there is a split inside Renamo.

Previous Story
Another Truck Attacked in Gondola
Next Story

Another Truck Attacked in Gondola

Previous Story
Tagged:
Copyright © 2019 Agencia de Informacao de Mocambique. All rights reserved. Distributed by AllAfrica Global Media (allAfrica.com). To contact the copyright holder directly for corrections — or for permission to republish or make other authorized use of this material, click here.