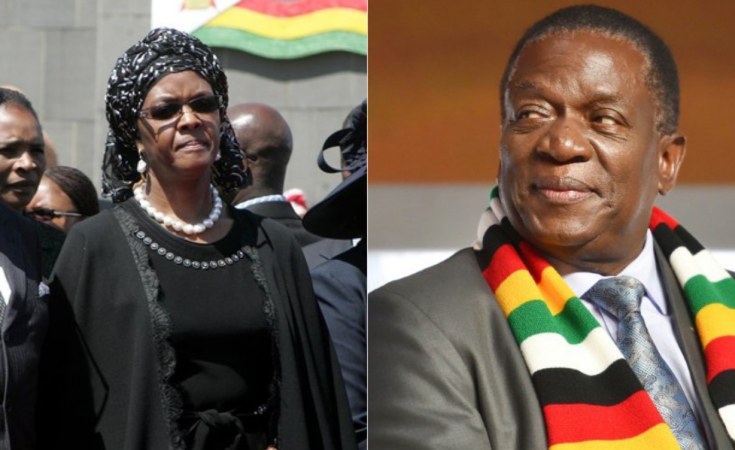 The gloves are off.

Grace Mugabe--once an eccentric and untouchable figure in Zimbabwean politics--is at loggerheads with President Emmerson Mnangagwa's government and the ruling Zanu-PF party over the family's properties.

The farms, located west of Harare, have a dairy products factory, a private school and an orphanage, which were all started by Mrs Mugabe.

The farms are part of real estate worth millions of dollars she acquired during the violent takeovers of white-owned farms at the height of government land reforms in the past decade.

The government's actions are seen as revenge against Mugabe's widow over long-standing bad blood between herself and insiders in the ruling party Zanu-PF, and more recently the public tussle between her family and the government over Mugabe's burial.

The family had initially agreed to a government request to bury him at a hero's square in Harare reserved for leaders of Zimbabwe's 1980s liberation struggle.

The agreement was only reached after President Mnangagwa agreed to build a $1 million hilltop mausoleum that would set him apart from his colleagues.

However, at the last minute Grace decided to have Mugabe buried in his rural home. The slight was taken as a blow by the government and party functionaries who have never hidden their disdain for her alleged role in alienating the former president from fellow war veterans and national leaders.

Grace had been accused by the military in 2017 of hounding out her husband's successor and other veterans of the liberation struggle, just before the palace coup that brought President Mnangagwa to power.

The government's recent move is therefore seen as hitting back at the former first lady.

Even before the former president was buried, at the height of the tussle over burial arrangements, it is alleged that President Mnangagwa's emissaries threatened to seize a house he had gifted Mugabe's daughter.

The house in Mt Pleasant had been built for Mugabe by Zanu-PF and the party still holds the title. However, President Mnangagwa has publicly said that the party was in the process of handing over title deeds to the house and the family's Blue Roof mansion in Harare's Borrowdale district built by government funds.

Alex Magaisa, a Zimbabwean academic based at the University of Kent in the United Kingdom, says that the new administration was likely to go after Mrs Mugabe to settle old scores.

The former first lady was linked to a faction in the ruling party that briefly forced President Mnangagwa into exile in South Africa before he returned a couple of days later to seize power in the palace coup.

Grace has remained virtually untouched since President Mnangagwa took power, yet those in the faction that backed her in the battle against the then vice president have since been forced into exile or have been arrested.

"They could never have publicly humiliated former president Mugabe during his lifetime for fear of upsetting neighbouring governments whose support the regime needs. President Mnangagwa knew that Mugabe still commanded a great deal of respect across Africa. They would have regarded any action against him as humiliating and disagreeable," he said.

"After all, they had supported President Mnangagwa when he usurped power and in return, he was expected to treat the old warrior with dignity. Likewise, going after his wife would have been regarded as an indirect assault on the former president."

Dr Magaisa said the relationship between the former first lady and President Mnangagwa was likely going to be strained.

"Life after Mugabe will be precarious and uncertain for Grace and her family," he added.

"Grace's allies know their future lies in a post-Mnangagwa era but there is far too much animosity for there to be any trust between them."

In June, President Mnangagwa said the former first lady "has about 16 farms yet the law says one family one farm."

He alluded that the farms would be repossessed once the government completed an audit to identify senior officials who allocated themselves more than one farm during Zimbabwe's controversial land reforms programme.

The Mugabe family spokesperson Leo Mugabe said they had been assured that their properties would not be seized.

"The issue of properties is being handled by the president," he told state controlled media. "He is handling the issue to ensure that the family is safe."

Mugabe to Auction Off Large Consignment of Farming Equipment 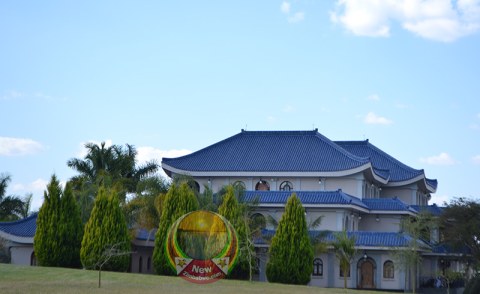 Armed Trespassers Occupy One of Mugabe's Many Farms
Tagged:
Copyright © 2019 The East African. All rights reserved. Distributed by AllAfrica Global Media (allAfrica.com). To contact the copyright holder directly for corrections — or for permission to republish or make other authorized use of this material, click here.