South Africa: The Fight for Land Is a Fight for Cattle 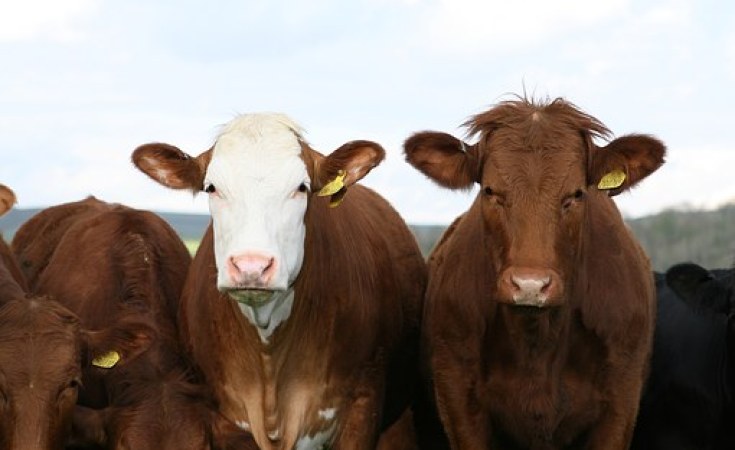 In E.W.M. Mesatywa's book titled Izaci namaqhalo esiXhosa (Xhosa idioms and proverbs) published in 1971, he records a list of proverbs. Of all the amaqhalo (proverbs) recorded, 31% relate to cattle. The book is the most comprehensive regarding Xhosa idioms and proverbs and it's clear that a strong relationship between cattle and amaXhosa dominates, leading me to dig deep into the relationship between cattle and amaXhosa.

The amaXhosa have deep endearment and reliance on cattle. This is shown in various ways. For example, the Kings have special inkabi, male cows that are castrated, which acquire specific names then used during izibongo (clan praises). Xhosa kings of the past such as Khawutha, the 4th king of the amaXhosa nation who ruled from 1820 until his death in 1835, had inkabi named Gojela and there were people in Gcaleka, which would today be in the Eastern Cape that used the name during their clan praises.

Famous and prominent kings such Maqoma, who was known as a great Xhosa military commander and warrior, had inkabi called Jingqi-mabalabala. The warriors and people under his leadership took on this name and became aMajingqi. The great Xhosa King Hintsa who was killed by the British had inkabi named Mali and people under his leadership took the name into their clan praises. These are just a few examples, but the trend was widespread indicating this endearment and reliance on cattle.

In the making of the famous and prominent Xhosa prophet Makhanda, who is also known as Nxele ("the left-handed"), cattle once again took centre stage. Makhanda was a Xhosa warrior, war doctor, philosopher and prophet who, during the Xhosa Wars, instigated an attack against the British garrison at Grahamstown, South Africa. He was born close to Uitenhage around 1780 and is remembered for uniting the Xhosa in their struggle against the British. Makhanda was spiritually introduced and accepted through brown and black cattle and given the name "Nxele" by a traditional doctor. In the making of amaGqirha (traditional doctors) such as Makhanda cattle play a crucial role. This once again links cattle to Xhosa and African spirituality.

In analysing proverbs from Mesatywa's work, it is noteworthy that cattle serve various roles such as indicating social status and spirituality. They are also a source of food, they provide a way to trade and they become path to political consciousness.

Inkomo ihlinzwa cala nye (A cow is being skinned one side). This proverb makes use of cattle to conscientise people about political matters of the time. It was used to explain colonial authority and its use of violence. The proverb essentially suggests that the side of the cow that is skinned and has meat, is for white people. The un-skinned side with no meat is for black people.

A striking theme from this proverb is the portrayal of cattle as a source of food for the entire nation. In this instance, cattle are used to symbolise the nation's wealth, dignity and source of power. Politics and social issues are often articulated through idiomatic language involving cattle as a method to locate the struggle in its geographical and cultural location. This is a language the masses best understand as it centres cattle, animals of significance to them.

The second analysis is made up of grouped proverbs, the first one is Ubuso bendoda ziinkomo,

(The face of a man is cattle). This is used to mean a man cannot be said to be ugly as his appearance is based on the livestock he possesses. The second one in this group is Indoda engenankomo ayibazi ubuhlanti, (A man that does not have cattle does not know a kraal). This is used to mean a poor man gets disrespected in the community. The short history behind this is that, essentially, the pride of a man is his kraal or his herd of cattle. Therefore a homestead with no kraal is no homestead.

Wealth and respectability were also attached to cattle ownership as cattle were a form of expressing wealth. Through these proverbs one can confidently argue that Xhosa polity had social stratification based on cattle ownership. Those who had no cattle received no respect.

But this historical knowledge cannot be isolated to the past. We need to use it to understand current arguments around economics, wealth and land. I argue that the fight for land is actually a fight for cattle. Land is essential for cattle to graze and the lack of this crucial resource affects African people's ability to own cattle. The negative effects of this are felt economically, socially and spiritually. This land is African and understanding this land from African people is crucial in this debate. I-Afrika mayibuye (Africa must come back).

Tagged:
Copyright © 2019 The Journalist. All rights reserved. Distributed by AllAfrica Global Media (allAfrica.com). To contact the copyright holder directly for corrections — or for permission to republish or make other authorized use of this material, click here.