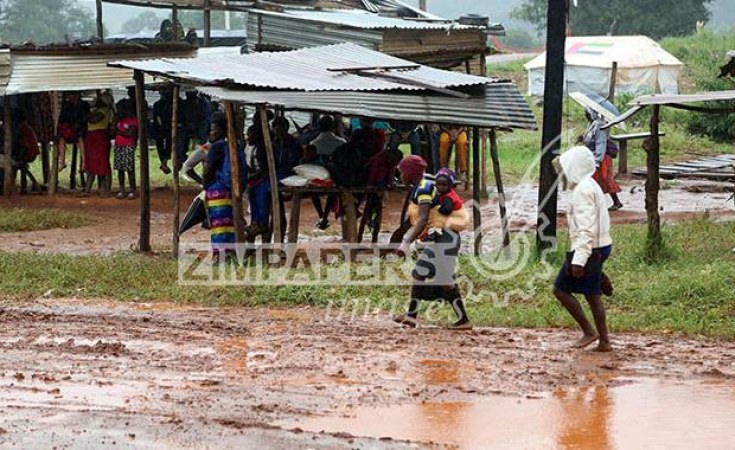 Over 700 people in 170 households in Chimanimani, whose homes were destroyed by Cyclone Idai in March, are still living in tents as the rainy season approaches. If given housing stands, money or materials, the people said they were prepared to start building their own homes.

But they are now in panic mode, although the provincial administration says semi-permanent structures, better than tents, should be ready soon.

Cyclone Idai, one of the most destructive Indian Ocean cyclones on record, smashed into Chimanimani and Chipinge districts, killing many, leaving hundreds homeless and destroying infrastructure worth US$1 billion.

Rapid and immediate aid from the Government and private sources ensured the homeless were given tents in camps, along with emergency supplies.

New homes were planned, if necessary, on new and less dangerous sites in the district, but building has been slow since repairs to roads and bridges had to come first.

The Herald visited Ngangu last week and spoke to the victims.

Ngangu is in Chimanimani East and is one of the areas that were most affected by Cyclone Idai.

Statistics show that there are 170 households in camps at Arboretum, Nyamatanda and Garikai.

Garikai has 83 households totalling 352 people with 471 in these two camps alone. Assuming the rest of the tented camps have similar sized households, there are more than 700 people still needing new homes.

"The district administrator's office told us recently that we were going to be relocated to Greenmount or Nedziwa. Our worry is that no developments are happening at those sites as we speak. We were just told that we are going to be given stands there but no dates were given to us," said Mr Micca Mukahlera, who lives in a tent at Aboratum Camp.

He shares his two roomed tent with his wife and four children.

"We were told that they intend to give us wooden boards to reinforce our tents when it rains. The boards would be erected on the sides of the tents. We are not sure yet if the boards are already available as no one has come back to us with an update.

"There are also no timelines. We plead with Government to urgently build us houses before the onset of rains," added Mr Mukahlera.

The cyclone victims were recently given additional tents to augment the initial emergency allocation.

"We urge the responsible authorities consider our situation since the rain season is almost upon us," she said.

Some victims suggested relocation to nearby villages.

"It is better if they give us pieces of land elsewhere even in villages and we build the houses by ourselves. They can just give us money to start up," said Mrs Laina Sithole, a mother of three.

She said plans to build them modern houses were taking long.

"The rain season is upon us and we are afraid as we were psychological and physically affected by Cyclone Idai," added Mrs Sithole.

Mrs Tambudzai Chikwee lives with her four children in a tent.

Her husband works in South Africa.

"We will have nowhere to prepare food once the rains start. Some Government employees came a few months ago and erected those poles over there but never returned. They wanted to build us a shade house for use as a kitchen. We cannot cook inside the tents as there is the risk of fire burning them down," said Mrs Chikwee.

Her neighbour's tent was gutted by fire at midnight recently under unclear circumstances.

"I had a residential stand in Ngangu and if given a piece of land I am able to build a house. If our Government is having problems with servicing land and building us houses, they may just give us stands and we will do the rest by ourselves. We yearn to live a normal life like anyone else," added Mrs Chikwee.

The victims of the cyclone said the tents react to weather changes making them inhabitable.

Government has identified three farms for the relocation of the victims of the cyclone namely, Greenmount, the Flats and Nedziwa.