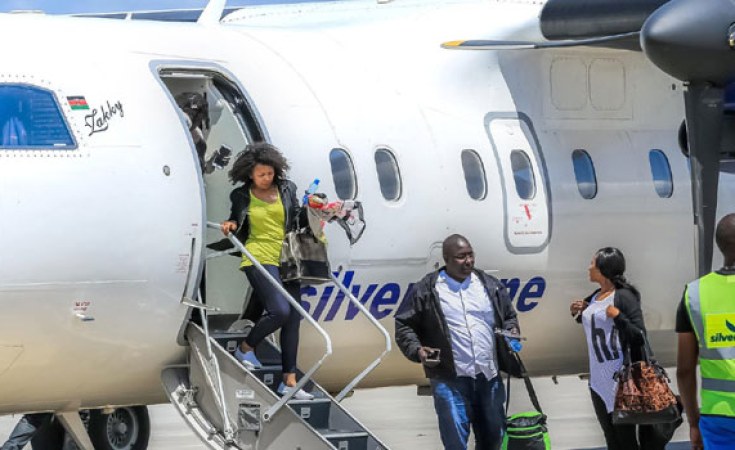 A parliamentary committee now claims that unnamed powerful elements in government bizarrely prevented KCAA Director-General Gilbert Kibe from appearing before it to give an update on air transport safety in Kenya.

Pokot South MP David Pkosing, chairman of the National Assembly Committee on Transport, Public Works and Housing, said Mr Kibe was ready to appear before the committee but there was a dramatic turn of events.

"Take it from me, the KCAA boss confirmed the other day that he would come and today (Friday) morning, he called me to say he was actually on his way. Only he can explain what happened," Mr Pkosing said.

With KCAA's Managing Director Alex Gitari the only one honouring the committee's invitation, the team could not proceed with the meeting.

Nevertheless, Mr Gitari told the MPs that Sh350 million has been budgeted to refill the gaping potholes on the runway at Wilson Airport.

But as Mr Pkosing made the claims, a letter from KCAA to House Speaker Justin Muturi indicated that the management was ready to appear on any other date.

Interestingly, the letter was copied to National Assembly Clerk Michael Sialai and Leader of Majority Aden Duale, with Mr Pkosing left out.

This prompted members to protest, wondering whether the ministry was serious about the air transport safety as the December festive season approaches.

"This committee will never be intimidated [when it comes to] the safety of the people," Mr Pkosing noted as he rescheduled the meeting to November 12.

Twenty seven air accidents have taken place in Kenya from January 2018 to date, according to a document Lugari MP Ayub Savula presented to the committee.

KCAA said in the letter that it was investigating Silverstone Air over the recent incidents but Mathira MP Rigathi Gachagua wondered why the State agency was quick to jump to a defence.

"The guilty are always afraid. We did not call KCAA to discuss Silverstone Air but whether the aircrafts they have licensed meet the country's safety expectations," Mr Gachagua said.

"It speaks volumes that they do not want to meet the people's representatives over air safety."

West Mugirango MP Vincent Kemosi accused the individuals behind Silverstone Air of canvassing to cushion themselves from appearing before the committee.

"Let the management of Silverstone Air not canvas everywhere because it will not assist them. It is a criminal offence for one to canvass so as not to appear before this committee," Mr Kemosi said.

Within a period of three weeks, Silverstone Air has had two incidents that have rung alarm bells in the aviation industry just days after a tragic incident at the Coast, where a woman and her daughter drowned after their car plunged into the ocean as they used the Likoni ferry service.

On October 11, the airline's Fokker 50 plane with 55 people on board plunged into a thicket as it took off from Wilson Airport destined for , an incident that left nine people injured.

The latest accident took place on October 28, when another one of the airline's planes made an emergency landing at Eldoret International Airport after a wheel came off.

The KCAA is required to provide details regarding manufacture of the planes in question, when they were last inspected for airworthiness as required under the Kenyan laws and who did the inspections.

The committee further wants details relating to all the fleets in the country and the chronology of the age of the aircrafts that operate at Wilson Airport.

The MPs may also want to know why the Air Accident Investigations Department at the Ministry of Transport is yet to release a report on exactly what happened during the airline's first incident at Wilson Airport. 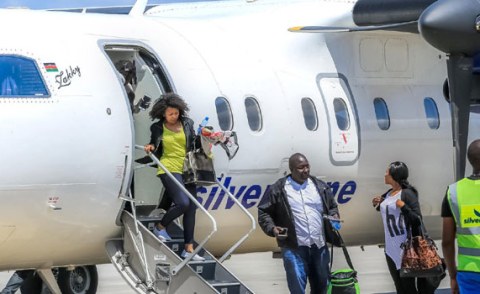