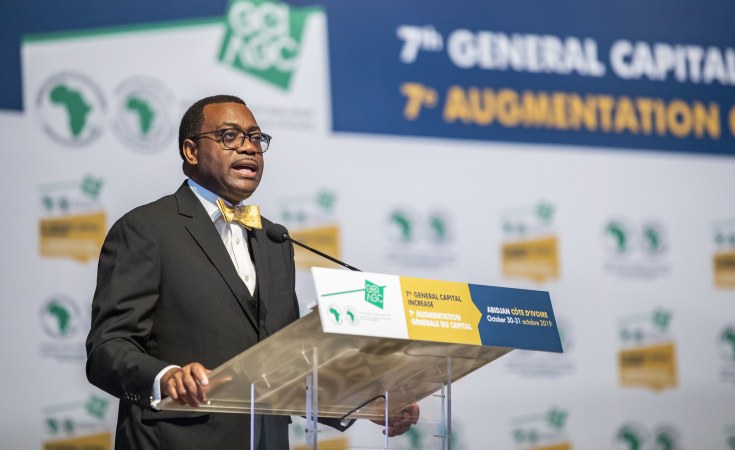 The African Development Bank on Thursday celebrated a historic $115 billion increase from its shareholders, the largest in the bank's 55-year history.

Applause rang through the stately auditorium of the Sofitel Abidjan, Hotel Ivoire, around 5.30 in the evening after the decision was announced.

"Today is a day of joy for Africa... because the shareholders of the African Development Bank trust the... Bank and have provided this financing," Bank President Akinwumi Adesina told journalists later at a press conference.

Adesina said the capital increase showed that the shareholders had "tremendous faith" in Africa and the Bank.

At an extraordinary shareholders' meeting held in Abidjan earlier on Thursday, Governors of the African Development Bank, representing shareholders from 80 member countries, approved the landmark capital increase. The Bank's capital base now stands at $208 billion.

"We as a Bank had said we are going to double our financing for climate change... so the shareholders strongly supported that direction... They are asking that we do a lot more on climate," Adesina said.

He also cited the recently launched Desert to Power initiative, which will help supply electricity to 250 million people in 11 countries across the Sahel by tapping into the region's abundant solar resources. 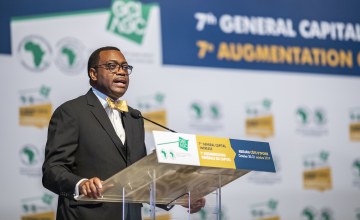 At an extraordinary meeting held on Thursday October 31st, the board of the African Development Bank approved a 125% capital increase - the largest in the lender's history. The decision was the result of more than 2 years of negotiations among the Bank's regional and non-regional shareholders to empower Africa's premier development bank to meet its High-5 development goals for the continent. An applause rang through the stately auditorium of the Sofitel Abidjan, Hotel Ivoire, around 5.30 in the evening after the decision was announced. At a press conference after the meeting, AfDB president Akinwumi Adesina said, "Today is a day of joy for Africa...because the shareholders of the African Development Bank trust the...Bank and have provided this financing." "The extra capital would help the bank finance energy, climate, and agricultural projects, as well as support infrastructure needed for the success of a continental free-trade zone."

Questions from the journalists centered around what the increase would mean for a continent which despite having some of the world's fastest growing economies, has significant challenges, such as a bulging youth population and a large infrastructure gap.

Adesina said the Board had also called for more investments in regional integration projects and in fragile states affected by a combination of challenges, including conflict, environment challenges and poverty.

"We're going to focus on all countries... Countries have development strategies, those strategies inform their requests for loans to us,"Adesina said. "We don't dictate."

Senior Vice President, Charles Boamah, reminded the group of around 50 journalists that the Bank was not the only player involved in Africa's development.

Adesina said, the general capital increase calls for greater efficiencies in operations and delivery in order to meet the high expectations of shareholders.