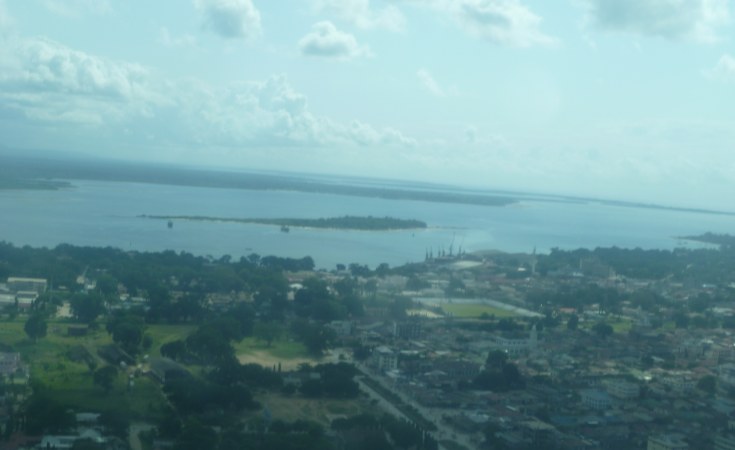 IN implementing its ambitious massive investment development plan, the Tanzania Port Authority (TPA) through its Tanga office has officially started renovating and upgrading Tanga Port by dredging the entrance channel and the berth.

The improvement at Tanga Port aims at turning the gateway into the highly competitive terminal, serving customers in the country, East African region and great Lakes region as the plan now is to have a 12-metre depth berth from the current five metres.

Future plans will also involve construction of a passenger terminal and a modern Single Mooring Point (SPM) for oil cargo.

Speaking to reporters in Tanga on Sunday after a board meeting, TPA Board Chairperson, Prof Ignas Rubaratuka and TPA Director General Deusdedit Kakoko said Tanga Port is a strategic terminal for the country's economy.

China Harbour Engineering Company (CHEC) is implementing the project whose first phase that costs 170bn/- is expected to last for 12 months. Project implementation kicked off on October 04, 2019.

According to Prof Rutabaruka, currently the terminal does not accommodate mega cargo ships as the entrance channel and the berth are shallow, a factor that compels cargo ships to anchor about 1.7 kilometres away (outer anchorage) from the berth.

"Outer anchorage has so many disadvantages as it increases TPA's operational costs,a burden which is sometimes passed on to traders and later consumers," he said.

From the outer anchorage, he said, cargo is then brought to the berth by budges and tug boats, spending much time handling a single cargo, including increasing operational costs.

He said after completion of the first phase cargo ships will be able to anchor only two hundred metres away from the berths before offloading cargo as preparations for the implementation of second phase of the project that will involve dredging up to the berth are being made.

He said the fifth phase government deserves compliments for making an affirmative action to renovate this port.

Tanga port, which is the oldest serving terminal in East African region had its first berth built in 188 8 during Germany colonial rule while the second one was built in 1954.

Despite being the second largest port in the country no major infrastructure improvements have ever been done since then.

TPA Director General Kakoko said Tanga port is geographically located at the place where it can offer quality services customers in several regions in the country's hinterland, northern, central and Lake Z ones.

Given the connectivity with railway and roads the port can also handle cargo destined for Uganda, Kenya, Rwanda, and Burundi, eastern parts of DR Congo, Malawi and Z ambi.

According to Mr Kakoko, failure by Tanga port to accommodate large vessels prompted cargo ships to opt to use other ports in the neighbouring countries but efforts to woo them have started bearing fruits.

He said, upon completion of the upgrading work traders will no doubt, opt to use the terminal as it will be able to offer world-class services.

To-date Tanga Port has two berths with a total of 450 metres in length and a yard of 3 0,000 square metres for cargo. It has enough cargo handling equipment.