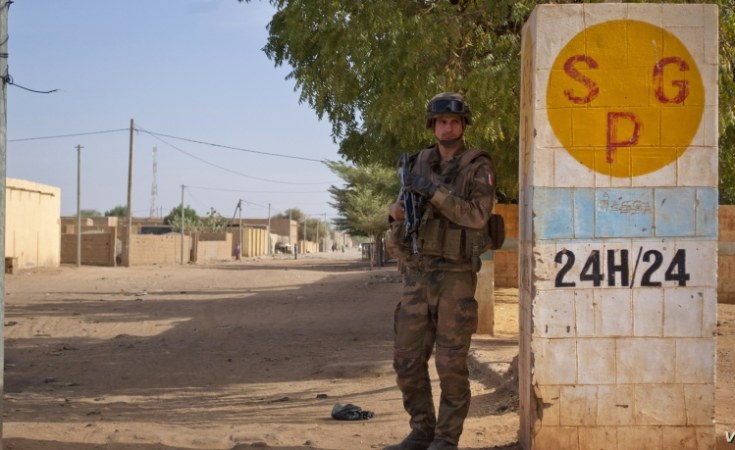 France's Defense Ministry has confirmed the death of a leader of the West African Islamic extremist group JNIM. The group is one of many militant groups with links to "Islamic State" and al-Qaeda.

French Defense Minister Florence Parly said via Twitter that Maychou, the No. 2 in command of the of Jama'at Nusrat al-Islam wal-Muslimin (JNIM) extremist group, was killed on October 9.

Maychou was a former radical Imam who was added to international sanctions list by the United Nations for his links to the so-called "Islamic State" (IS) militant group and al-Qaeda.

France, the former colonial power in the region, has been fighting against JNIM and other extremist groups in Mali and other countries in Africa's Sahel region, a sparsely-populated area south of the Sahara which stretches from the Atlantic Ocean to the Red Sea. JNIM is responsible for attacks on Malian and French troops as well as UN peacekeepers.

Violence by Islamist militants has proliferated in the Sahel in recent years, with many groups linked to al-Qaeda and IS. The groups use central and northern Mali as a launch pad for attacks across the region.

Last week, at least 53 soldiers were killed in a terror attack in the Indelimane area of Mali near the border with Niger. IS, whose leader Abu Bakr al-Baghdadi was recently killed in Syria, claimed responsibility for the attack.

Some 50 nations currently deploy more than 13,000 soldiers and 1,700 police in Mali. Germany has 840 soldiers in the West African country, though its mandate for the Bundeswehr as part of the UN peacekeeping mission MINUSMA allows for 1,100.

Previous Story
Africa Insiders - a Massacre in Mali, and Its Underlying Dynamics
Next Story

Africa Insiders - a Massacre in Mali, and Its Underlying Dynamics

Inequality Root Cause of West Africa's Sahel Crisis - Report
Tagged:
Copyright © 2019 Deutsche Welle. All rights reserved. Distributed by AllAfrica Global Media (allAfrica.com). To contact the copyright holder directly for corrections — or for permission to republish or make other authorized use of this material, click here.