Rwanda: The Headache of Fighting Corruption 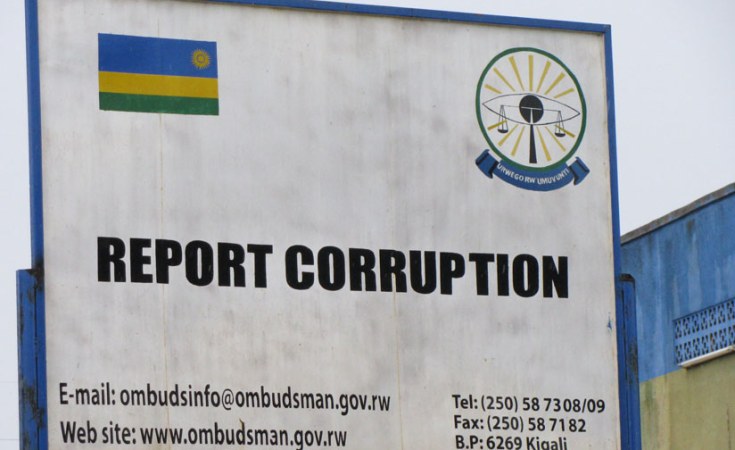 This is an initiative of the Government of Qatar, presented annually on International Anti-Corruption Day in cooperation with the Vienna-based United Nations Office on Drugs and Crime (UNODC). It seeks to raise awareness, support and solidarity to combat corruption and encourage new initiatives in pursuit of corruption-free societies.

Rwanda, the host, is among the countries in Africa that have made significant gains in fighting the vice.

Alongside Cabo Verde, Tanzania, Seychelles and Botswana, Rwanda is considered to be on track to address corruption.

The country has thus made the fight against corruption a top priority.

This commitment is evidenced by a policy framework that creates an environment aimed to fight the crime.

Last year, the Penal Code was revised and corruption was re-defined as imprescriptible offence and the offense of embezzlement was placed in the category of crime related to corruption.

In addition, a new anti-corruption law was promulgated in September 2018.

Generally, Rwanda has made a number of changes that experts believe will serve to counter the prevalence of corruption.

However, the question remain; is the impact of these initiatives being felt?

That question can be answered by looking at the professed statements of people with the responsibilities to address corruption.

Statistics from the Office of the Ombudsman reflect an upward trend of corruption cases.

Some 109 people were convicted between August 2018 and January 2019, for corruption.

The New Times approached Ingabire ahead of the ACE summit and asked her what she makes of the country's current battle against the vice.

Why is corruption difficult to battle with?

According to Ingabire, most people involved are powerful politicians, business people or powerful multinational/national companies.

In most cases, she explains, it is difficult to report high-ranking officials like those.

"Most people who choose to fight corruption are easily tempted when they see how profitable it is and end up adopting it," she said.

Fighting corruption goes hand-in-hand with the battle of changing the mindsets, says Ingabire.

"The population has not yet understood that corruption is an enemy of the nation, undermines development and increases injustice."

They have provided a toll-free number (2641), WhatsApp number and an online system.

"Not only that, but we also have some laws ensuring the protection of the whistleblowers. We even encourage anyone not to dismiss those who want to bribe them. In fact, it's better to schedule an appointment with them. And meanwhile inform us, so we catch them red-handed. The whistleblower is never held accountable," said Ingabire.

"Having few workers cannot translate into failure to achieve our goals, hence let it not be an excuse. Of course, we have few workers but we know that they are the ones that the country's budget is able to sustain," said Anastase Murekezi, the Chief Ombudsman

Therefore, he added, we do not keep asking for more workers but do our best to perform our responsibilities.

Reform of the civil service law

Another constraint impeding the fight against corruption lies in some laws which glorify suspects, said Ingabire.

To her, government officials should be governed by laws that do not allow them to return to work once they had been suspected of corruption.

The Rwanda National Police is a good example, said Ingabire.

"Any policeman is governed by the law as local citizens but on top of that, abides by the police disciplinary code. Hence anyone suspected of corruption is punished and reported to his colleagues and even if they are found innocent, they are never given back their duty," said John Bosco Kabera, Rwanda National Police spokesperson to The New Times.

This is contrary to other institutions where if the judge has doubts, the suspect is released and hence corrupt people keep their freedom outside jail and in addition to being back on duty.