Somalia: Al-Shabaab Hands Down the Biggest Ever Single Sentences to Militants 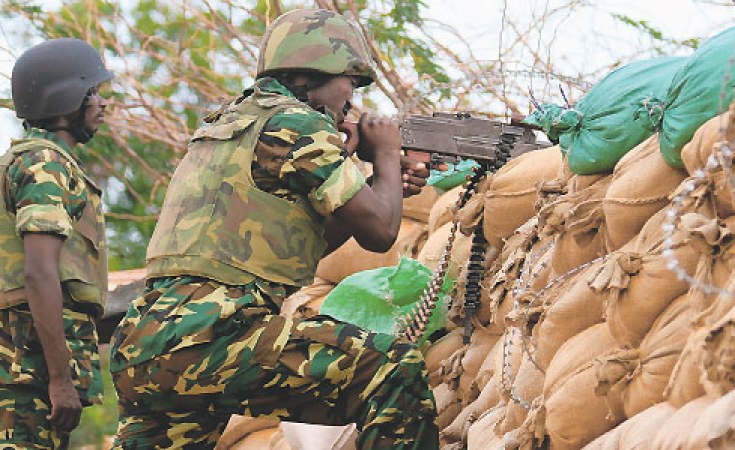 A Somalia military court announced Tuesday it has handed down jail terms to 8 Al-Shabaab members found guilty of coordinating bombings in Mogadishu.

The tribunal based in Mogadishu that the defendants, including a female, launched attacks targeted military bases and installations in Mogadishu with bomb explosions.

The state attorney of the court said Saafi Ise Arwaah, was an active member of Al-Shabaab, the Al Qaeda-linked militant group fighting to topple the Somali government.

The defendants have 30 days to appeal their sentencing.

Previous Story
U.S. Embassy Statement On the Visit of AFROCOM Commander to Mogadishu
Next Story

U.S. Embassy Statement On the Visit of AFROCOM Commander to Mogadishu

Strategies to Combat African Terror Attacks Are Under Scrutiny
Tagged:
Copyright © 2019 Shabelle Media Network. All rights reserved. Distributed by AllAfrica Global Media (allAfrica.com). To contact the copyright holder directly for corrections — or for permission to republish or make other authorized use of this material, click here.