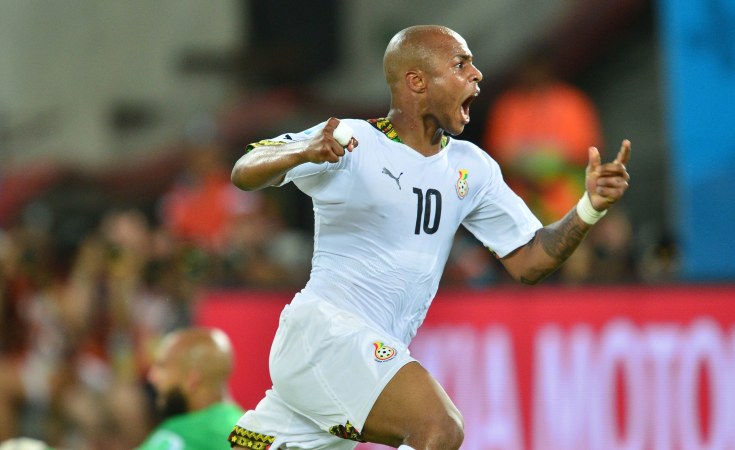 Gavin Barker/BackpagePix
Andre Ayew celebrates his goal equalising the score against the United States at the World Cup. But the U.S. went on to score again in the final minutes of the game.
FrontPageAfrica (Monrovia)
By Edwin Genoway, Jr.

Monrovia — Normal working and business activities of three major television cables operators in Liberia came at a standstill when two sheriffs from the Commercial Court of Montserrado County shutdown their offices.

K3 Telecom, SATCON and NANASAT were served writ along with an attachment for damages. The court order requested the immediate closure of the three cable companies.

The writ from the Commercial Court of Montserrado ordering the closure of the three firms came based on a lawsuit filed by the Consolidated Group, Inc. represented by and through its CEO, Mr. Simeon Freeman.

Consolidated Group Inc., which is the DSTV provider of subscriber management service in Liberia, had complained that the three cable providers are infringing on its intellectual property rights by illegally distributing to their respective customers certain television contents.

The court then ordered its sheriff to shut down the three companies on Tuesday.

Consolidated Group in its lawsuit said it will indemnify the accused companies in the amount of US$4 Million from all damages and costs which they may incur as a consequence of the suit if the plaintiff fails to prosecute the case successfully.

Excerpt from the attachment reads: "The said plaintiff /principal will appear before this Honorable Court or any other to which this case may be removed and to indemnify the said defendants named herein, in the sum of Four Million United States Dollars (US$4,000,000,000) if the said defendants prevail in the final determination on the main suit."

For the past years Consolidated Group has been complaining that the three television cable companies were allegedly "stealing contents" that they have no copyright to broadcast.

FrontPageAfrica recently obtained documents which seem to indicate that the three television companies are illegally broadcasting European football games without the authorized consent of the registered broadcasters.

The contents owners, which include LaLiga, beIN SPORTS, SHOWTIME, CANA+ OVERSEA and PREMIER LEAGUE, have all accused the three companies of illegally streaming their contents, mainly the football games.

LaLiga and the rest have officially complained these companies to the Liberia Telecommunications Authority (LTA), which is the government's agency with the direct oversight on these television companies.

SATCON and the other companies were also allegedly served carbon copies (cc) of the complaints against them.

"We understand that SuperSport International Limited is the English Premier League's License in the territory of Liberia and SuperSport has been granted live television rights in respect of the English Premier league competition during the three English football season commencing with the 2013/2014 season," the beIN SPORTS' communication stated.

The Act also states that the LTA may enter into mutual recognition or similar agreements with authorities in other countries to provide for the recognition of equipment certification or type approvals conducted in the other country and/or in Liberia.

In the Spanish LaLiga Santander's complaint, under the signature of its Legal Director Maria José López Lorenzo dated May 13, 2019, they told both NANASAT and SATCON: "We hereby inform you that the TV operator Super Sports is authorized to broadcast LaLiga's competitions matches in all languages, except for the Spanish and French languages in the territory of Liberia. In addition, the operator Cana+ international authorized to broadcast LaLiga's competitions matches in Liberia in French language."

Mrs. López Lorenzo said Super Sports had informed them that this exclusive right is also being used by the stations mentioned above.

"SuperSport has informed us that you are broadcasting to the public audiovisual contents of LaLiga's competitions without LaLiga, Super Sports, or Cana+ International's prior authorization or consent. In relation to the foregoing, we inform you that the above mentioned acts of infringement seriously damage our exclusive license agreement," LaLiga's Legal Director warned.

"Accordingly, you are hereby required to immediately stop all acts of broadcasting, and more broadly, any communication to the public of the audiovisual contents of LaLiga's competition (live or not, in whole or in part), and within three calendar days following the receipt of this letter confirm that you have complied with our request."

Earlier, LaLiga had threatened to file a legal action against the television companies should they fail to stop streaming its contents.

Back in 2016, Cana+ International also wrote the LTA complaining of similar contents breach by some companies operating in Liberia.

"We confirm that we are a sub-license holder of SuperSport in respect of the English Premier League in French in sub-Saharan Africa territories, including in the territory of Liberia on a non-exclusive basis within the term. We hereby confirm that no cable operator, pub, hotel or re-broadcasting operator has been authorized by Canal+ OVERSEAS to broadcast and/or commercialize our content/signal without our authorization and consent is unlawful and is causing us an irreparable harm and damage," the letter stated. 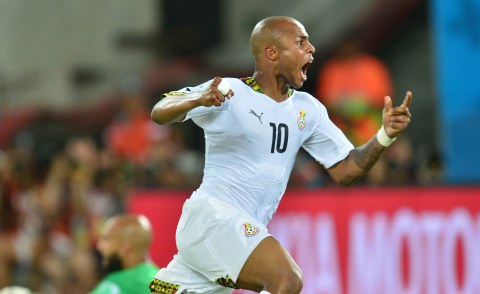 Blackout on Sports Live Streaming in Liberia
Tagged:
Copyright © 2019 FrontPageAfrica. All rights reserved. Distributed by AllAfrica Global Media (allAfrica.com). To contact the copyright holder directly for corrections — or for permission to republish or make other authorized use of this material, click here.