The bill on sexual harassment in tertiary institutions was read for the second time at the Senate on Wednesday.

The bill titled: 'A Bill for an Act to prevent, prohibit and redress Sexual Harassment of students in tertiary educational institutions and for matters concerned therewith, 2019', is sponsored by the Deputy Senate President. Ovie Omo-Agege, and 106 other senators.

The bill also proposes up to 14 years jail term for offenders.

It was read for the first time on October 9.

PREMIUM TIMES had reported in detail the provisions of the bill.

Leading the debate on Wednesday, Mr Omo-Agege said sexual harassment in campuses is a repugnant challenge to the values of Nigerians.

"For far too long, sexual predators masquerading as educators have plied the corridors of Nigeria's higher institutions unchecked and will continue in the absence of appropriate leadership response," he said.

While referring to a PREMIUM TIMES' report, the lawmaker said had the National Assembly acted earlier, many respected married women would have avoided the trauma of sexual harassment that still torments them and would not have spent more years in school just because they dared to stand their ground against vicious and wicked sexual predators in many universities.

"The strongest and most effective way to deal with the offence of sexual harassment in tertiary institutions is to penalise the very impropriety of the act, with or without consent, by making consent immaterial once the act is established," he said.

Breakdown of the bill

Mr Omo-Agege noted that the bill has 27 clauses.

Clause 1 is on the Objective of the bill; Clauses 2 and 3 are the Relationship of Authority, Dependency and Trust between an educator and a student; Offences constituting sexual harassment under the Bill are articulated in Clauses 4 and Marriage is a defence under Clause 5.

Under Clause 6, it is not a defence that a student consented to any offence in Clause 4. Clauses 8 to 10, 11/12 and 13/14 are respectively on commencement of criminal proceedings, penalty, and civil action for an educator's breach of fiduciary duty. Clauses 15, 16 and 17 are on Institutional Disciplinary Measures, Independent Sexual Harassment Prohibition Committee and Institutional Disciplinary Procedure respectively, thus providing a uniform statutory framework for all institutions to follow on sexual harassment.

Clause 18 is on judicial review of decisions taken by an institution; Clauses 19 and 20 spell out the criminal liability of administrative heads as defined under the Bill where there is a failure to address sexual harassment complaints as contemplated under the Bill.

Clauses 21 and 22 and 18 are concerned with liability on a student for false complaint; Clauses 23 to 25 make provisions for the protection of students from victimisation under any guise; Clauses 26 and 27 are on Definition of Terms and Citation respectively

The lawmaker said it is equally not necessary to extend the bill to cover similar relationships especially priest-congregant, employer-employee, father-daughter, and warder~prisoner because the Criminal and Penal Codes already adequately deals with these categories with sufficient clarity.

"On suggestions of inadequate sanctions for students who falsely accuse educators of sexual harassment, the reality is that this bill prescribes expulsion for those students. In addition, an educator whose character is maligned is at liberty to sue for defamation under the law of defamation which is well-settled in our jurisprudence and needs no duplication in this bill.

"There is also the suggestion that some students, especially females, harass educators by their mode of dressing and that this bill may not be doing enough to protect educators. I understand this concern. However, the educator can activate institutional disciplinary actions against such students," he explained.

The bill has no financial implications and there is no accompanying financial compendium, he said.

Senators Betty Apiafi, Uche Ekwunife, Matthew Urhoghide and Akon Eyakenyi all supported the bill in their contributions and urged other colleagues to do the same.

The bill was thereafter read for the second time and referred to the Senate Committee on Human Rights and Legal Matters for further legislative work. The committee was asked to report back after two weeks. 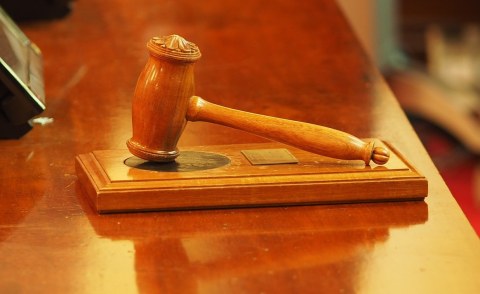 Nigeria Launches First National Register of Sex Offenders
Tagged:
Copyright © 2019 Premium Times. All rights reserved. Distributed by AllAfrica Global Media (allAfrica.com). To contact the copyright holder directly for corrections — or for permission to republish or make other authorized use of this material, click here.