Africa: What Does the Death of IS Leader Al-Baghdadi Mean for Boko Haram? 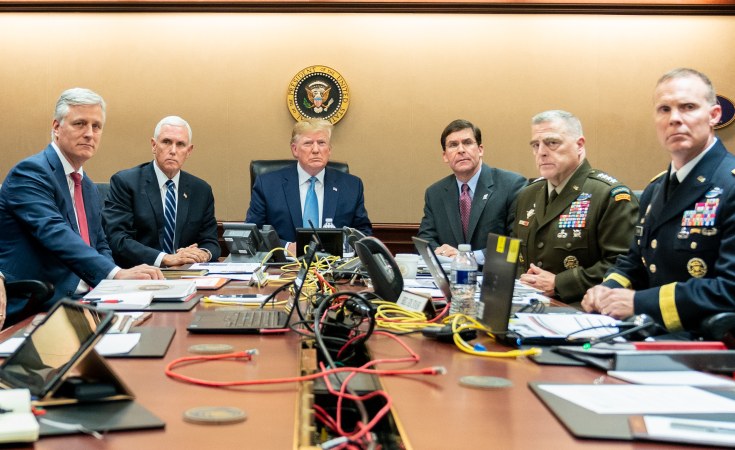 Will members of Islamic State West Africa Province (ISWAP) stay or defect? Their decision will have far-reaching implications.

On 25 October, the "caliph" of so-called Islamic State (IS) Abubakar al-Baghdadi was killed in a US-led military operation in Syria. Soon after, IS spokesperson Abu Hassan al-Muhajir was killed in another raid in the same Syrian province. IS has factored into Nigerian Islamist militancy for several years now. What effect could these deaths have on security in northeast Nigeria and surrounding regions?

IS ties to the insurgency in West Africa are complex. They involve material, ideological, strategic, and organisational influences. They have also changed over time with different important individuals and factions.

One key figure in this is Abubakar Shekau. Having led Boko Haram since 2009, Shekau pledged loyalty to al-Baghdadi in March 2015 and oversaw the group's rebranding as Islamic State West Africa Province (ISWAP). Just over a year later in August 2016, however, Shekau was ejected from ISWAP for ignoring orders from IS and targeting Muslim civilians, including women who he claimed to "enslave". After his expulsion, Shekau did not renounce his allegiance to al-Baghdadi and his loyalists still emulate IS, but he returned to leading his faction under the old name of Boko Haram.

Another important individual is Abu Musab al-Barnawi. He became the leader of ISWAP in 2016 after Shekau was dismissed. Al-Barnawi led the group until March 2019 when he was, in turn, replaced by Ba Idrisa. Al-Barnawi also did not renounce his loyalty to al-Baghdadi after being demoted.

Along with the Idrisa-led ISWAP and Shekau-led Boko Haram, a final faction of interest is Ansaru. This jihadist faction originated in 2011 when it defected from Boko Haram with the support of al-Qaeda in the Islamic Maghreb (AQIM). Like Abu Musab al-Barnawi (not to be confused with Ansaru commander Khalid al-Barnawi) years later, Ansaru opposed Shekau's targeting of Muslim civilians. Its operations therefore targeted Westerners, such as through the kidnapping of foreign engineers. Most active in 2012-13, Ansaru thereafter became dormant partly because Shekau loyalists killed some of its fighters for defecting. Some other of its members even tacitly reconciled with Boko Haram including Khalid al-Barnawi before his reported arrest in 2016. Ansaru is the only Islamist militant group in Nigeria never to have declared loyalty to IS.

Will there be defections?

This is where things stood two weeks ago before al-Baghdadi's assassination.

Curiously, within 24 hours of the IS leader's death, an al-Qaeda media arm published a photograph of three Ansaru fighters in Nigeria. This was one of very few messages the largely inactive Ansaru had released since 2015 when the group published two videos chastising Shekau and Boko Haram prior to Shekau's pledge of loyalty to al-Baghdadi.

The timing of the latest al-Qaeda media release about Ansaru raises the question of whether it was related to al-Baghdadi's death. Either way, the effect was that Ansaru was promoting itself as the "al-Qaeda option" in Nigeria just moments after IS had not only lost its "territorial Caliphate" in Syria and Iraq but also its "caliph" and spokesperson.

One way of interpreting Ansaru's re-emergence is that it is part of an attempt to revive relations with Abu Musab al-Barnawi. As I detail in my forthcoming book, the former ISWAP leader never harboured ill will towards Ansaru and shares its outlook regarding opposing Shekau. He wrote positively of Boko Haram's "strong ties" to AQIM in his 2018 book and spoke well of Ansaru and its original leader. Ansaru might be calculating that Abu Musab al-Barnawi has less reason to maintain his loyalty to IS following his demotion and "the caliph's" death. This suggestion is bolstered by reports that Ansaru is establishing bases in northwestern Nigeria alongside ISWAP "deserters" and even Islamic State in Greater Sahara (ISGS) fighters originally based in Mali.

Another possibility, however, is that some ISWAP members will instead move towards Shekau following al-Baghdadi's death. Boko Haram has increasingly been issuing propaganda videos and attack claims in recent weeks. It has also expanded its operations from southern Borno to other parts of that state and across Nigeria's borders. ISWAP hardliners demoralised by IS' territorial losses and al-Baghdadi's death may be tempted to switch their affiliation to Boko Haram. Some fighters might also find greater religious legitimacy in Shekau than Ba Idrisa or al-Baghdadi's successor, Abu Ibrahim al-Hashemi al-Quraishi . Shekau always maintained that he himself and al-Baghdadi were both equivalent to leader "imams".

When Ba Idrisa was declared ISWAP leader in March 2019, he declared his loyalty to al-Baghdadi, but he now leads a group at risk of fragmenting. Moreover, unlike when IS was strong and reportedly provided ISWAP significant levels of training and funding, it is now much weaker. While the IS brand is strong enough for sizeable numbers of ISWAP members to transfer their loyalties to al-Baghdadi's successor, his death could still become a boon to Ansaru and Boko Haram if skilled and experienced ISWAP fighters defect to them.

The ideal scenario for IS would be if al-Quraishi demonstrates diplomatic tact and relaunches efforts to reconcile Ba Idrisa and Shekau under the ISWAP banner, especially now Abu Musab al-Barnawi is out of ISWAP leadership. But Shekau would need to moderate his theological positions if this were to occur and that is unlikely.

What this means for security in the region

Ansaru and Boko Haram have had different militant strategies than ISWAP. Ansaru has focused on targeting Westerners, prison breaks, bank robberies, and "defending" central Nigerian Muslims from Christians. Boko Haram has concentrated on raiding villages, attacking military posts, and killing both Muslims and Christians whom Shekau deems apostates. If these factions are strengthened by defections from ISWAP, it could impact the kinds of targets, locations, and victims in the region.

On the global level, there are broader signs that al-Qaeda and its affiliates may exploit al-Baghdadi's death to "rehabilitate" IS loyalists. These fighters, including in ISWAP, are now forced to choose between three options: a) pledging loyalty to a "ghost caliph" like al-Quraishi whom barely anyone knows; b) reconsidering the "righteousness" of al-Qaeda's methodology and joining associated groups like Ansaru; or c) operating independent of formal umbrella jihadist affiliations as part of groups like Boko Haram.

Because ISWAP has been one of IS' strongest external provinces, any defections to Ansaru or Boko Haram could reduce IS' global influence too. It could help make al-Qaeda the preeminent jihadist vanguard just as it was before al-Baghdadi's Caliphate declaration in 2014.