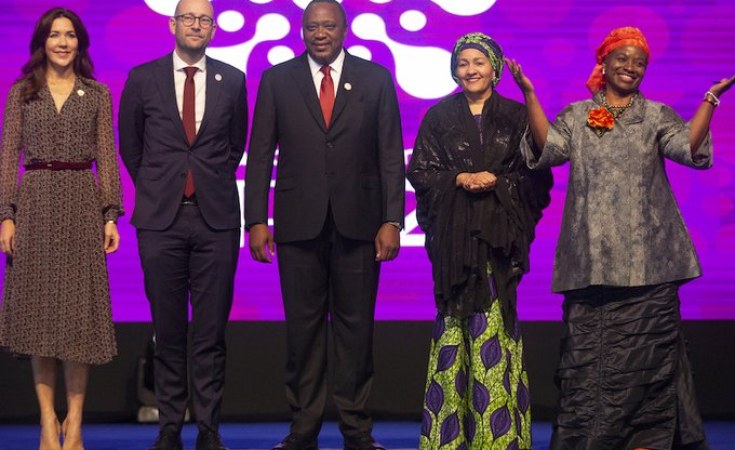 Nairobi, Kenya — For each of the 830 women dying each day from pregnancy complications and childbirth, an estimated 20 others suffer serious injuries, infections or disabilities.

This is the reality that millions of women face, and informs the Nairobi Summit's three critical commitments which are to bring preventable maternal deaths, gender-based violence and harmful practices, as well as unmet need for family planning, to zero. To achieve this objective money is needed.

Finding the money for commitments

Private sector organisations including the Ford Foundation, Johnson & Johnson, Philips and World Vision, announced that the world as envisioned in Cairo in 1994 will cost $264 billion to deliver.

"Building financial momentum and bridging existing resource gaps around these commitments will not be easy. While most countries have constitutionalised reproductive health and rights, mobilising domestic resources has not automatically followed," says Nerima Were, programme manager of the Kenya Legal and Ethical Issues told IPS.

How much will it really cost to deal with family planning?

Currently, only $42 billion in development assistance is expected to be spent on advancing these goals. It, therefore, means that an additional $222 billion in investments will be required over the next decade.

Who will really fund commitments?

Were says that envisioning and articulating what form and shape these investments will take, is critical. She argues that at the moment it is not clear whether these additional costs will be raised in foreign investments, domestic allocation or private spending.

"This discussion is not just about dollars and cents but values and choices. It is also about translating choices into practical ways of making decisions," says Achim Steiner, of the United Nations Development Programme, UNFPA.

Steiner says that financial decisions can be framed in different ways, and that analysing the cost and gaps in delivering the three commitments, is a way to advise the world on how to invest.

"It is about helping societies to be better informed and to make better choices. The issue is not what it will cost to bring them to zero, but the cost of not bringing them to zero," he argues.

World Bank data has shown that family planning is the "best buy" for governments. For each additional dollar spent on contraceptive services in developing countries, the cost of maternal and newborn healthcare could be reduced by two dollars and twenty cents. Importantly, estimates also show that every dollar invested in family planning pays itself back $120 in saved costs.

Africa must and can find the money

Researchers at the African Population and Health Research Centre indicate that African countries will need to dig deeper.

Budget underspending in the health sector prevails across the continent. "Africa has the resources to achieve these three critical goals. The exponential growth of economies across the country is reflective of the continents financial muscle," says Jackson Chekweko, executive director for Reproductive Health Uganda, the member association for International Planned Parenthood Federation (IPPF).

Chekweko argues that political will and commitments are more important, and that "there will always be resources for what the government, especially presidents, say is a priority. African presidents wield a lot of influence on resource allocation."

He argues, for instance, that Uganda made a commitment at the recent London Summit "to allocate $5 million to family planning annually. This has been done because the president said so."

Chekweko adds that there's also a new generation of leaders such as President Uhuru Kenyatta of Kenya who will not shy away from making ambitious commitments.

"President Kenyatta made several bold statements at the ICPD25 Summit. He has declared that East African countries will reduce FGM to zero by 2022 and confirmed gender-based violence will, without a doubt, be reduced to zero," he says.

Chekweko says that a demonstrable political commitment will encourage partnerships to help meet existing resource gaps. "Once we agree that issues of sexual and reproductive health and rights are a priority, the money will follow this purpose. Even if it means raising taxes such as VAT(value-added taxes) and PAYE (pay as you earn) by just one percent, it will be done," Chekweko says.

Were adds that within the context of limited domestic funding, a scale back by external donors, and ambitious health and health coverage targets and domestic resource mobilisation, has never been more critical.

"To reach zero in all three areas, governments will need to carefully decide what their priorities are, anything that falls within that priority framework must be achieved," she says.

ICPD25 - Lessons From the East

16 Days of Activism is Over, But What's Changed for Women?
Tagged:
Copyright © 2019 Inter Press Service. All rights reserved. Distributed by AllAfrica Global Media (allAfrica.com). To contact the copyright holder directly for corrections — or for permission to republish or make other authorized use of this material, click here.