Kenya Pledges to End FGM By 2022 - Ahead of Global Target 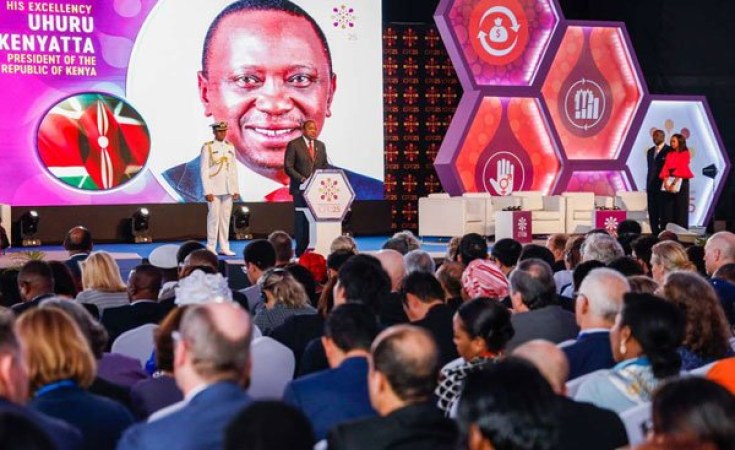 Nairobi — Kenya's president on Tuesday promised to end female genital mutilation (FGM) by 2022, a goal women's rights campaigners said was unrealistic due to insecurity and high prevalence rates in some parts of the east African nation.

One in five women and girls aged between 15 and 49 in Kenya have undergone FGM, which usually involves the partial or total removal of the female genitalia and can cause a host of serious health problems, according to the United Nations.

Kenya outlawed the practice eight years ago, but it continues as some communities believe it is necessary for social acceptance and increases marriage prospects.

"Kenya commits to eliminate female genital mutilation by 2022," President Uhuru Kenyatta told a global conference on sexual and reproductive health and rights as part of a series of commitments made by governments at the event.

"In addition, the country will eliminate all forms of gender-based violence and harmful practices by 2030 through the strengthening of coordination mechanisms and by addressing cultural norms that propagate these practices," he added.

An estimated 200 million girls and women worldwide have undergone FGM.

The ancient ritual, practised in at least 27 African countries and parts of Asia and the Middle East, is usually carried out by traditional cutters, often with unsterilised blades or knives.

In some cases, girls can bleed to death or die from infections. It can also cause lifelong painful conditions such as fistula and fatal childbirth complications, says the U.N.

Kenya criminalised FGM in 2011 with a minimum punishment of three years imprisonment and a $2,000 fine - the most comprehensive anti-FGM legislation in east Africa.

But while the law - coupled with increased awareness of the harmful effects of FGM - has helped reduce prevalence to 20 from 27 percent in 2009, the practice persists in some communities.

Northeastern counties such as Mandera and Wajir have prevalence rates of over 90 percent - but anti-FGM campaigners say it has been difficult to work in these areas due to a lack of funds, their remote locations and insecurity.

They said it would be difficult to end the practice within two years - eight years ahead of the 2030 global goal agreed by U.N. member states.

"It's a welcome step to have the head of the country committing to an ambitious target, but I think it's a little unrealistic," said Tony Mwebia from the Men End FGM campaign on the sidelines of the International Conference on Population and Development.

"Many of these areas have local conflicts happening such as cattle rustling, or battles over resources such as pasture and these are not seen as easy or safe places to access - so a lot more work will need to be done.

The three-day summit brings together more than 6,000 participants - including heads of state, government ministers, financial institutions, donors and civil society groups - from 160 nations to discuss issues such as maternal deaths, child marriage and violence against women.

16 Days of Activism is Over, But What's Changed for Women?
Tagged:
Copyright © 2019 Thomson Reuters Foundation. All rights reserved. Distributed by AllAfrica Global Media (allAfrica.com). To contact the copyright holder directly for corrections — or for permission to republish or make other authorized use of this material, click here.