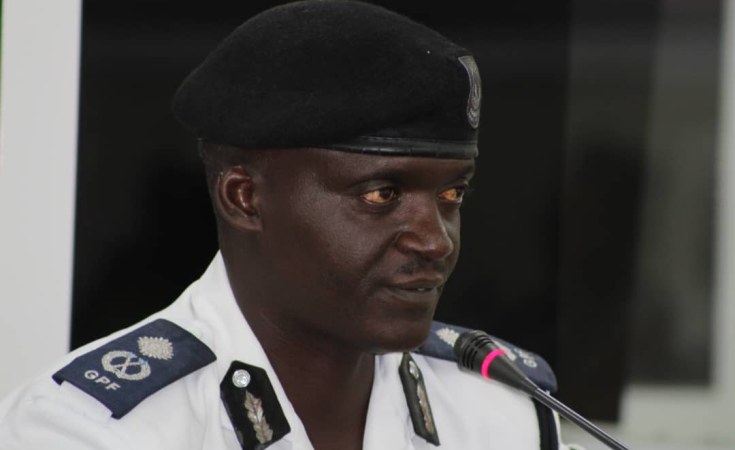 A former Chief Disciplinary Officer (CDO) of the Gambia Police Force has accused former Inspector General of Police, Ensa Badjie of leading the witch-hunters at the police headquarters in Banjul.

RSM Abdou Colley appeared before the Truth, Reconciliation and Reparations Commission (TRRC) on Monday, 11th November 2019 in the 10th session of the Commission focused mainly on Yahya Jammeh's witch-hunting exercise. It is alleged that the witch-hunt was a make-up by the former head of state and in the process had violated the rights of so many Gambians by giving them concoctions to drink.

He said sometime in March 2009, at the police headquarters, he assembled his men and assigned them on their various duties. He said this was early in the morning. He told the Commission they saw a group of people dressed in red having animal horns, mirrors and cowries approaching them.

"They were accompanied by former Inspector-General of Police (IGP) Ensa Badjie, alias Jesus. They started searching the four corners of the buildings at the police headquarters in Banjul with their horns, mirror, and cowries. I was searched and nothing was found on me," he explained.

He said: "Former IGP Ensa Badjie alias Jesus ordered me to blow the horn during the search at the police headquarters and I did," he remarked.

He said the witch-hunters were accompanied by Solo Bojang, an officer of the State Guard adding that they were moving from one corner to another as if they were looking for something.

The witch-hunters were reported to have arrived in The Gambia from Guinea in the early years of March 2009.

"The witch-hunters pointed their horns, mirror, and cowries at Yahya Darboe, Mustapha Ceesay, Kumba Dampha, and selected them as wizards," the witness alleged.

He said the witch-hunters slaughtered a goat together with a cock and dug a hole under a palm tree and buried them in a ditch.

"After burying, the marabouts who were dressed in red - asked those identified as witches and wizards to report to them," he said.

He alleged that former IGP Ensa Badjie alias Jesus gave the order for the purported witches and wizards to be taken to Kotu.

"Yahya Dorboe refused to go and nothing came out of it. Mustapha Ceesay was later transferred to Fatoto police station. His transfer might have some connection with his identification as a wizard," he opined.

Ex-Police Officer Explains How He Las Labelled a Wizard