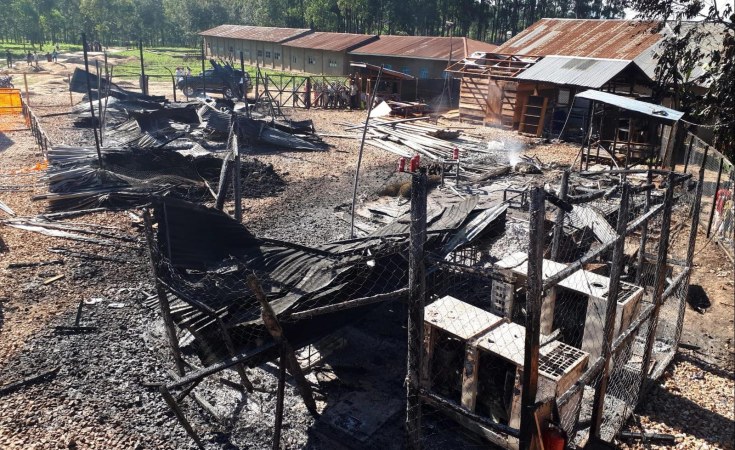 Geneva — The World Health Organization says that dangers posed by armed groups in two eastern Democratic Republic of Congo provinces are impeding progress in the battle to stop the spread of the deadly Ebola virus.  Latest reports put the number of confirmed Ebola cases at 3,287, including 2,193 deaths.

International health workers have achieved a lot since the Ebola epidemic in eastern Congo was declared in August 2018. The World Health Organization says the number of Ebola cases has decreased and stabilized over the past few weeks.

While that is encouraging, WHO spokesman Christian Lindmeier says “we are not out of the woods yet.”

“The risk of re-introduction of Ebola into former hotspots remains high and is…contingent on the level of access and security in these communities," Lindmeier siad. "So, the outbreak has been and is occurring in an extremely complex environment, marked by poor infrastructure, political instability, as you heard, community mistrust of national authorities and outsiders and ongoing conflict involving scores of armed…militia groups.”

And, last week, a health care worker was killed in his home and his wife critically injured.

The DRC has always been an area of high mobility. The armed conflict in the region has caused hundreds of thousands of people to flee their homes.   But people move around for other reasons as well. Lindmeier tells VOA among those on the move are infected people who could spread the virus.

“Because they were moving, we cannot be too optimistic about ending this soon," Lindmeier siad. "As I said in the beginning, the weekly number of cases have stabilized over the past few weeks, but we are not, definitely not out of the woods yet and should not cry victory…before we are at the end of this.”

The WHO notes Ebola hotspots have shifted from urban areas to more rural, hard-to-reach communities.  It says that, plus the extremely volatile security situation, creates additional challenges in hunting down the virus.

NICD - No Ebola Cases in SA

Malawi Says Man's Death Not Related to Ebola
Tagged:
Copyright © 2019 Voice of America. All rights reserved. Distributed by AllAfrica Global Media (allAfrica.com). To contact the copyright holder directly for corrections — or for permission to republish or make other authorized use of this material, click here.