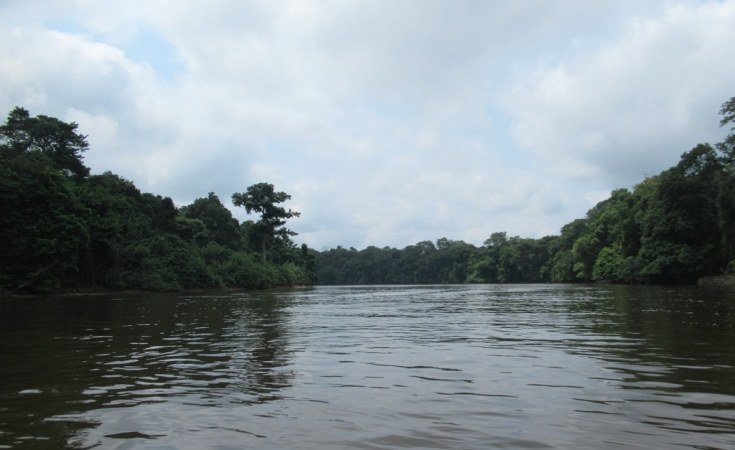 Johannesburg — Gabon's new environment minister, Lee White, a British-born conservationist, has vowed to fight illegal logging by strengthening governance of forests after a national scandal in which about 350 containers of rare kevazingo wood went missing.

Illegal logging, political apathy and climate change are key reasons why White made the move into politics, hoping to bolster protection for Gabon's forests, which cover close to 90% of the country and act as "carbon sinks" that help cool the planet.

"Because of my science (background) I have a certain voice," said White, who ran the Wildlife Conservation Society's programme in Gabon for nearly two decades before leading its national parks agency.

"I had a choice: do I keep studying the demise of Africa's rainforest and the disappearance of chimps and gorillas and elephants, or do I go into conservation and politics?" he said in an interview in Johannesburg.

White grew up in Uganda and Sierra Leone, and has lived in Gabon for 30 years, becoming a dual citizen of the Central African country and Britain more than a decade ago.

Spotting an elephant within minutes of reaching the Gabonese field site for his PhD research in 1989 convinced him he "was destined to be in Africa".

"It was always my dream to see a forest elephant, and Gabon's forest was teeming with wildlife," said White, smiling.

With a population of 2 million people, Gabon has lost as little as 0.01% of its forests, one of the lowest deforestation rates in the world, according to White.

But in May, one month before White was named minister of forests, environment and the sea, Gabon's former environment minister and vice president were swiftly removed after the disappearance of hundreds of containers of illegally logged kevazingo, a valuable hardwood that is popular in Asia.

In response to the scandal, the government plans to strengthen forest governance, said White.

"We passed a new penal code that is much tougher on all of these organised crimes, particularly within government," he told the Thomson Reuters Foundation.

"We are trying to build a new spirit within the forest ministry," involving training, a push for more funds and a stronger partnership with the defence ministry, White said.

By 2022, Gabon will require all logging companies to be certified by the Forest Stewardship Council (FSC), the international certification scheme for ethical wood products.

The ban on raw wood exports, meanwhile, is part of a push to create much-needed jobs in Gabon such as furniture-making, the minister added.

White was a pioneer negotiator of the REDD+ (Reducing Emissions from Deforestation and Forest Degradation) programme, a U.N.-backed global scheme aimed at incentivising forest protection with funding from donors and carbon markets.

But Gabon pulled out of REDD+ in 2011 as funds had yet to materialise, White noted.

"I think it is a fantastic idea which the world isn't ready for quite yet," he said, adding that in 12 years only $5 billion of $30 billion pledged by developed countries to forest nations had been paid out.

Nonetheless Gabon is continuing with similar activities such as monitoring its forests and signing a deal with Norway at September's U.N. Climate Summit for $150 million over 10 years to protect its carbon-absorbing tropical forests, said White.

"Maintaining forests is the most cost-effective way of dealing with climate change," he said.

Failure to safeguard Central Africa's tropical forests on the other hand would be a "terrifying" prospect, he added.

White urged politicians worldwide to overcome their "inertia to act" on climate change.

"By the time it gets really bad, it's going to be really difficult to correct it because we've let it go too far," he said. "This is why Gabon is so engaged on climate - for our country but also for the planet."

Previous Story
What Must Be Done to Protect Large Trees
Next Story
Big Money, Big Cheating: Keeping Profits High and Hidden in the Gabonese Logging Industry

What Must Be Done to Protect Large Trees

Next Story
Tagged:
Copyright © 2019 Thomson Reuters Foundation. All rights reserved. Distributed by AllAfrica Global Media (allAfrica.com). To contact the copyright holder directly for corrections — or for permission to republish or make other authorized use of this material, click here.