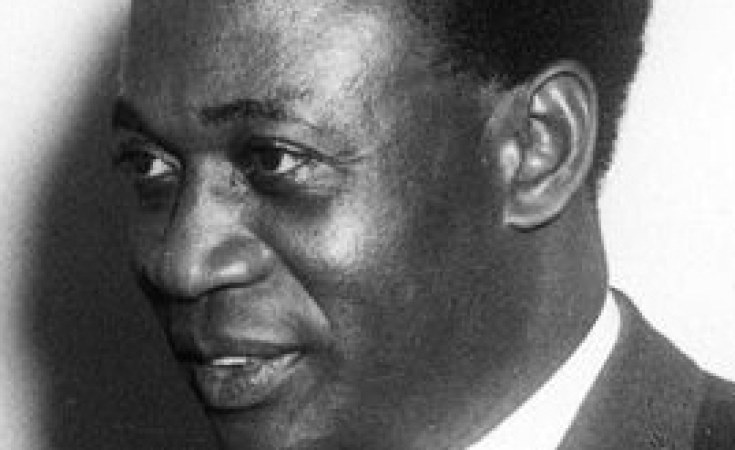 In the past 27 years, Ghana has witnessed three democratic changes of government. National electoral contests have been decided between two main parties, on either side of the political spectrum. There are also a number of minor parties, some of which trace their ideological and philosophical foundations to the independence leader, Kwame Nkrumah. In the most recent election, the smaller, Nkrumahist parties got only 1% of the vote and are barely staying afloat.

So why haven't they fallen away entirely?

My analysis suggests that the answer lies in patronage. I argue that party patronage plays a major role in the electoral strategies of the Nkrumahist minor parties. The parties tend to exploit or use 'blackmail' or 'coalition' potentials for leverage. Elections in Ghana have experienced keen competitiveness, and the winning margin between winners and losers fluctuates between 1% and about 4%.

Consequently, the votes of third parties are sought after by the two dominant parties.

Like the previous republics, Ghana's Fourth Republican dispensation which started in 1993, nurtured and consolidated a de facto two-party system.

Since the return to civilian politics in the early 1990s, the electoral landscape has been controlled by two political parties - the National Democratic Congress and the New Patriotic Party. With the exception of the first parliament, subsequent parliaments and the presidency have been dominated by the two major parties. These parties have alternated power at the presidential level.

Yet, several other parties have been registered by the electoral commission. Among them are the People's National Convention, Convention People's Party and the Progressive People's Party, which are Nkrumahist.

These parties, at various election cycles, have run for the presidency and parliament.

Kwame Nkrumah, the party that he founded and those parties that his vision, ideology or philosophy inspired dominated electoral politics in Ghana until the Fourth Republic. On the political spectrum, the main party to the left was the Convention People's Party, a splinter group from the United Gold Coast Convention. From 1949, until it was toppled in a military coup in 1966, it was the only party with a large nationwide following.

The second tradition was to the right of the political spectrum. Its leaders included the lawyer and statesman J.B. Danquah, who led the United Gold Coast Convention in the 1951 election. Chief S.D. Dombo was the leader of the largest opposition party, the Northern Peoples' Party, and K.A. Busia led the united opposition group, the United Party.

Since the inauguration of the Fourth Republic in 1993 however, the Nkrumahist parties have failed to capture the presidency or the parliament. Nonetheless, the parties have survived by using party patronage as an organisational resource.

The power to appoint citizens to serve in the public sector is vested in the president of the governing party. Power patronage has been used in all political administrations in Ghana. In 1992, then military ruler Jerry Rawlings and his newly formed National Democratic Congress party formed an alliance with the Nkrumahist National Convention Party.

This saw the nomination of the party's leader, Kow Arkaah, as vice-president. His appointment was a strategic manoeuvre to consolidate minority party votes in order to defeat the New Patriotic Party. Several other leading members were roped into the government after the election was won.

Similarly, in 1996, the opposition New Patriotic Party formed an alliance with the People's Convention Party. They lost the election however.

In the year 2000, the New Patriotic Party won their first national election. Then president John Kufuor appointed a leading member from the Convention People's Party, Papa Kwesi Nduom, as a minister of state. The only member of parliament from the party, Freddie Blay, was named a deputy speaker of parliament and voted regularly with parliamentarians from the governing party. He later resigned from the Convention People's Party and is currently the chairman of the governing New Patriotic Party.

Leading members of other Nkrumahist minor parties have also benefited from patronage that keeps their parties afloat. A former presidential candidate of the People's National Convention, Edward Mahama, now serves as an ambassador at large for the current government. Another leading member, Abu Ramadan, was also openly courted and appointed as a deputy director-general of Ghana's national disaster organisation.

Underlying the successes of pluralist politics are two major parties. Essentially, electoral contest is decided between the National Democratic Congress and the New Patriotic Party. Yet, the existence of minor parties cannot be discounted. The continuance of the Nkrumahist minor parties in Ghana can only be understood within the wider context of competitive elections and party patronage.