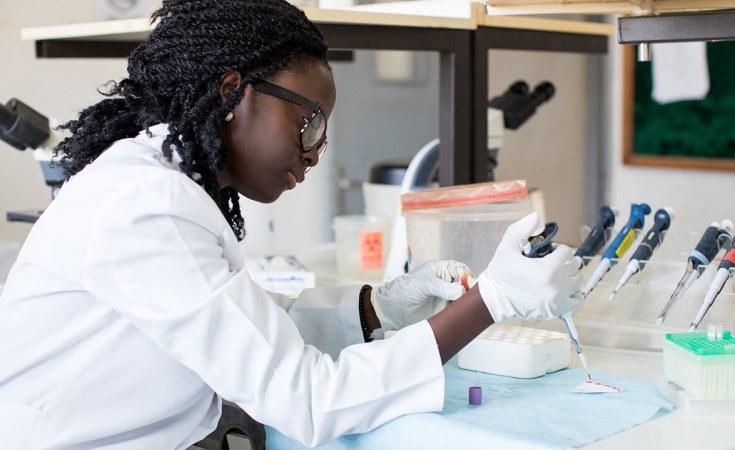 Windhoek — Southern Africa Development Community (Sadc) has recorded success in the battle against cases and deaths related to malaria, thanks to interventions by member states. This has resulted in a substantial reduction of mortality attributed to the infectious disease.

This was revealed by Sadc executive secretary Dr Stergomena Lawrence Tax during the joint meeting of Sadc ministers of health and HIV and Aids on Thursday. World Health Organisation (WHO) estimated in 2016 that between 2010 and 2015 the global incidence of and mortality rate from malaria decreased by 21 percent and 29 percent, respectively.

While malaria remains a priority in the region, Tax said, resources to address the disease have been dwindling. She said it is important, therefore, to come up with innovative ways of funding the fight and elimination of malaria, as done by eSwatini and Zambia.

These countries established their national 'End Malaria Funds' in May and June 2019 respectively to mobilise domestic resources to fight malaria by bringing onboard numerous stakeholders including the public at large, the private sector and cooperating partners.

But she cautioned: "We cannot attain sustainable financing for the health sector if we continue to over-rely on donor funding. In the face of ever-decreasing donor enthusiasm and dwindling funding, I, therefore, wish to call upon all member states to continue exploring innovative domestic funding streams to fund health interventions."

She said of great concern is that progress seems to have stalled over the past three years, which has left the majority of people in the region at risk of contracting malaria.

"Let us strive to do all it takes to sustain and consolidate the gains we have so far realised. We encourage our partners to continue supporting these areas and consider them 'the priorities among priorities'. We are addressing other health issues, but let us not lose focus on control and elimination of tuberculosis, malaria, and HIV and Aids," Tax urged.

She said Sadc strives to attain a common future where economic well-being, improvement of standards of living, and quality of life, among others, are guaranteed. According to her, it is encouraging that the Sadc region continues to make steady progress towards the attainment of the health and well-being of the peoples of Southern Africa.

Among others, the region has realised significant successes in building and strengthening national health systems and in addressing major diseases of public health concern.

As a result, Tax noted, Sadc has consistently observed a slow but steady decline in the incidence and mortality from diseases such as Aids, malaria, and tuberculosis.

Tax met Juliet Kavetuna, Namibia's Deputy Minister of Health and Social Services, Chitalu Chilufya, Minister of Health of the Republic of Zambia, who was accompanied by the Elimination Eight (E8) delegation in Gaborone last week and they agreed to vigorously work together to control and address malaria.

During the meeting, she was appraised on the progress made by the E8 in reducing the malaria-induced mortality rate.

"May I commend the E8 for the continued foresight and progress made. During the meeting, we agreed on the need to revitalise the E8, in line with your decision of 2009 establishing a sub-committee on malaria elimination to oversee both malaria elimination and control in the Sadc region. It is, therefore, important that these efforts are cascaded to cover the entire Sadc region, in the spirit of the Windhoek Declaration on Eliminating Malaria in the Sadc region as adopted by the Sadc summit in August 2018 in Namibia," she stated.

Nigeria's Ned Nwoko Moves Against Malaria in Africa
Tagged:
Copyright © 2019 New Era. All rights reserved. Distributed by AllAfrica Global Media (allAfrica.com). To contact the copyright holder directly for corrections — or for permission to republish or make other authorized use of this material, click here.