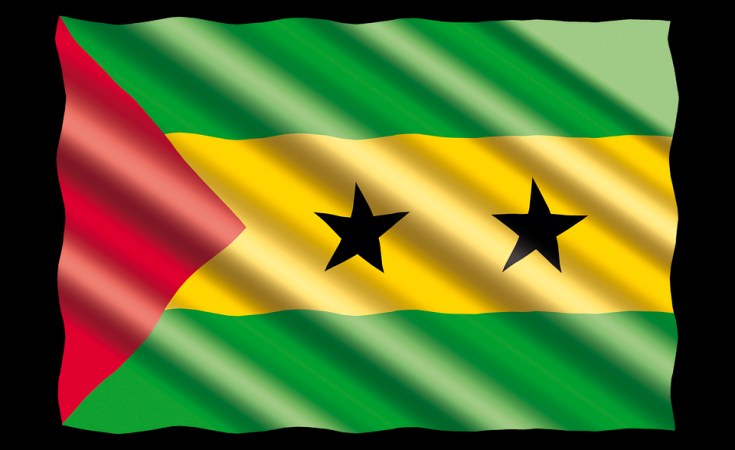 End-of-Mission press releases include statements of IMF staff teams that convey preliminary findings after a visit to a country. The views expressed in this statement are those of the IMF staff and do not necessarily represent the views of the IMF's Executive Board. This mission will not result in a Board discussion.

A staff team from the International Monetary Fund (IMF) led by Xiangming Li visited São Tomé and Príncipe during November 6 - 14, 2019. At the end of the visit, Ms. Li issued the following statement:

"The mission discussed the progress towards meeting the targets under the authorities' program supported by a new forty-month IMF arrangement under the Extended Credit Facility (ECF). [1] The ambitious program aims to put the fiscal position on a sustainable path, improve the business environment to encourage private investment, and prioritize public spending to protect the most vulnerable. Concerted efforts from the whole population are needed to implement decisive and difficult reforms.

"Macroeconomic conditions remain challenging. While inflation moderated, indicators point to a further slowdown of economic activity. Investment goods imports dropped, and exports contracted. Fuel shortages during mid-2019 also weighed on the economy. Tax revenues as of end-September 2019 were significantly lower than programed, although higher than last year. Furthermore, the stock of government's domestic arrears to the telecommunication company CST and the state-owned utility company EMAE increased on balance. On a positive note, since mid-2019, the government has started to pay down the stock of arrears.

"The authorities agree that it is critical to reform EMAE, which only pays a fraction of its oil supply bill. To ensure the country's energy security and curb the accumulation of new debt, the Management Improvement Plan at EMAE and the Least Cost Development Plan should be implemented expeditiously, with the support of the World Bank, to reduce losses, particularly through expanding renewable energy production. Efforts will be made to connect a recently rehabilitated hydro production facility to the distribution network. The government also recognizes that it is essential to apply the automatic fuel price adjustment mechanism to avoid further arrears to its fuel supplier. Every citizen can play a role in conserving energy, stopping theft of electricity, and paying utility bills.

"The adoption of a law to introduce the VAT in early 2020 represents a major achievement and will help generate revenue for social spending such as health and education. Currently, the country has the lowest tax revenue rate when compared with other small state peers. The VAT will replace current consumption and some other taxes. The law also includes lower rates for essential goods and the regular rate applies only to businesses with a revenue over a certain threshold; thus, the impact on the poor is likely to be limited given their reliance on subsistence agriculture and the informal sector. A social protection program supported by the World Bank will also help mitigate the impact. On the expenditure side, continuing to restrain current spending, particularly on personnel costs, will be crucial for creating room for social spending and investment. In addition, the 2020 budget should be based on a realistic projection of revenue.

"The dobra peg to the euro remains appropriate in helping to contain inflation in a country that depends heavily on imports. Continued fiscal consolidation will be needed to rein in domestic demand and build the necessary foreign exchange reserves buffer.

"To safeguard financial stability and integrity, continued efforts are needed, including complying with the country's financial institutions law, international standards (e.g. Basel Core Principles, AML/CFT (FATF) standards), and best practices regarding the establishment of new financial institutions. In particular, for any new entrant, the BCSTP should independently assess the institution's major shareholders, sources of capital and other funds, financial statements, strategic and operating plans, business model, governance, and suitability of proposed board members and senior management.

"The mission expresses its deep appreciation to the authorities for their cooperation, hospitality, and policy dialogue. It looks forward to active and continued dialogue in the future."

[1] The ECF program is a lending arrangement that provides sustained program engagement over the medium to long term in case of protracted balance of payments problems.

Tagged:
Copyright © 2019 International Monetary Fund. All rights reserved. Distributed by AllAfrica Global Media (allAfrica.com). To contact the copyright holder directly for corrections — or for permission to republish or make other authorized use of this material, click here.