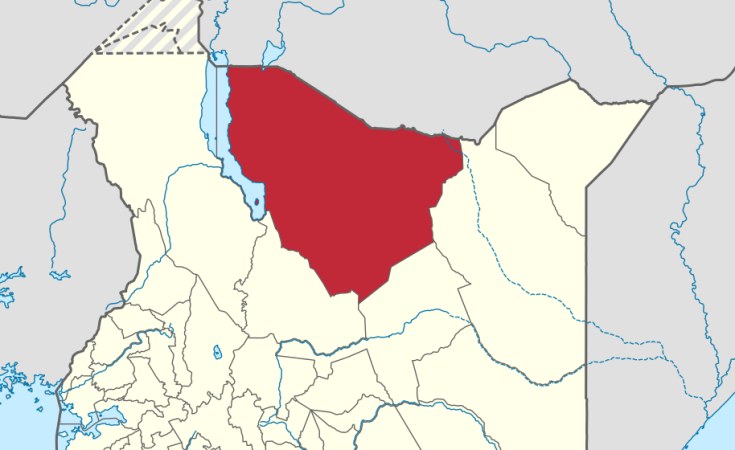 Arms trafficking and cattle rustling are driving local conflict in Kenya's northern border county of Marsabit. Scores have been killed in the politically motivated ethnic conflict this year alone. In the latest flare-up on 25 August, 12 people died in attacks on two villages in Marsabit's Forolle settlement along the Kenya-Ethiopia border.

Some 500 head of cattle and 1 000 goats stolen from Gabra pastoralists in this attack show the link between possession of small arms and light weapons and cattle rustling, a growing form of organised crime across the region. Cattle raiding is often a cover for attackers armed with sophisticated weapons they obtain from neighbouring countries.

Decades of conflict have led to a concentration of illegal firearms in the community, with war-hardened civilians in Marsabit County arguably having superior firepower over security forces. Kenya's civilian possession of weapons is unrivalled by other East African countries. According to a 2017 small arms survey, Kenya has 740 000 illegal firearms - the highest number in unofficial hands in the region.

Residents say some of the stolen livestock is bartered or sold to obtain more weapons, which helps attackers carry out more cattle raids. The victims on the other hand obtain weapons to defend themselves. Although the conflict is between two local communities, the access to weapons from across the borders makes it an international one. As a result, a criminal economy is flourishing as targeted communities seek to acquire weapons to defend themselves and their property.

Dida Galgalo, a local herdsman and former police reservist, told the ENACT organised crime project that pastoralists bartered one camel for an AK-47, and three camels for a G3 rifle. Armed pastoralists are better able to protect their families and livestock but they are often overpowered by bandits brandishing more sophisticated weapons, which he says are too expensive for pastoralists. One machine gun or bazooka costs five or more camels.

A county security officer who spoke to ENACT on condition of anonymity said the police couldn't match the sophisticated firepower used by locals. The police have previously relied on the Kenya Defence Forces to use air power to quell ethnic fighting in extreme instances.

The two groups in Marsabit with the longest history of animosity are the Borana and the Gabra. Due to ancestral links with the Ethiopian Oromos, the Borana enjoy support from the well-trained and well-armed OLF fighters. According to media reports, locals said the attackers used military precision and heavy assault weapons. Bazookas and machine guns were found on attackers' dead bodies.

The second route is a corridor from Somalia through the neighbouring town of Wajir. Weapons along this corridor come from al-Shabaab and reach Marsabit County with the help of corrupt security officials who allow the arms through security check points. The OLF route for the supply of sophisticated weapons is through Ethiopia.

Although ENACT couldn't independently confirm these routes, local administrative officials said OLF fighters served as conduits for sophisticated arms and as militia for hire. Arms trafficking and attacks are rampant on the Kenyan side of the border where security isn't as tight as on the Ethiopian side.

The OLF reportedly carries out its illicit activities on Kenyan soil. Its close links to both Kenya and Ethiopia's Borana ethnic community has received a lot of Kenyan media attention since the 1980s. Although its activities receive next to no media mention in Ethiopia, civil society organisation reports indicate activities in Ethiopia's Oromia Region in March 2018.

Over the past 50 years the Kenyan government has tried to resolve tensions in cross-border conflict-prone counties like Marsabit by issuing arms to community members appointed as police reservists. But due to poor state record-keeping, many of these weapons cannot be traced to ensure proper disarmament.

Many undocumented and untraced guns are handed to the government through disarmament exercises, especially when there is monetary incentive to do so. But this exercise also serves as a convenient cover-up for sophisticated modern weapons which are kept hidden after the old ones are handed over. Herdsmen told ENACT that state weapons previously held by reservists who were 'disarmed' in May 2019 were bartered for livestock on the black market.

Villagers told ENACT that heavily armed attackers routinely burnt homesteads and vehicles belonging to political rivals in the county. This points to organised groups with criminal intent enjoying political protection, which in turn favours arms traffickers. Political involvement became evident in October 2018 following the arrest of two members of parliament from the county over clashes that left 14 people dead.

The local race between the Gabra and Borana for small arms fed by weapons trafficking from neighbouring countries is likely to worsen as Kenya's 2022 general election approaches. Whereas cattle rustling is a convenient motive, arms trafficking is a major driver of the politically motivated conflict in Marsabit County.

As Counties Development Council policy adviser Achiba Galgule told ENACT though, 'weapons are just a symptom.' To stop the criminal arms economy, deep-rooted problems stemming from negative ethnicity in political competition must be dealt with. Until then, arms trafficking will continue to inflame the perennial conflict in Marsabit and other parts of the country facing similar challenges.