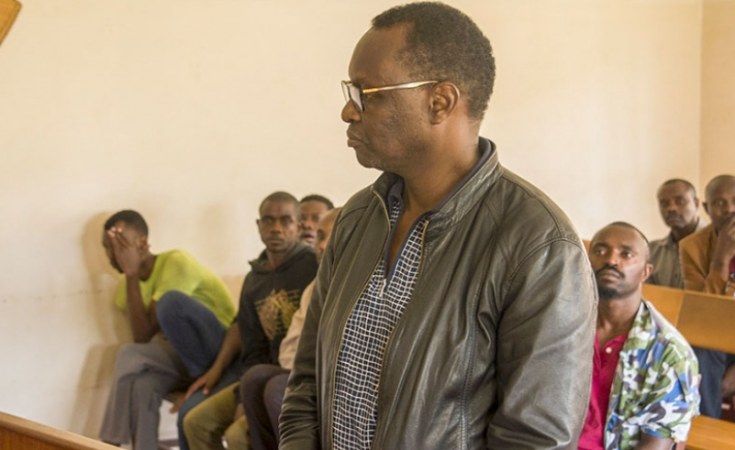 The Nyarugenge Primary Court has granted bail to former minister Robert Bayigamba, saying there were no strong grounds that link him to the fraud-related crimes he stands accused.

Bayigamba who previously served as the Minister for Youth, Sports and Culture is accused of fraud and acquiring someone's property through fraudulent means.

According to prosecution, Bayigamba fraudulently sold three plots of land to three different parties; and in one of the transactions, he is said to have taken a Rwf220 million as an advance payment on the sale from one of the buyers, a one Jean Claude Hagenimana, pending transfer of documents, a process he shunned.

Prosecution also said that Bayigamba submitted the title deeds for the same pieces of land as collateral to two creditors he owed: ADEPR church and Rwanda Revenue Authority (RRA).

In a well-attended bail ruling at the Nyamirambo-based court, the presiding judge said there is no strong evidence that show fraud in the ex-minister's actions.

According to the judge, prosecution did not produce enough proof to pin Bayigamba on the crime of acquiring someone's property through fraudulent means, since there are no documents submitted by prosecution to show that the ownership of the contested land had officially changed hands from Bayigamba to Hagenimana before the former transacted with other buyers.

In addition, according to the judge, Bayigamba had accepted to reimburse the Rwf220 million Hagenimana had given him as deposit, and according to a witness account as cited by court, the ex-minister's attempt to sell the land to other buyers was in a bid to raise money to pay back Hagenimana.

Court also said that prosecution's claim that Bayigamba submitted the title deeds of the same pieces of land as collateral to two of his creditors ADEPR church and RRA was not backed by evidence.

According to the judge, an official from ADEPR church testified that the title deeds were not received from Bayigamba as collateral, but they were rather confiscated from him as a result of his failure to pay their debts.

Almost the same applies to the RRA which also confiscated a title deed from Bayigamba on the basis of not paying taxes.

As such, the presiding judge granted Bayigamba bail, a declaration that prompted jubilation by some from the crowded court room many of them family members and friends of the former politician.

Neither Bayingamba nor his lawyer attended the Monday afternoon session.

Prosecution had in the previous hearing requested that Bayigamba be remanded pending further investigations, saying that he was a flight risk.

Among the reasons they advanced included the fact that he has family abroad, a claim that Bayigamba dismissed, saying that one of the reasons his family is abroad is that he has a sick child whose condition is not treated in Rwanda.

Bayigamba has also previously served as the Chairperson of Private Sector Federation, as well as president of the National Olympic Committee. 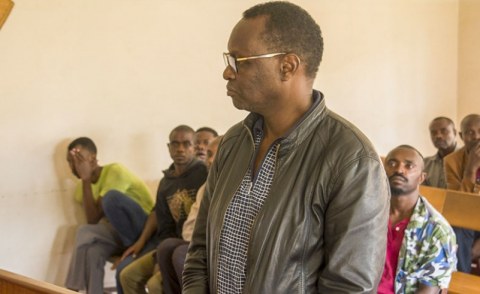