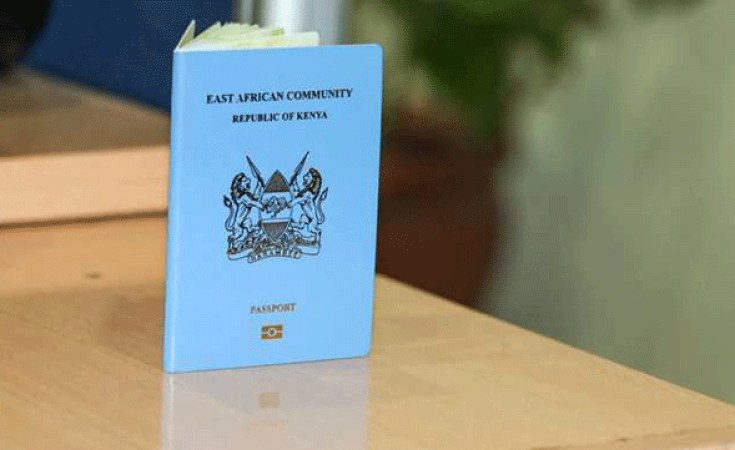 Kenya's population stands at 47.5 million and with every child born today owing the lenders $1,300. The country's domestic and foreign debt is now at dreadful Sh50 trillion ($50 billion), 15 per cent beyond the recommendations set for developing countries by the International Monetary Fund (IMF).

This is in addition to the current annual borrowing of nearly $2 billion to retire matured loans, finance infrastructure and address other budgetary expenditures.

The fear is that in few years of excessive borrowing and increasing debt ceilings without growing the economy or creating new innovative tax base, the national debt burden will reach unsustainable level and risks of economic decline.

Governments today have added a new arsenal for raising revenues through sale of citizenship, passports, permanent residency and special visa programmes as products to foreign nationals to complement normal tax base of the country. They are tailored to finance specific developmental issues like, research, job creation, or housing shortages.

Simply put, these items are being treated as a commodity of trade to raise income to fund the bloating debt crisis. Initially, the exercise can be limited to five years to assess its value on the intended purpose. Kenya is not the first country to adopt this taxation scheme to raise revenue to repay or considerably reduce its suffocating national debt to the affluent of the world.

The rich people who require this kind of services pay more than Sh200, 000 for a passport, basically to travel around the world, or thrice the amount for citizenship. They may not live in the country but just want to enjoy having dual citizenship for a rainy day and to access certain privileges offered to Kenyans.

The country will not sink because it added one more million extra resourceful immigrants to its population now facing a birth rate decline. Wealthy Africans, Indians, Chinese, Arabs and Europeans are sure clients and immediate customers Kenya can tap on to sell these products.

Potential foreign clients are already having residence permits in the country and have invested heavily in the economy, especially in real estate, manufacturing, education and hospitality. They will not mind paying a few more dollars to get Kenyan citizenship and passports to secure their status, properties and confidently create more wealth and jobs in the country.

This will potentially wean the government of addiction to loans and have the national debt significantly reduced or eliminated altogether. It will have other catalytic effects in national development and beckons the prospects of moving the country from its current middle income status to the upper middle economy.

This calls for enactment of appropriate laws and policies to fast track the sale of Kenyan citizenship and related immigration documents. A transparent structural reform of the department of naturalisation towards this end and in coordination with Kenya Revenue Authority, would be a good start.

Countries across the globe, from the US, to the small island nations of the Caribbean like St. Kitts and Navis, have adopted similar packages to prop up their economies; among them; the US (EB-5 visa programme), Spain (Golden visa programme), Canada (The Federal Immigrant Investor Program), Thailand ("Elite" visa residency).

For detractors or hardcore nationalist, comfort yourself and accept the fact that old doctrines of sovereignty and national honour are on the death bed because states have surrendered some of their authority and power to a web of international laws and bend towards their economic interests and welfare of the people. These trapping laws include charters, treaties, conventions, tribunals and the influence of multinational Corporations notwithstanding.

For example, the current East Africa Community (EAC) citizens can now seek permanent residency permits in any of the larger member states as stipulated in the EAC Charter and protocols. In few years, Kenyans will transit their citizenship to a new superstructure state of East African Federation, whose passport some are already holding.

The caution is that at no time is this proposal suggesting the magic bullet to cure the Kenyan debt problem is the selling of citizenship and immigration, it can only be supplementary to other efforts on the same. The traditional economic practice of supporting manufacturing base, entrepreneurship, increased local production and value addition for export is critical to national development and broadening of the taxation base.

Kenya is major international destination for many because of its hard working and friendly people, rich diverse cultures, good weather, beach and wild life tourism, snow-capped mountain and deserts to attract those willing to be part of it.