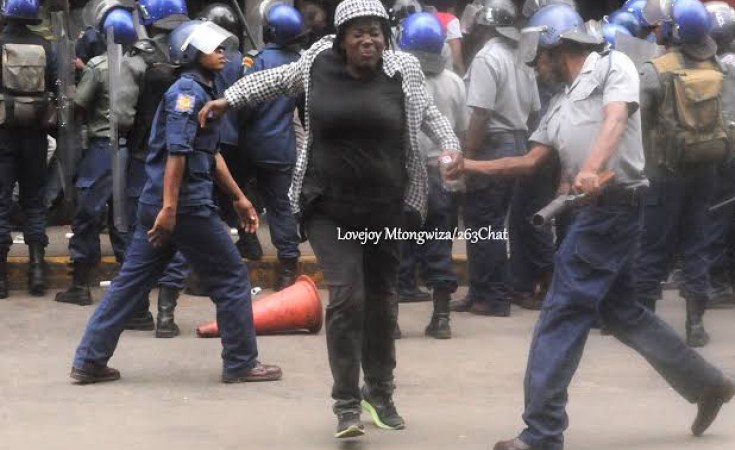 Lovejoy Mtongwiza/263Chat
A ZRP officer beats up a woman outside MDC party offices on November 20, 2019.
The Herald (Harare)
By Joseph Madzimure

They had gathered outside Harvest House after the party had cancelled a rally approved by police in the open area near Exhibition Park and opted for the party headquarters.

Police ordered the party's supporters to assemble inside the venue and vacate the streets but they defied the order.

The police intervention then came after the rowdy supporters continued waving placards, singing and chanting before the arrival of party leader Nelson Chamisa.

National police spokesperson Assistant Commissioner Paul Nyathi said: "The police engaged some MDC-Alliance officials including (Chamisa's spokesperson)Nkululeko Sibanda and asked them remove their supporters from the road but some of them became confrontational and stoned one police officer, who was injured and taken to hospital."

Clashes in the Streets as Zimbabwe Protest Banned
Tagged:
Copyright © 2019 The Herald. All rights reserved. Distributed by AllAfrica Global Media (allAfrica.com). To contact the copyright holder directly for corrections — or for permission to republish or make other authorized use of this material, click here.