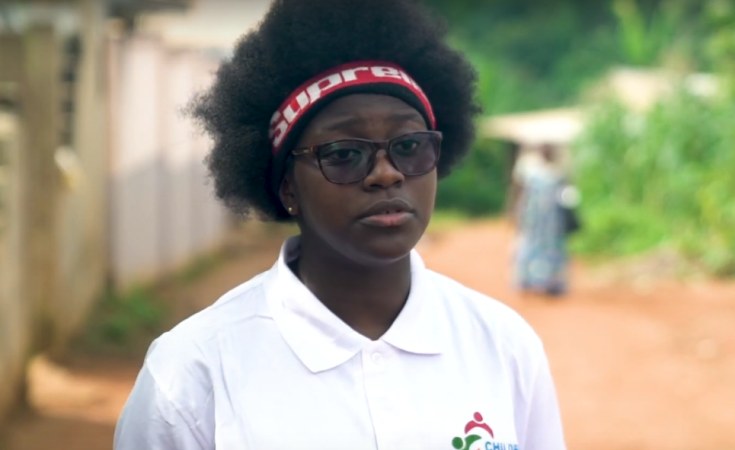 Yaounde — A 15-year-old girl from Cameroon is one of two winners of the 2019 International Children’s Peace Prize. Divina Maloum was rewarded for her efforts in promoting children's rights by visiting school to warn students against joining armed groups, such as Boko Haram.

Hundreds of children from schools in Yaounde, glued to their TV screens, applauded Wednesday as Maloum was given the International Children’s Peace Prize for 2019 in the Hague on the occasion of Universal Children's Day.

This is no small award.  The other winner of the prize was 16-year-old Greta Thunberg, the climate activist from Sweden, who was unable to attend the ceremony but said in a statement that she is "incredibly grateful and honored for this prize."

Among those watching Maloum accept the award was her civic education teacher, Ntigang Oumarou.

Oumarou said thanks to Maloum's association to Children for Peace, many young people in their schools and neighborhoods no longer consume drugs. She said after Maloum's talks and sensitization caravans, the community was alert and the police now  conduct regular controls to make sure drugs and alcohol are not sold around schools and to children. She said she was very proud of the 15-year old and wished her well.

Maloum created Children for Peace in 2014 after she visited Cameroon's northern border with Nigeria, where Boko Haram terrorism has killed more than 27,000 people and displaced two million others.

She said she was horrified that children were the greatest victims of the war and started thinking of what she could do to help those who were joining Boko Haram, either by force or out of ignorance.

"I noticed that the rights of children especially for girls were violated. You see a girl of five years getting married to an old man of 60 years. You see boys, girls who are carriers of bombs (suicide bombers), so I decided to create that association to stimulate the civic and voluntary engagement of children in the fight against violent extremism. To make them be peace builders in their communities. To also make them to be change makers," Maloum said.

Children for Peace now has a network of 100 children across Cameroon’s ten regions.  She has organized inter-community children’s peace camps, established peace clubs in mosques, and together with other children, issued a children’s declaration against violent extremism.

Maloum said she believed everyone can make a difference in bringing peace to their societies.

'My message to the world is that when the power of love will be greater than the love of power, man shall have another name which is God and that a youth, where you are as an individual, you can change the world and make a difference where you are going to," she said.

Maloum said her main concern now is for peace to return to the restive English-speaking regions of Cameroon, where most schools have been closed for three years due to fighting between armed separatists and the country’s military. 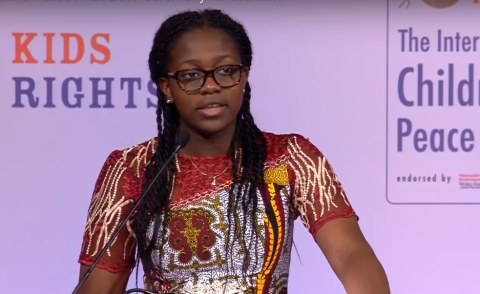 Cameroon Teenager Wins International Children's Peace Prize
Tagged:
Copyright © 2019 Voice of America. All rights reserved. Distributed by AllAfrica Global Media (allAfrica.com). To contact the copyright holder directly for corrections — or for permission to republish or make other authorized use of this material, click here.