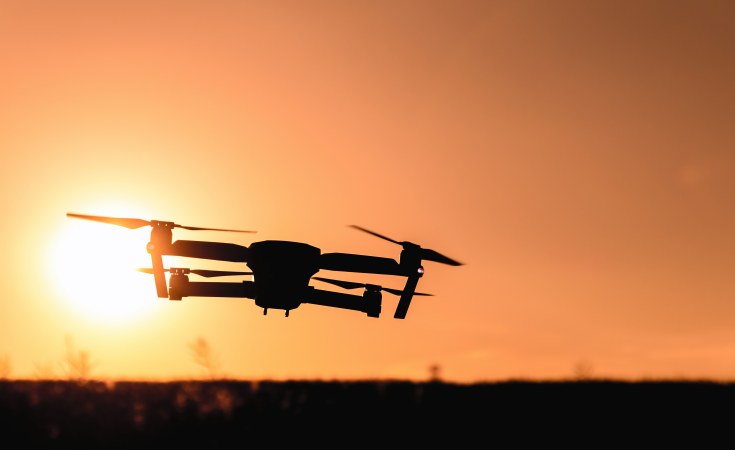 A US drone aircraft has been 'lost' over Libya's capital Tripoli, says AFRICOM, the US military's headquarters for Africa based in Stuttgart. For months, rival Libyan groups have fought for control of Libya's main city.

US Africa Command (AFRICOM), which from Germany oversees Africa -- an area three times larger than the US -- did not state a reason for the loss of its drone, said to have occurred on Thursday.

The remotely piloted aircraft (RPA) was "unarmed" and was conducting operations to "assess the ongoing security situation [in Libya] and monitor violent extremist activity," said AFRICOM in a brief statement, adding the incident was "under investigation."

The drone's usage had been "fully coordinated with appropriate government officials," said the US military hub located in the southwestern German city of Stuttgart, Germany and established since 2008 to oversee all US army, naval, air force and special operations across Africa -- put at "approximately" 7,000 personnel on the African continent.

Tripoli has since April seen battles, with stalemated frontlines, between a United Nations-recognized Government of National Accord (GNA), challenged from eastern Libya by forces led by military strongman Khalifa Haftar.

France alarmed over 'US disengagement'

The US drone-loss disclosure coincided with criticism Saturday from French Defense Minister Florence Parly, depicting what she termed a trend of "gradual US disengagement" across the Middle East.

Addressing a conference in Bahrain, she accused Washington of avoiding matching retaliation for attacks on Saudi Arabia blamed on but denied by Iran.

"When the mining of [merchant] ships went unanswered, a drone got shot," she said, referring to Iran's downing of a US drone over the Gulf in June and then air strikes on Saudi oil facilities in September.

Shelling around Libya's capital had prompted an "apparent spike" in departures of "at least" nine boats carrying more than 600 migrants headed for Italy in recent days, said the International Organization for Migration (IOM) late Friday.

Two non-government vessels -- Ocean Viking and Open Arms -- had rescued the occupants of five boats; four others were intercepted and sent back ashore by Libyan coast guards, said IOM.

The bodies of at least six migrants were found on Mediterranean shores at Khums, 110 kilometers (70 miles) east of Tripoli, said the IOM.

Past drone strikes in Libya, Somalia

Oil-rich Libya has been mired in chaos since a NATO-backed uprising that toppled and killed dictator Moammar Gadhafi in 2011.

In September, AFRICOM said it had killed 17 suspected Islamic State (IS) group jihadists in southern Libya.

That strike -- the third within a week -- had been conducted "in coordination with the UN-recognized GNA, AFRICOM said, to "stabilize the political situation in Libya."

Two of those strikes were on near Murzuq, an oasis town 1,000 kilometers (600 miles) south of Tripoli and outside the control of the GNA and Haftar's forces.

In October, Amnesty International, referring to a US drone strike in southern Somalia on March 18, accused the US military of killing three civilian farmers.

AFRICOM replied that with "reasonable certainty" the vehicle targeted was carrying fighters of al-Shabaab, a group linked to al-Qaida and IS in Somalia.

"US Africa Command minimizes the risk to civilians by following a thorough, reasonably methodology that accounts for weapons effects and mitigates risks to civilians," said AFRICOM at the time.