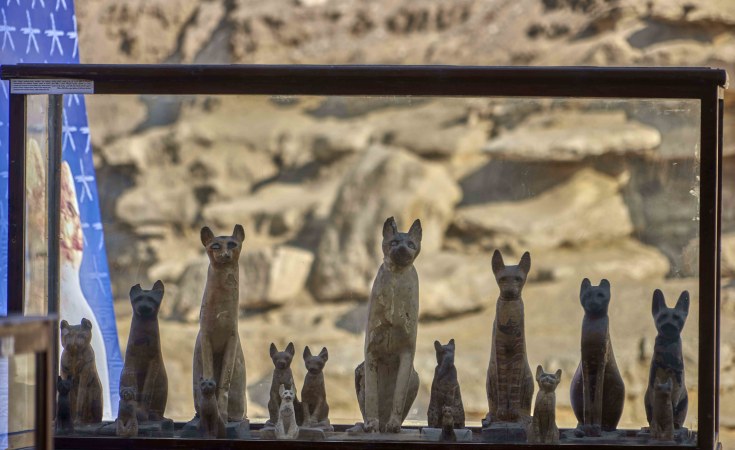 Cats were considered sacred by the ancient Egyptians so it was unsurprising that the discovery of mummies included so many felines. Lion cubs, however, are a much rarer find.

Egypt unveiled a collection on Saturday of 75 wooden and bronze statues, as well as lion cub mummies decorated with hieroglyphics.

The unveiling took place at the Saqqara necropolis near the Giza pyramids in southern Cairo and also included mummified remains of crocodiles, snakes, birds and cats.

Statues of an Apis bull, a mongoose, a falcon and the ancient Egyptian god Anubis in animal form were also revealed in the excavation.

Antiquities Minister Khaled El-Enany described the discovery as "a [whole] museum by itself."

Enany added that the trove belongs to the 26th Dynasty, which dates back to the 7th century BC.

Archaeologists often find cats in mummy form as they were considered sacred animals by ancient Egyptians but the recovery of a lion in the same state is unusual. Indeed, the first lion skeleton was discovered in Saqqara in 2004.