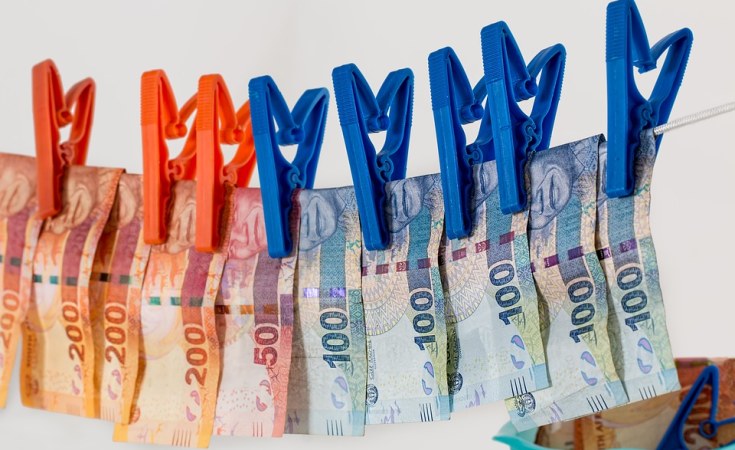 As the government celebrates the transition from the multi-currency regime to a mono-currency system as one of its successes towards currency reforms, it is a different situation altogether in rural Matabeleland where there is a thriving rand economy.

The government in June promulgated Statutory Instrument (SI) 142 of 2019 which ended the multi-currency system that had been in place since 2009, but in most of Matabeleland's rural areas, the rand is the trading currency of choice for many shops and individual traders.

SI142 was promulgated after claims by government that foreign currency is not an available commodity of exchange in the money market.

However, for communities in the periphery of Zimbabwe's borders with South Africa and Botswana, foreign currency remains the sole medium of exchange in business transactions.

Access to foreign currency enables local traders to import goods from neighbouring countries and selling them in rand.

Pricing is lower in foreign currency in these shops compared to prices in urban areas.

Rand remittances from the diaspora are usually on the increase towards the festive season, contributing to a boom in businesses.

According to the World Bank, diaspora remittances to Zimbabwe amounted to about US$1,9 billion or 9.6% of the country's gross domestic product in 2018.

Local industry and bankers have been lobbying, with little success, for the use of the South African rand as a transacting currency and the United States dollar as a reserve currency.

At Tsholotsho business centre in Matabeleland North, one cannot miss the big number of South African registered vehicles, some of which are cross-border transporters commonly referred to as Omalayitsha ferrying groceries sent by many Zimbabweans based in South Africa.

Many traders import their goods from South Africa for re-sale locally, in that country's currency.

A recent visit to Tsholotsho showed that while some traders still accepted the Zimbabwe dollar, the pricing forces consumers to transact in rands.

"Basic commodities are ridiculously expensive in local currency, but quite affordable in rands," Nkosikhona Ncube, a villager, observed.

A 2kg packet of sugar is 45 rand or $40 cash -- which is scarce -- and $60 using the mobile money transfer facility while some commodities like mealie meal are sold in forex only.

While the use of the rand has brought relative stability and affordability and a steady supply of goods and services to rural Matabeleland, the situation has impacted negatively particularly on civil servants', who get their salaries in local currency.

Villagers, who have no relatives in the diaspora have been the hardest hit.

"Some civil servants have even resorted to selling airtime using South African currency so that they can be able to buy basic commodities, which are cheaper in rand," Betty Sibanda said.

A teacher at Tsholotsho High School said he changes his salary into rand as soon as he gets paid to preserve value.

"I have no option but to change my salary, which is in Zimbabwe dollars to the South African rand every month," he said.

"This is the only way to ensure I can buy some grocery here in Tsholotsho instead of travelling all the way to Bulawayo over 100km away to buy my groceries in local currency."

In Bulilima, Matabeleland South, most commodities are now pegged in foreign currency even though traders accept local currency.

However, they do not accept mobile money payments as there is limited or no access to mobile networks.

Communities there rely mainly on Botswana mobile phone networks due to lack of enabling telecommunications infrastructure.

Some parts of rural Matabeleland still suffer from poor network connectivity, with villagers forced to climb trees and mountains just to make telephone calls, making it impossible to transact using mobile money transfers such as Ecocash.

The Postal and Telecommunications Regulatory Authority through the Universal Services Fund (USF) has, however, been on a drive to construct base stations, a development that is envisaged to see people living in some parts of rural Matabeleland being connected to local mobile network operators.

The USF was established to, among other things, finance the extension of communication services to underserviced areas.

In some parts of Plumtree, villagers especially those living far from the border town, still do not have access to local radio and television, 39 years after independence.

Many people in the area, especially those living in Mphoengs and Maitengwe border areas, listen to radio and television from neighbouring Botswana because there is no local broadcasting signal.

Effie Ncube, the executive director of the National Consumer Rights Association, a local consumer watchdog, said it was unfortunate that the country's economic situation has created pockets of different economies, which he said while benefiting some, left those vulnerable worse off.

"The economic crisis led to the scattering of people into the diaspora, who are now remitting different currencies and those currencies are forming their own currencies on the ground and those without access are left a lot poorer," Ncube argued.

"The crisis we face as a country has created pockets of different economies; for the poor and for the rich; for the rural and urban people; for those who have access to the rand and those who don't... that the chaos that was introduced by the economic collapse of Zimbabwe.

"Government policies like the one outlawing the use of foreign currencies must be in tune with social and economic realities on the ground.

"In Matabeleland, the rand has always been the preferred currency of choice.

"The economic situation on the ground was self-regulating and it worked for the people."

Gwanda based commentator Bekezela Maduma Fuzwayo weighed in, saying the situation in Matabeleland South was difficult, particularly in the districts bordering Botswana and South Africa.

He said businesses in the areas were not accepting the local currency -which is in very short supply - compared to the South African rand and Botswana pula.

"The small businesses are also getting goods for the shops from across the borders and so cannot deal in local currency," Fuzwayo said.

"It's even particularly worse that most of the areas do not have mobile phone coverage and so mobile money cannot be used.

Zimbabwe on Brink of 'Man-Made' Starvation - UN
Tagged:
Copyright © 2019 Zimbabwe Standard. All rights reserved. Distributed by AllAfrica Global Media (allAfrica.com). To contact the copyright holder directly for corrections — or for permission to republish or make other authorized use of this material, click here.