Kenya: Eliud Kipchoge Wins Male Athlete of the Year - What They Said 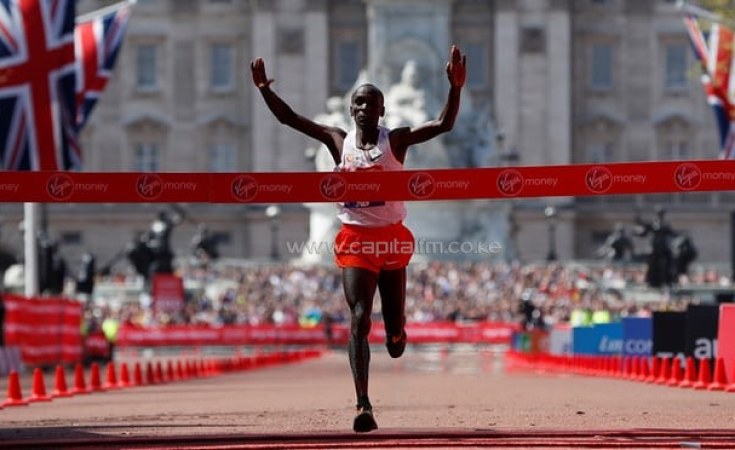 Kipchoge, 35, beat four other contestants to retain the award during the World Athletics gala in Monaco on Saturday night.

"Congratulations @EliudKipchoge on winning the World Male Athlete of the Year 2019 award. You are an inspiration to many and keep flying the Kenyan," tweeted ODM leader Raila Odinga.

Energy Cabinet Secretary Charles Keter tweeted, "Congratulations @EliudKipchogefor being crowned the male athlete of the Year at the World Athletics Awards 2019. You've continuously kept flying the Kenyan flag high, running clean and pushing the limits of not only yourself but a whole generation. Well done!

"Congratulations@EliudKipchogefor winning the male athlete of the year award. Keep flying the Kenyan flag high. We are proud of you," tweeted Migori County Senator Ochilo Ayacko.

Journalist Carol Radull also took to Twitter to commend Kipchoge for the accolade, "Congratulations@EliudKipchogefor winning the male athlete of the year award. Keep flying the Kenyan flag high. We are proud of you.

Marathoner Kipchoge Crowned Kenya's Best 2019 Sportsperson
Tagged:
Copyright © 2019 The Nation. All rights reserved. Distributed by AllAfrica Global Media (allAfrica.com). To contact the copyright holder directly for corrections — or for permission to republish or make other authorized use of this material, click here.

Gold Theft in Zimbabwe - a Huge Problem But Is It Getting Worse?
U.S., Canada and Africa