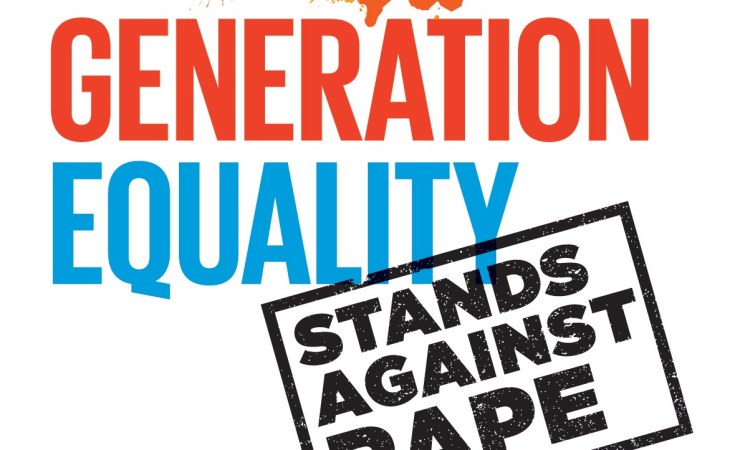 United Nations
The 2019 theme for the International Day for the Elimination of Violence Against Women is ‘Orange the World: Generation Equality Stands Against Rape’. This year's International Day on November 25 will mark the launch of 16 days of activism that will conclude on 10 December 2019, which is International Human Rights Day.
Inter Press Service

United Nations — Violence against women and girls is among the most widespread, and devastating human rights violations in the world, but much it is often unreported due to impunity, shame and gender inequality, the UN highlighted ahead of Monday's World Day to stamp out abuse of women and girls.

Here is the grim reality, in numbers: A third of all women and girls experience physical or sexual violence in their lifetime, half of women killed worldwide were killed by their partners or family, and violence perpetrated against women is as common a cause of death and incapacity for those of reproductive age, as cancer, and a greater cause of ill health than road accidents and malaria combined.

The prevalence of the issue, "means someone around you. A family member, a co-worker, a friend, or even yourself" has experienced this type of abuse, Secretary-General António Guterres said in his message to mark the Day.

"Sexual violence against women and girls is rooted in centuries of male domination", he added, reminding the world that stigma, misconceptions, under-reporting and poor enforcement of laws perpetuate impunity in rape cases.

A third of all women and girls experience physical or sexual violence in their lifetime, half of women killed worldwide were killed by their partners or family, and violence perpetrated against women is as common a cause of death and incapacity for those of reproductive age, as cancer, and a greater cause of ill health than road accidents and malaria combined

To spotlight the scale of the problem, on this year's International Day of the Elimination of Violence against Women, the United Nations is sharing the many ways in which the scourge manifests itself in physical, sexual and psychological forms, and the organisation is underscoring the life-altering, adverse consequences women suffer as a result.

The Declaration on the Elimination of Violence Against Women, issued by the UN General Assembly in 1993, defines violence against women as "any act of gender-based violence that results in, or including threats of such acts, coercion or arbitrary deprivation of liberty, whether occurring in public or in private life", the UN highlighted on the Day.

Beginning Monday, and for the upcoming two years, the UN chief's UNiTe to End Violence against Women campaign will focus on the issue of rape as a specific form of harm, encouraging people to join the initiative and "Orange the World."

She said the end of the horrendous act would mean eliminating a "significant weapon of war from the arsenal of conflict", the absence of a daily risk assessment for girls and women who actively work to avoid an incident that could leave them scarred.

"Rape isn't an isolated brief act. It damages flesh and reverberates in memory. It can have life changing, unchosen results - a pregnancy or a transmitted disease", Ms. Mlambo-Ngcuka stressed, adding that consequences of a one-time act can sprawl into damaging long-term effects.

"It's long-lasting, devastating effects reach others: family, friends, partners and colleagues", she continued.

In addition, research by the World Health Organization (WHO), details disturbing impacts of violence on women's physical, sexual, reproductive and mental health:

More women abused than not, in US

Some national studies examining incidents in the United States show that up to 70 per cent of women have experienced physical and or sexual violence from an intimate partner, according to UN Women.

The agency cited that nearly a quarter of female college students reported having experienced sexual assault or misconduct in the US, but harm targeting women and girls knows no bounds.

Meanwhile, even in regions where incidents are less likely, as in East Asia and Western Europe, more than 16 per cent and 19 per cent of women have experienced intimate partner violence, respectively.

Psychological violence is another layer to the problem, with some 82 per cent of women parliamentarians in a recent study, reporting having experienced remarks, gestures, threats, or sexist comments while serving - most often via social media.

While gender-based violence can happen to anyone, women who identify with the LGBTI community, migrants and refugees, indigenous minorities, and those living through humanitarian crises, are particularly vulnerable to gender-based harm.

"Almost universally, most perpetrators of rape go unreported or unpunished", Ms. Mlambo-Ngcuka explained. "For women to report in the first place requires a great deal of resilience to re-live the attack... In many countries, women know that they are overwhelmingly more likely to be blamed than believed."

Attacks targeting women continue to be an obstacle to achieving equality, and impede the promise of the Sustainable Development Goals (SDGs) to leave no one behind.

Several public events are being coordinated for this year's International Day to commemorate the fight against gender-based violence, spotlighting rape specifically.

Criminalizing the offense, placing women in positions of power, and strengthening the capacity of law enforcement, are some steps to increase accountability in incidents of sexual assault.

The effects of such violations suppress voices and traumatize, at "an intolerable cost to society", said Ms. Mlambo-Ngcuka.

"No further generations must struggle to cope with a legacy of violation."

Lighting Up the World in Orange to Stand Against Rape

Africa Needs New Impetus in its Journey Towards Gender Parity
Tagged:
Copyright © 2019 Inter Press Service. All rights reserved. Distributed by AllAfrica Global Media (allAfrica.com). To contact the copyright holder directly for corrections — or for permission to republish or make other authorized use of this material, click here.