The largest agricultural employer in the Democratic Republic of Congo is Plantations et Huileries du Congo S.A. (PHC). In a country where two-thirds of the population live in poverty, PHC employs thousands on its oil palm plantations. The company, a subsidiary of Toronto-listed Feronia Inc., has received millions of dollars from the development banks of four European countries – Belgium, Germany, the Netherlands, and the United Kingdom.* The employment provided by PHC could be critical in lifting people out of poverty and improving their lives. However, many workers are exposed to toxic chemicals, paid extremely low wages, or housed along streams of industrial waste.

Birgit Schwarz speaks to researcher Luciana Téllez-Chávez about her new report, the role of development banks, and what needs to change to keep development money from funding labor abuses and pollution.

Why did you focus your research on these oil palm plantations?

These plantations provide jobs for many people. But their workers are being underpaid and exposed to unhealthy working conditions. The European development banks that finance these plantations see their mission as fostering sustainable development. However, while their investment is indeed helping generate employment, the banks risk sabotaging their own mission by failing to ensure that PHC respects the basic rights of their workers and the environment they operate in.

What abuses did you find?

We spoke to more than 100 workers across the company's 3 plantations and found that workers who applied or mixed pesticides didn't have adequate equipment to protect them from toxic chemicals, abusive employment practices resulted in extremely low wages, especially for women, and the company dumps untreated, foul-smelling waste in rivers and next to workers' homes, a practice that appears to have contaminated the only drinking water source for hundreds of villagers downstream.

What happens to the palm oil produced by PHC?

Palm oil is used in everything from makeup to cookie dough. PHC sells its palm oil to Congo-based refineries that have contracts with various major brands, including some that market their products internationally.

What kind of pesticides are being used on PHC's plantations?

Half of the active ingredients in the pesticides PHC uses are considered hazardous by the World Health Organization (WHO). Most have properties that cause skin problems and severe eye damage. One of the pesticides used can cause cancer, and Germany is planning to ban it by 2023. European regulators recently recommended revoking the permit for another pesticide used on PHC plantations because it can affect the nervous system.

Was the plantation workers' health affected by these pesticides?

Over 200 workers spray or mix pesticides on PHC plantations. Each day, sprayers will treat between 300 and 600 palm trees and mixers will blend 200 gallons (approximately 757 liters) of pesticide formula. They are handling huge volumes of toxic chemicals. We interviewed more than 40 of these workers. Two-thirds of them told us that they had become impotent since they started the job. Many suffered from skin irritation, itchiness, blisters, eye problems, or blurred vision - all symptoms that are consistent with what scientific texts and the products' labels describe as health consequences of exposure to these pesticides.

What kind of protection were workers supplied with?

Workers were told they should have waterproof overalls. But all those we interviewed had permeable cotton overalls. If pesticides accidentally spilled, the toxic liquid would likely touch their skin. The face masks the company distributes protect workers from dust, not from inhaling pesticides. Many workers did not have goggles to protect their eyes. And the gloves they were given were often absorbent rather than impermeable. This equipment does not meet the minimum health and safety standards established under international norms or Congolese law.

Were workers told about the risks of handling these pesticides?

The training manuals the company distributed to workers described the environmental impact of pesticides but did not provide comprehensive information about the health risks.

Congolese law requires "reinforced" medical surveillance for workers who perform hazardous occupations. To meet this requirement, the company has established compulsory medical testing for pesticide workers twice a year, but most told us they only get to go once. None of those we interviewed received the results of their examinations. As the plantations are in very remote areas, company doctors are the only accessible providers of health care.

What impact do these plantations have on the environment?

At the Yaligimba plantation, the company dumps the waste from its palm oil mill next to workers' homes. The effluents form a foul-smelling stream. We walked along sections of this stream for several kilometers, tracking our journey on GPS. The effluent eventually flowed into a natural pond where women and children bathe and wash cooking utensils. By superimposing our GPS coordinates on satellite images, we were able to see that this pond was connected to a small river. Residents of a village of several hundred people downstream told us the river was their only source of drinking water. Their community leader filed a formal complaint last November with the company's grievance mechanism. When we spoke to him three months later, he said the company still had not taken action to end the untreated waste dumping or provide alternative sources for safe drinking water.

What does the company have to say about the allegations of rights abuses?

We shared a summary of our findings with Feronia and PHC in September, but they have not yet responded. We did, however, interview 20 company officials on the plantations and at their office in Kinshasa. Several said the company was dumping untreated waste. The sustainability director, who oversees the health and safety department, admitted that the overalls of workers who spray pesticides are not waterproof, but did not otherwise think the equipment was inadequate.

Are the development banks lifting people out of poverty with their investment?

The majority of the company's workforce is employed through temporary contracts. These enable the company to hire people for extended periods of time without the benefits they would be entitled to under Congolese law. Many workers told us they could only afford to eat once a day and had incurred sizeable debt to meet their families' needs. Women workers reported the lowest wages. One mother of six said she earned as little as US$7.30 a month.

Where can workers turn to stop these abuses?

It's very difficult for workers to reach out to authorities with complaints of abuse as the plantations are in remote areas. To reach Boteka, the plantation in Équateur Province, we had to fly from Kinshasa to the provincial capital and then drive for a couple of days through the rainforest. To get to the other plantations, we rented a speedboat and travelled a total of 1,200 kilometers on the Congo River. Government agencies are often too underfunded and poorly staffed to make regular trips to the plantations to inspect labor conditions or waste removal.

Are the four banks aware of these human rights violations?

The development banks told us they knew not all workers have protective equipment and that the company is dumping untreated waste. They are also aware of the widespread use of temporary contracts. They said they addressed many issues through risk assessments and actions plans, but they wouldn't disclose the details for commercial reasons, so we don't know what they did or might be planning to do. What we do know is that these measures have not stopped the abuses.

What needs to change to ensure that money meant for development is not funding abusive practices?

First, the development banks should acknowledge the obligations they have under international human rights law to prevent abuses. Second, more transparency is needed. Communities should know how companies plan to operate and what risks they pose to their rights and livelihoods. There is a problem of accountability, too. The complaint mechanisms the banks have created are a step in the right direction, but they are still too weak to enable victims to access justice and reparations for rights violations. Lastly, the banks should use their leverage to press PHC to address the abuses we documented. When development banks invest in development projects, it is crucial that they apply the same human rights standards that they would be expected to uphold in their own countries. 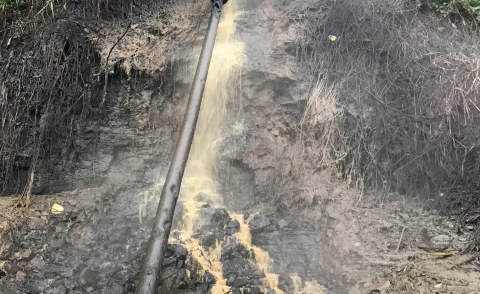 A Toxic Mix of Abuses on DR Congo’s Oil Palm Plantations
Tagged:
Copyright © 2019 Human Rights Watch. All rights reserved. Distributed by AllAfrica Global Media (allAfrica.com). To contact the copyright holder directly for corrections — or for permission to republish or make other authorized use of this material, click here.